You are here: Home / TV / Anime / Life’s not easy as a magic weapon: A review of Soul Eater Not 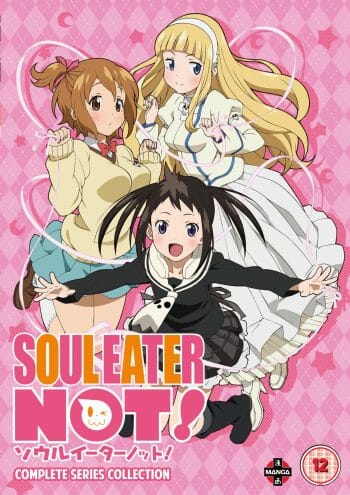 Soul Eater is my favourite reminder why you need to give an anime two or three episodes before you can safely decide whether you like it. Soul Eater starts off a bit whacky but soon gets deep, dark and interesting.

Soul Eater Not is more of a spin-off than a sequel though most of the Soul Eater characters either appear occasionally or make a cameo.

If you’ve seen Soul Eater you’ll know there are two types of pupil at the school; the Meisters who fight with Lord Death against evil and the Weapons. The Weapons are people too; they can just transform into whatever type of weapon they can be. It’s partnerships between the Meisters and Weapons, finding someone you can fight with, that become the important step in the battle against the witches and other cruel foe.

There’s another divide in the Death Weapon Meister Academy. Pupils are divided into two groups. There’s the EAT class who will go on to become elite warriors. There’s the NOT class who will not, but who train to master their abilities (rather than be a risk to us all) or who might seek out other opportunities.

As the name implies Soul Eater Not follows a group of female studies who only qualify for the NOT class. In particular, we follow freshman Tsugmi Harudori, who is trying to control her ability to transform into a halberd. She befriends two meisters who find themselves in competition to see which one will become her partner. 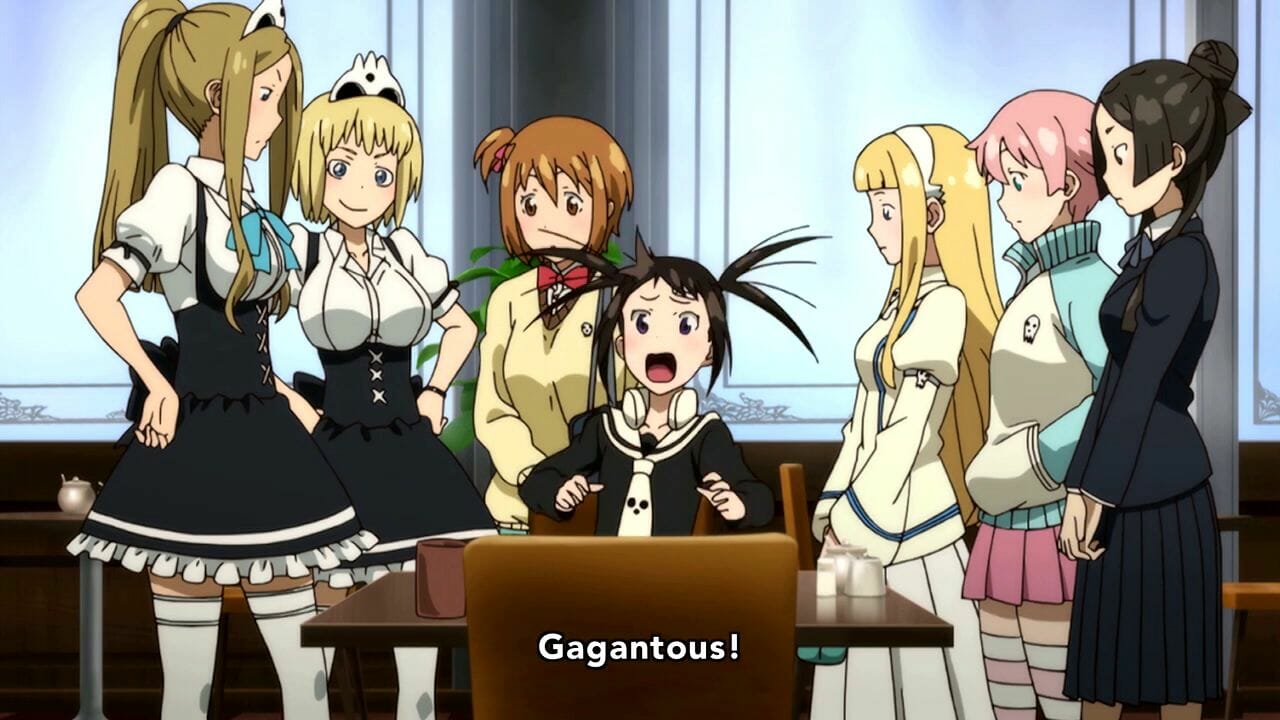 Soul Eater Not has a much lighter tone than Soul Eater. It’s almost a magical school girl story. As the anime unfolds the girls get a job at the local café (Deathbucks) and learn to cope with customers and other annoying staff (which Soul Eater fans will have sympathy for). But there are secrets and even from the first few episodes there are signs of something darker lurking underneath.

There’s a witch on the loose in the city and, as you’d expect, these three girls of the NOT class will get caught up in her evil plans.

I wasn’t sure whether Soul Eater Not would resonate with me when I started to watch it. I was curious. After Soul Eater not turned the corner for me, I thought I owed it the series to give NOT a chance as well. 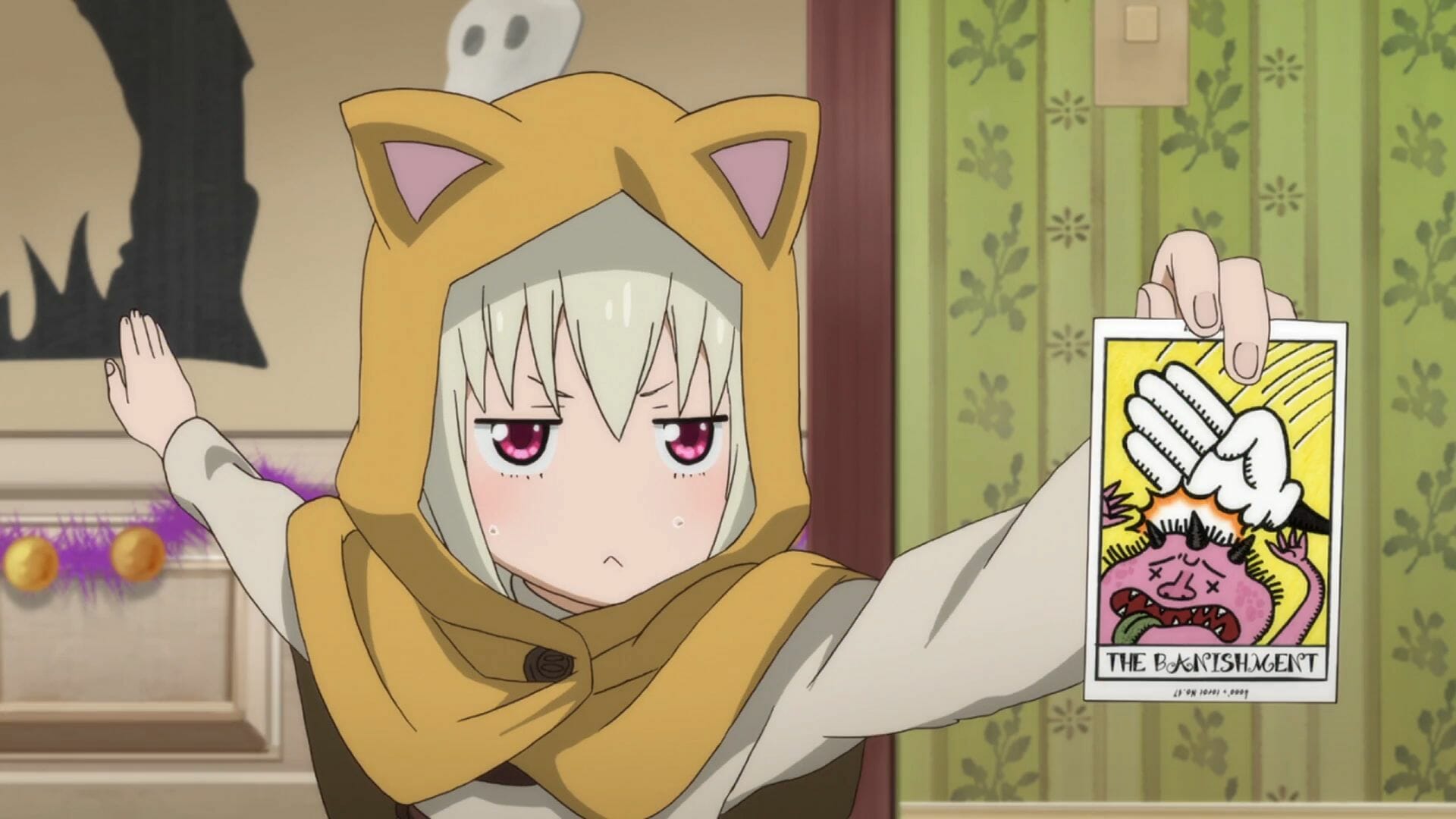 While NOT isn’t going to go down as one of my favourite animes of 2016 I did enjoy it. The first few episodes are wrapped up in the protection of meeting Soul Eater characters and finding out more about the world. The plot successfully promises more drama than just three girls coming to grips with being away from home at a strange school quickly enough. There’s no escaping the fact that Soul Eater Not is about friendship, though, and built on its cast of characters.

My copy of Soul Eater Not was provided for review.

Life’s not easy as a magic weapon: A review of Soul Eater Not 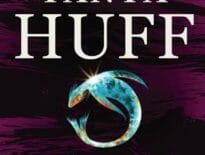 Books Don’t annoy the supernatural: A review of Th… 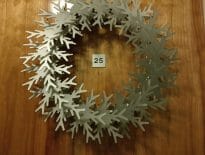