You are here: Home / Games / Console / Destiny’s Rise of Iron and eSports

I’ve recently come back to Destiny. I started playing when the game launched, going from a pre-order gamer on the xBox 360 to stopping just after The Dark Below was released. My return to the game is timed with the late arrival of a ‘next gen’ console in the form of the xBox One S.

The game has changed a fair bit. The currency system has been solidified into Legendary Marks and the reputation system across factions seems fairer. The additional DLC units, The Dark Below, House of Wolves and The Taken King have added to the otherwise too short story line. You no longer have to grind. All-in-all Bungie’s tweakings have improved the core proposition although I’m not a fan of the platform game elements that have appeared in which Guardians have to leap and jump on queue onto floating blocks.

The latest expansion is called the Rise of Iron. It’s named after the Iron Lords of the Crucible. Let’s take a look at this week’s Gamescon trailer.

Straight out of the gate the trailer talks about Crucible and just when you might think the update is entirely focused on the PvP elements it changes tact to talk about new story elements and reassures us that the DLC is all about the story.

It’s not. The Rise of Iron is all about Crucible – Destiny’s player versus player and team versus team area – but Bungie has to get the balance right. Players, like myself, have no time for the Crucible. I’m not interested in the PvP at all.

Another balance Bungie must strike is that of adding new stuff versus layers and depth of the games’ mythology. The Taken King took the current alien races of the Darkness and made Taken versions of them. We had dreg, minotaurs, captains, goblins and all sorts of cabal painted black, given some more powers and made more aggressive. The same trick will be repeated for Rise of Iron but this time the modifier will be the nano-machine technology dug up by the Fallen. Now we’ll see red versions of the Darkness races. Is this a better option than not adding new enemy types or suddenly finding a Darkness side that, mysteriously, has never been mentioned before?

So why do I think Rise of Iron is all about the Crucible? There’s no doubt there’s a whole bunch of new content for the Crucible in this DLC. There’s more than new maps and a story line around Lord Saladin as there’s a whole new game type. In Supremacy two teams fight over honour crests dropped by fall Guardians. Kills don’t award points; only capturing the crest that appears after the kill will.

That’s not the biggest news, though. Destiny will add private matches to the system and raise the profile of clans. Private matches mean you and your friends can set up a Crucible match for just you and your friends; locking out those 14 year olds who have done nothing over their summer holiday except play Crucible or those sexist twaddlefaced gits who always seem to appear online when your girlfriend is trying to play.

Most significantly the addition of private matches makes the Crucible far better suited for eSports. Now it’ll be possible to set up competitive matches or even run entire leagues.

On reflection; it’s strange it took Bungie this long to nudge into eSports. eSports is big business, it’s expected to exceed $1bn in value by 2017 even if the growth is slowing. Sites like Twitch are helping to turn games into a spectator sport and Destiny is beautiful. Companies like William Hill already support punters taking bets on games like Starcraft 2, League of Legends, DoTA 2 and Overwatch. A look at their odds page reveal teams as well as individuals going head to head in these titles.

Destiny’s already improved its monetarisation efforts by allowing you to spend real money to get in-game silver and then spend that in-game silver to get a mysterious package. This is a technique CounterStrike gamers will be familiar with but which might also carry some warnings. The drama around secretly owned CSGO lotto sites wasn’t great for the game.

So perhaps Bungie are slowly pushing into eSports because they’re being cautious. As usual the devil is in the details, we’ll have to see what’s encouraged and what’s not, only time will reveal how much support Bungie will give Destiny leagues and players who want to turn pro. Meanwhile one thing does seem clear; Bungie are committed to making Destiny last the multi-year program they had in mind for the sci-fi epic when they launched years ago.

This post was sponsored by William Hill. All thoughts, text, opinions and typos are mine.

Destiny’s Rise of Iron and eSports 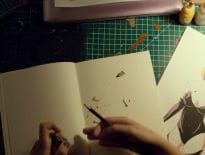 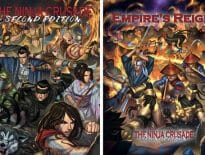