You are here: Home / Geek Stuff / Starz, owner of Manga, bought by Lionsgate for $4.4bn 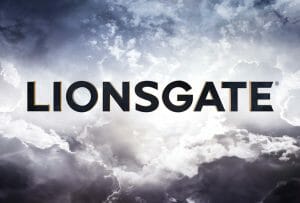 Analysts have destroyed both Starz and Lionsgate as being involved in geek. Starz has American Gods coming, Ash vs Dead and Outlander while Lionsgate brought us Hunger Games.

Now Lionsgate has gobbled up Starz for a cool $4.4bn in cash, stock and debt. That’s a price 20% higher than Starz share price at closing but such takeovers generally need to go over, certainly never under, in order to complete.

The reason for the buy has been given as improved content creation, extra distribution and cost synergies. Sadly, cost synergies is often way of saying redundancies.

Starz also owns Manga. However, in the UK it’ll be business as usual as Manga UK completed a Management Buy Out in February and secured independence from the parent company.

We’ll have to see whether the newly international Starz/Lionsgate circles back to Europe with plans.

What seems more likely is that Starz will use its war chest to go after big name franchises and production value that Netflix and HBO are starting to call their own.

Starz, owner of Manga, bought by Lionsgate for $4.4bn