You are here: Home / Books / Write or die: A review of An Android Awakes 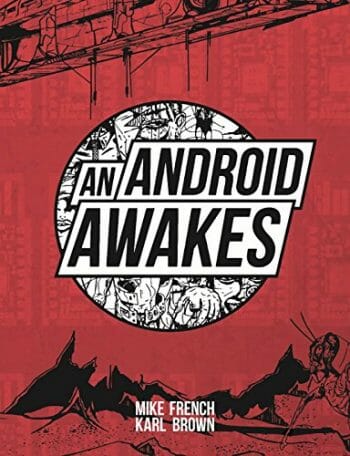 I thought An Android Awakes was going to be a comic book or graphic novel from Mike French. It certainly isn’t a comic book but I suppose you could call it a graphic novel. There are illustrations throughout the collection of short stories.

You might be reminded of One Thousand and One Nights. In the famous Arabian Nights scenario the clever Scheherazade keeps her story going by weaving story into story. In An Android Awakes PD121928 is an Android writer who only has a dozen more chances to land a writing gig or he’ll be discontinued.

What we get in this bundle isn’t just PD121928’s story but his writing too. The strange Android has a great imagination, telling wonderful tales about his favourite characters and based on what happens to him, but as the book goes on it seems less and less likely he’ll write a novel that his society will accept.

French writes well. The scenarios he and PD121928 explore together are often fanciful and outlandish but French manages to anchor it back to reality. Or, at least, some reality.

Karl Brown, the illustrator, is a fine companion to French. The illustrations are stick, violent, stabby lines. That seems to fit the Android’s world.

There’s no getting away from the fact that An Android Awakes is a bit meta. After all, we’re dealing with an writer who keeps on getting rejected and his life is on the line. There’s lots of noir here too. Androids don’t email the stories in but type them out and submit them on paper.

Rejected manuscripts are returned with the words bleached out.

I can’t imagine the frustrations that went into writing these stories and the run up to them.

Overall? This is a different sort of book. It’s good and it’s a change. I was in the mood for that when I picked up An Android Awakes but I imagine the experience could be disconcerting if you were expecting a ‘normal scifi’.

My copy of An Android Awakes was provided for review.

Write or die: A review of An Android Awakes 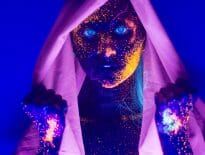 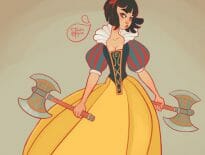