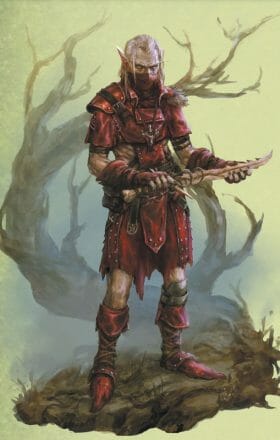 Blood Will Run is a Novice level adventure for Shadow of the Demon Lord. It focuses on an investigation to discover the fate of two missing children. The adventure sets this out in clear sections – explaining the interrelationship of key players in a background section followed by hooks, the locale, rumours and five key locations / sites / structures.

At 7-pages, this is a barebones adventure. Like many supplements and adventures for Shadow of the Demon Lord, Blood Will Run provides just enough information to run the adventure. You don’t need to understand the whole world setting or the overarching campaign structure to get in and play. Any GM could pick this up and do something with it. It might well suit a novice GM, as something to read through and play out for a new group.

The adventure needs a group with a strong social contract. A game called Shadow of the Demon Lord isn’t about to play soft and fluffy with the tone. The elements herein require the GM to know the players and have an idea of where their thresholds lie on difficult subjects around violence and harm.

Much of the adventure relies on keeping key motivations of the non-player characters in mind; why do each of them choose to do the things they’re doing. That understanding will set their reactions and interactions with the player characters. It will serve the GM well to make notes while reading through the first (and second) time and get a firm grip of who and what goes where. Depending on the confidence of the GM and the willingness improvise, different NPCs could pursue their own fixed timelines and events that the player character party’s actions may impact and change.

This is grim fantasy – as is the whole game system – where demons and bad people do awful things in pursuit of their own nefarious goals. In Blood Will Run, the goals of one character – off camera for the whole adventure, but a possible thread to follow whether the characters succeed or fail – have a domino effect on others. Many characters have pretty grey motivations; if considered carefully, some of the activities here might give players pause. On the other hand, players who prefer swords over psychoanalysis might just plough in and sort the situation out with a minor bloodbath or two.

A small ruin provides a dash of ‘dungeon’ for those who need one. Otherwise, much of the adventure involves getting to grips with the people, the settlement of Cheqwood and the chain of events leading to the disappearance.

Blood Will Run looks good. It offers enough information to play and a couple of simple maps. Illustration runs to a minimum – and, indeed, an image on the last page seems to feature simply to fill the space.

As an adventure, this could run for a single session or several depending on how the GM chooses to develop the situation. The map picks out a few locations in the settlement leaving more without purpose or description, so you can easily expand the cast and introduce hooks and seeds for later. Blood Will Run is not a long adventure and a GM should take the time to read through it and take notes. While aimed at Novice characters, this isn’t a hand-holding walkthrough of Shadow of the Demon Lord that you can run straight from the page.

What I liked about the outline of the situation is that you could easily lift the outline for two missing children and recast it into another system with ease. The adventure provides statistics for one key individual, so you shouldn’t find it onerous to generate something suited to your system of choice using standard generics. As a dark fantasy, Blood Will Run does contain fantastical elements and non-human characters, but these could easily be swapped out for elements suitable to your setting.

For the short page count, Shadow of the Demon Lord has served up a good adventure with enough complications to mean that characters can’t just go in with swords swinging and expect to win the day. Blood Will Run needs a mix of characters and approaches to get the job done well – and if that means the GM has a chance to spotlight more than just the guy with the biggest sword that’s a plus in my book.

Review based on a personal copy. Blood Will Run, written by Dan Heinrich, published by Schwalb Entertainment. Available for $2.49 in PDF from RPGNow.

Blood Will Run: Shadow of the Demon Lord Adventure Review 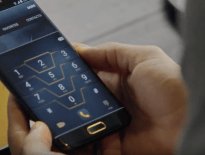 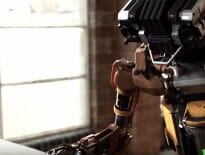