You are here: Home / Games / Tabletop & RPGs / Blood and Graph Paper: a review of Tomb of the Iron God 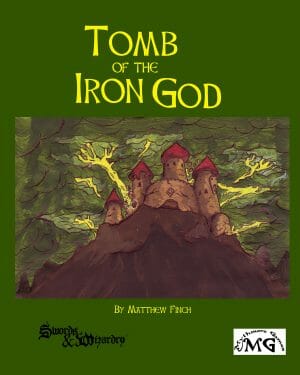 There’s an ancient monastery, or there was, and the locals can’t quite account for it. In truth, most of them look too fearful to want to even think about it. The temple of the Iron God once served as the final resting place for anyone in the area, whether noble or peasant. Now, the temple lies in jagged and blackened ruin.

Lubricated with drink, a few peasants will share tales of wrong-doing and greed, that some of the monks of the Iron God accumulated more treasure than seemed right for the spiritual cause. But, treasure or not, the god-fearing types around these parts wouldn’t dare set foot in the tombs that lie beneath the charred ground. Not least because ruins tend to attract unsavoury types.

Tomb of the Iron God is an Old School adventure for Sword & Wizardry, a spartan take on the original 1974 fantasy role-playing game that leaves much of the rules unsaid. As with many products of this kind that means you can play it with any of a range of similar products with minimal effort, whether Blood & Treasure, Adventures on the East Mark or new hotness The Black Hack.

Tomb lays out an adventure that will certainly run over more than one average session. A two-level, 58-room dungeon filled with a myriad of creatures and challenges, aimed at a party of 4-8 low-level characters.

Fair warning, Tomb of the Iron God is not a fleshed out adventure by any means. If you’re used to reading weighty tomes filled to the brim with adventure background, read aloud text, maps and carefully balanced encounters, you should brace yourself. Yes, this book has a map of each of the two levels and yes each room has a brief descriptive text – but each room also has a box for notes. Sometimes the box takes up more room than the room description.

Given the focus on low-level play and a simplified Old School feel, someone new to the business of gamemastery (GMing) should pick up this slim volume as the rough equivalent to a training guide. At heart, you have a simple adventure here that you could run from start to finish. On a more complex level, you have a book (or PDF) that invites you to scribble notes in it and turn the temple’s tomb into a site for ongoing adventure.

The book has a two-page introduction, for both GM and the players, including a set of rumours (from those lubricated locals) and notes on the adversaries. The back of the book has notes on running the game – how much do you reveal, why should the players draw a physical map and how the party really shouldn’t play – and tables to support repopulation of the complex with creatures and treasures.

This is not meant as a one-shot. As a GM, you can take your time to turn the complex into a living place filled with danger and treasure, but adversaries that adapt, develop and survive. When they don’t survive, someone can come in and take their place.

While most of the rooms contain low-level vermin, goblinoids and undead, a few have more adversaries than a group of 1st-level characters could practically handle. Some rooms have nothing in them – which might be an ideal spot to hole up and rest, or could be a place to populate on a return trip with fresh monsters.

The goblins, for example, look like they’ve recently moved in and plan to make a home here. When the adventurers arrive, they’ll probably introduce mass slaughter into the equation, forcing the goblins to take a different approach and maybe move deeper into the dungeon. The tomb map serves up a classic maze of loops, turns and switchbacks, all of which the goblins could turn to their advantage Tucker’s Kobolds-style.

In between these sections, you have 18-pages of room descriptions and a single picture of two cowled monks standing before a stone-walled well. Yes, if you like your supplements richly illustrated the Tomb isn’t the place to come.

This is raw and basic fantasy gaming without pretence. You have a temple filled to the brim with something like 500 monsters and a couple of actual gods. Sparse but clear descriptions of each room are laid out two columns to a page with plenty of white space. I strongly suggest you get over any niggles about writing on your books because Tomb positively screams for you to deface it.

The Tomb is not about being clever or groundbreaking. The Tomb offers a satisfying drop of uncomplicated potential for exploration or an evening of murder hobo mayhem.

What surprised me most about reading, tinkering, scribbling on and playing Tomb of the Iron God was that I did any of those things – because on face value the book looks bare and uninspiring. However, for the creative imagination of an aspiring GM, this adventure has something in common with a colouring book or a collection of inspirational quotes. It feels like a hands-on How-To guide without all the condescending claptrap that usually means. You come out of reading it want to make something of it and print out some graph paper.

Review based on a personal copy. Tomb of the Iron God. Written by Matthew Finch. Published by Mythmere Games. Available from Lulu in PDF for $3.99 or softbound for $8.95.

Blood and Graph Paper: a review of Tomb of the Iron God 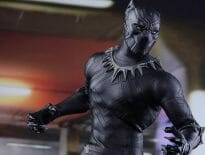 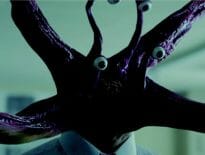