Maurice Broaddus is an author based out of Indianapolis and known for his urban fantasy trilogy, The Knights of Breton Court, and has written for the Firefly RPG, the Marvel RPG and Leverage RPG. Broaddus has an impressive stash of over 20,000 comic books in his attic and grew up playing D&D, Palladium RPGs and Vampire: the Masquerade.

Currently, Maurice is working on the Upside Down anthology which has surged easily past its funding goal at Kickstarter and a forthcoming Vampire: The Dark Ages anthology.

We reached out to Maurice with a Q&A around writing tips and avoiding clichés after watching the video pitch for Upside Down.

You’ve written to bring your own ideas to life and you’ve written to supplement and support other people’s creations. Is there much of a difference? What would you say it was?

They are two different sandboxes to play in and part of the thrill of either is just getting to run my hands through the sand. The main difference, however, is a matter of constraint. With other people’s ideas, you’re beholden to their history and continuity. You have to play within the rules that other people have set up and I can’t always indulge my love/need to color outside the lines. The other difference boils down to ownership. In the end, when I’m done playing in “their” sandbox, unless I’m invited back, I pack up my toys and go home. It’s good to have your own sandbox to keep coming back to.

If someone is a confident GM, able to bring together fantastic gaming worlds and characters, and they fancy giving writing a shot – what tips would you give them?

You’re already halfway there, so go for it. I think GM-ing and role-playing is great training for writing. My two favorite parts of writing are the world-building and the dialogue, that is, bringing a setting and characters to life. GMs/writers have to create a world that their players/readers want to be transported to. It has to be fully formed and believable. It’s the GM’s/writer’s job to sell that world. Readers and really obnoxious gamers will kick the tires of the world to see how robust it is (I drove my GMs nuts!). So in short, take what you’ve learned in gaming and apply it to your writing:

-create a fully formed world, at least one robust enough to hang your story on

-create fully realized characters, each with a unique voice to them

-have a motivation/goal for those characters

Upside Down looks to explore tropes and clichés in sci-fi and fantasy. How are you contributing?

I have a story called “Super Duper Fly.” In it I’m inverting the trope of “the magical Negro.” You see the trope fairly often: a story with an all-white cast is merrily plugging along, then the hero reaches a crossroads of some sort and encounters a (magical) minority who helps them on their way. “The Legend of Bagger Vance,” “The Shining,” “The Green Mile,” (yeah, Stephen King gets a lot of mileage out of this trope), you get the idea. So what happens when the hero encounters a magical Negro who is purposely bad at their job? 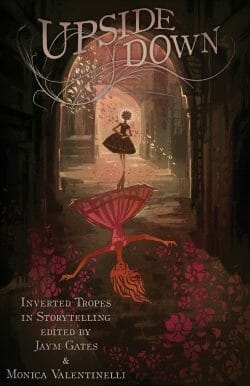 Tropes aren’t always a bad thing. One of the reasons they have become tropes in the first place is because they are familiar to us. Tropes becomes a tool in the writer’s tool kit. For example, going back to Stephen King, he’s a master of using tropes for his characters. Think of them as short cuts: you invoke a trope and the reader fills in a lot of the blanks. Where Stephen King’s brilliance lies is in how he can play with those same characters, even subverting the reader’s expectations of them. In other words, he may start with the familiar, but he fleshes them out in particular ways to make them fully realized.

What tips would you give GMs, or even writers working on supplements, for avoiding the worst RPG clichés?

The worst clichés are stereotypes, in other words, the writer starts with a well-worn idea/trope and does nothing with it. The best advice is do your job. As a writer, my JOB is to create characters. Characters with their own personality, voice, quirks, history, and worldview. One of those areas could be a trope, fleshing them out involves developing how that trope might specifically impact the rest of that character’s personality.

Stereotypes are harmful or at the very least disrespectful (both to the person being stereotyped and the reader/player suffering through it). Respect cultural differences and do your job when considering/exploring other people’s culture, worldview, experiences, and history.

“Village destroyed by raiders except for one survivor who goes on to greatness” is a particularly common character background cliché. Have you encountered worse?

UGH, the things we do to women. I hate the whole “a woman is raped, becomes a warrior to avenge herself” thing. Or worse, she’s abused to motivate a male hero.

Let’s face it, the prophesied child who is destined to be the chosen one … yawn. Because now nothing can happen to that child or the story collapses. Okay, I’ll admit, in game I was known to let a bad thing happen to said prophesied child because then it would send the GM scrambling.

Is it harder to avoid clichés while playing, or writing for, Vampire than fantasy games?

It’s not hard avoiding either when writing if you start with a fresh character, setting, or take on things. With enough fresh things in your story, the occasional cliché isn’t unforgivable.

Playing shouldn’t be hard to avoid them as long as your GM isn’t trying to just do his own Lord of the Rings tribute. So, yeah, fantasy becomes more of a stumbling ground when people are afraid to leave Middle Earth.

It’s odd, I never had a problem with Vampire. Then again, I played pre-Interview with a Vampire (the movie) and definitely pre-Twilight, so I was never trapped in game of a GM doing their spin on those ideas.

What can you tell us about your story for the forthcoming Vampire: The Dark Ages anthology? Exploring any tropes in that one?

Sort of. I love writing “the outsider.” In this case what it would be like for a black person, who had been turned, to try and climb the social (undead) ranks in Middle Ages Europe. A lot of social pressures and realities are working against him. But, he’s also Ventrue: political scheming and social maneuvering is what they do.

Lastly, and thank you for your time, what have you found particularly inspirational recently? Any other authors, comic books, games or music?

The authors I have been digging on lately have be N.K. Jemisin and Jeff VanderMeer. I have been pulling their novels apart sentence by sentence to see how they work.

I have April 6th LITERALLY marked on my calendar: that’s the day Black Panther #1 (written by Ta-Nehisi Coates) hits the shelves. Not only have Black Panther’s first appearance, but every #1 of a Black Panther run (and every issue of Christopher Priest’s *definitive/canonical run).

Eep! You’re right. Looking into it. 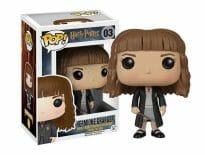 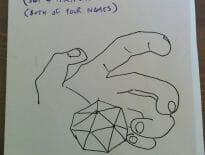