Where do you do you go for your RPG ebooks or print on demand services? The chances are you’ll visit a OneBookShelf property in the form of DriveThruRPG or RPGNow. Alternatively you might go straight to the publisher’s site; especially a trip to Paizo for Pathfinder fans.

As of today there’s a new option in the form of TableTop Library.com.

TableTop Library is the creation of a consortium of indie RPG publishers and will be offering Fifth Edition productions through it.

Fifth Edition what? It’s not said in the announcement or even mentioned terribly clearly on the site itself – but we’re talking 5e D&D. The library isn’t limited to 5e as Pathfinder and other OSR-games will be sold as well.

So why launch a store? The companies involve give three reasons;

Wizards of the Coast have the DMs Guild as a marketplace, run in conjunction with OneBookSelf, for publishers looking to put their 5e D&D products out to market but there are some rules. You must, for example, be selling content that supports Forgotten Realms. That’s in sharp contrast to the TableTop Library consortium’s goal of editorial control over their own campaign worlds.

The concern around Print on Demand quality is a big comment to make on the state of the industry. Are you unhappy with the quality of your print on demand purchases?

Which publishers are in the TableTop Library consortium?

There are some interesting names in there. Kobold Press had worked very closely with Wizards of the Coast to assist with 5e launch content. Green Ronin had two of the five most sold RPGs in the autumn of 2015. 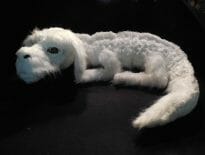 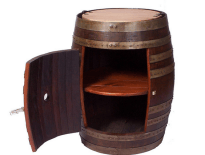 Geek Stuff The perfect cabinet for a roleplayer
wpDiscuzComment Author Info
Manage Cookie Consent
This site uses cookies 🍪, and links are ads that may earn bloggers some money 💰, and with this alert, I very much hope that these dark truths 🧌 are acknowledged.
Manage options Manage services Manage vendors Read more about these purposes
Preferences
{title} {title} {title}
Loading Comments...