You are here: Home / TV / Anime / Kill your favourite character: A review of Akame Ga Kill 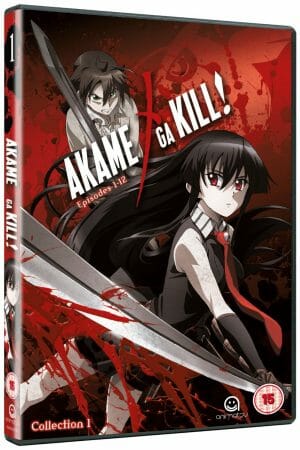 The anime kicks off as we meet Tatsumi travelling on the road. He swiftly steps into the role of hero by taking on a fearsome and dangerous creature – an Earth dragon – and in doing so demonstrates he’s quite some swordsman.

It’s interesting to note that that earth dragon isn’t called a monster. None of the creatures we encounter in Akame Ga Kill are. In this anime the monsters are people.

Despite Tatsumi being skilled enough to take out a dragon without breaking sweat we soon discover he’s little more than a naïve country bumpkin who’s going to struggle in the capital city. He’s already managed to get himself separated from his travelling companions after an encounter with bandits.

The worst group of bandits active in and around the capital city are Night Raid. Sure enough, in no time at all, Tatsumi finds himself facing Night Raid as they come to kill those who had been kind to him.

Akame Ga Kill raises some interesting points. That people can be monsters is just one of them. Night Raid argue that the capital is corrupt, that common people need protection and that a revolution is necessary. They might be right. Night Raid are heroes. Night Raid are terrorists. It all depends on your point of view. 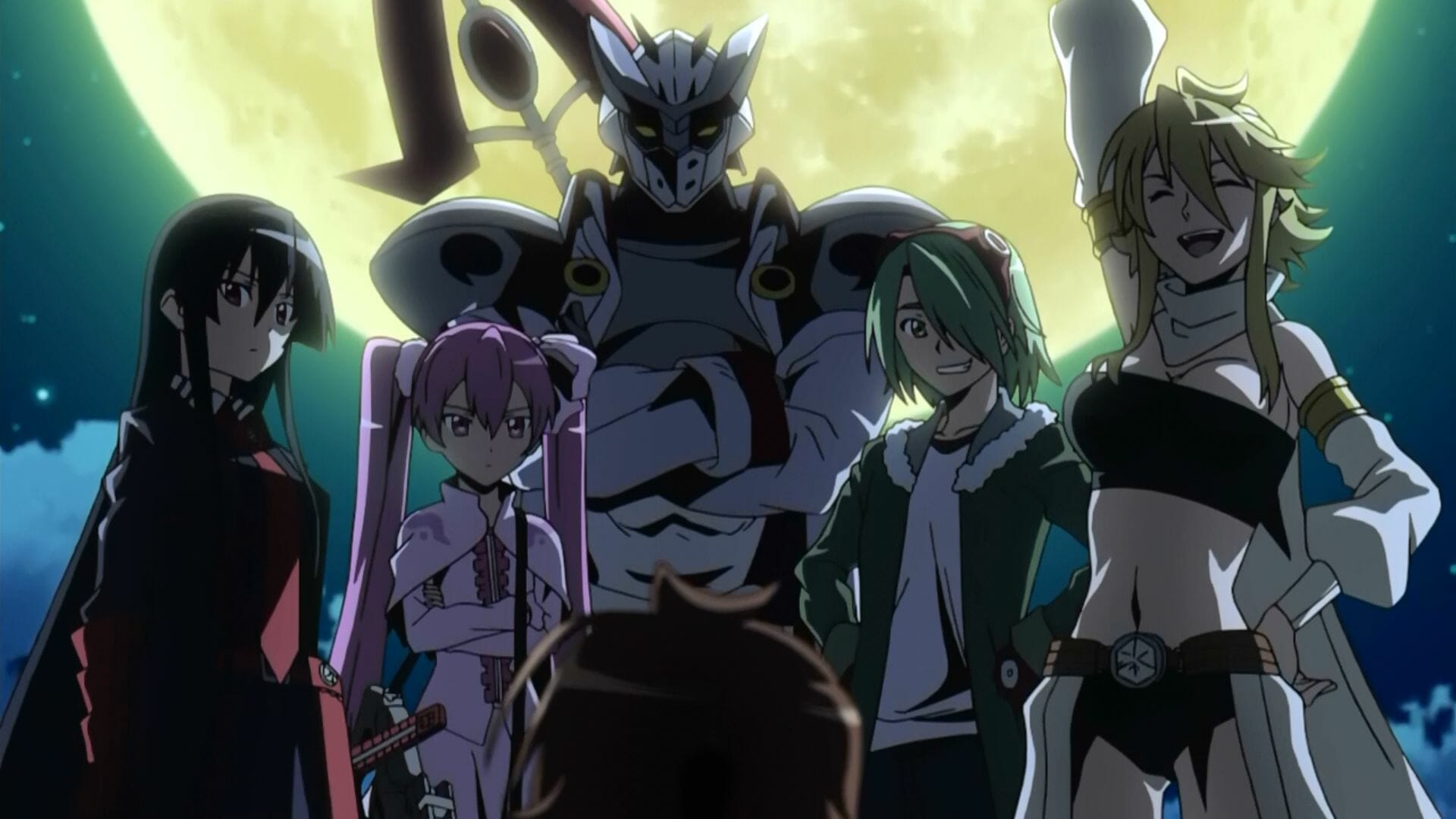 Early on we discover that Night Raid are armed with special weapons and this is what makes them so deadly. These Imperial Arms are rare. They’re so deadly that if two wielders go head to head in a fight that one of them will surely die. Just in case you think this is a piece of puffery or melodrama the writers of Akame Ga Kill move with deadly speed to prove you wrong.

Once its established that characters are going to die Akame Ga Kill becomes twice as gripping. Night Raid’s successes result in the fearsome general Esdeath (great name, huh) being called back to defend the capital. Her response: a special anti-terror unit in which every single veteran member is armed with an Imperial Arms.

Akame Ga Kill does interesting things with art. Every now and then the anime will flip illustration styles and render a scene in bold, somewhat scary, dark lines, shadows and strong colours. This tends to happen at moments of high emotional drama. It’s a technique that surprised the socks off me at first but which absolutely works. 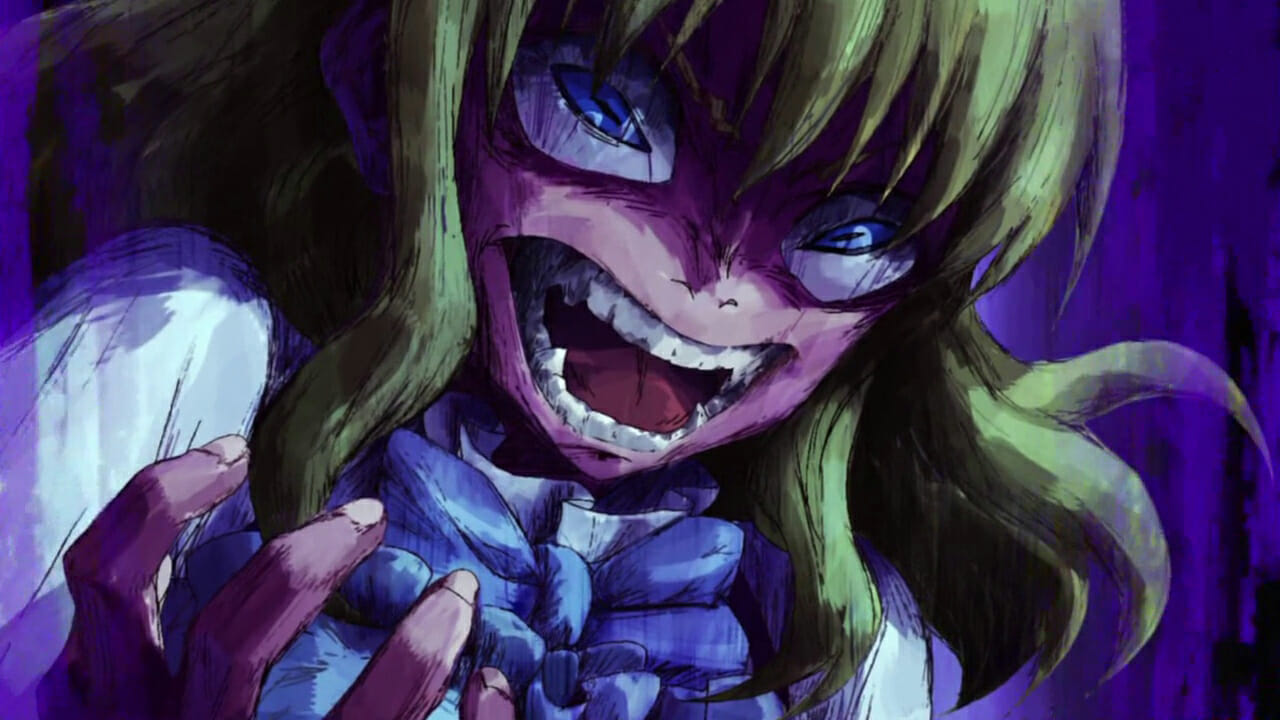 I thought I might be taking marks off Akame Ga Kill for crossing the “gay joke” line and for weirdly timed fan service. But maybe this isn’t the caes. Sure; there’s some odd reactions when a character is revealed to be gay but then that character is awesome and swiftly becomes a role model. Equally, there’s a touch of fan service but the writers eschew it later on despite having the opportunity. What I suspect is that Akame Ga Kill is written for a more modern audience (the manga started in 2010) but this Japanese audience is still more conservative than viewers in Europe are likely to be.

Akame Ga Kill Collection 1 contains episodes 1 to 12. That’s half of the first season. It’s enough to take you deep into the plot but the ending is fairly mild compared to everything else that’s gone on before. There’s no mid-season cliff-hanger to tease you with; just an ominous warning from General Esdeath.

I really liked Akame Ga Kill! This anime is dark and brutally action packed while being clever and provocative too. My sincere hope is that the whole season can maintain the momentum that Collection 1 delivers to us so successfully.

My copy of Akame Ga Kill was provided for review.

Kill your favourite character: A review of Akame Ga Kill

Geek Stuff Deadpool flash mob street Taekwondo
💰 Copper Coins 💰 Geek Native is an affiliate and may earn commission on purchases you make from third-party sites.
🍪 Privacy & Cookies 🍪 The site uses cookies to survive. By accessing the site, you agree to use your browser to control cookie use or take 1d4-3 privacy damage (tracking). If you defeat cookies via ad blocking, please consider the Patreon. An intro to cookies, and how to control them, can be found here. I Manage Cookies