It’s a round-up of mini anime reviews, notes on where you can buy the discs or watch the streams and an one line summary as to whether the series is recommended or not. What could this mean? It means it is Irregular Reconnaissance.

You’re welcome to join in. If you’ve been watching an anime series you think people should know about – either so they can share your discovery or avoid your pain – then use the comment box below to share your review. 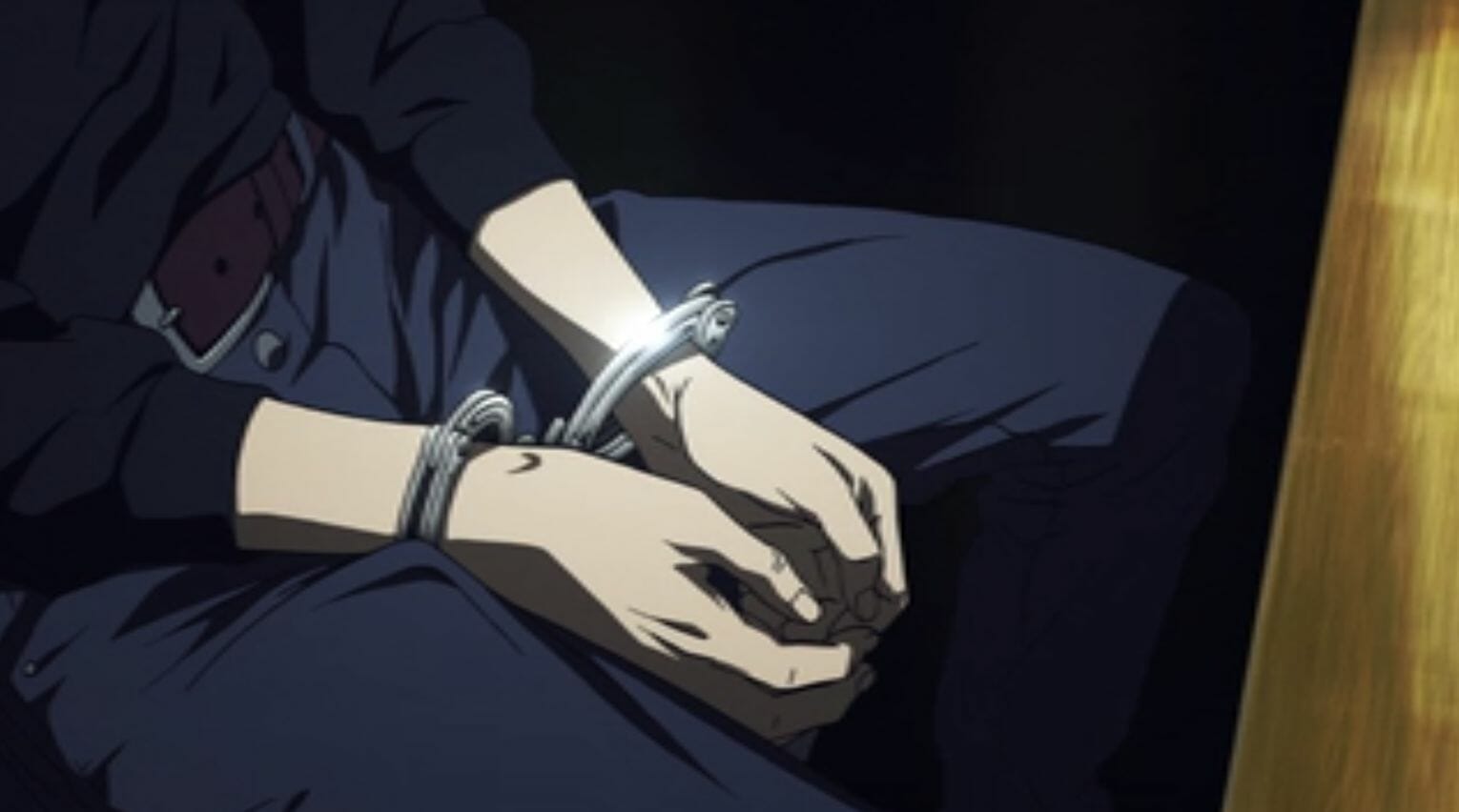 Strong start, strong finish – and how did you think an anime about terrorism would conclude?

This is very much an anime that demands your attention. You need to think to enjoy Terror in Resonance fully. Sure, yeah, there’s things that go boom, police chases and detective work but that’s the sugar on top. The substance of Terror in Resonance are the conflicting messages it sends; messages that need to be untangled.

I enjoyed this anime. I don’t need to see anything like it for a while as I think my brain is ready for some high fantasy cheese as an alternative. 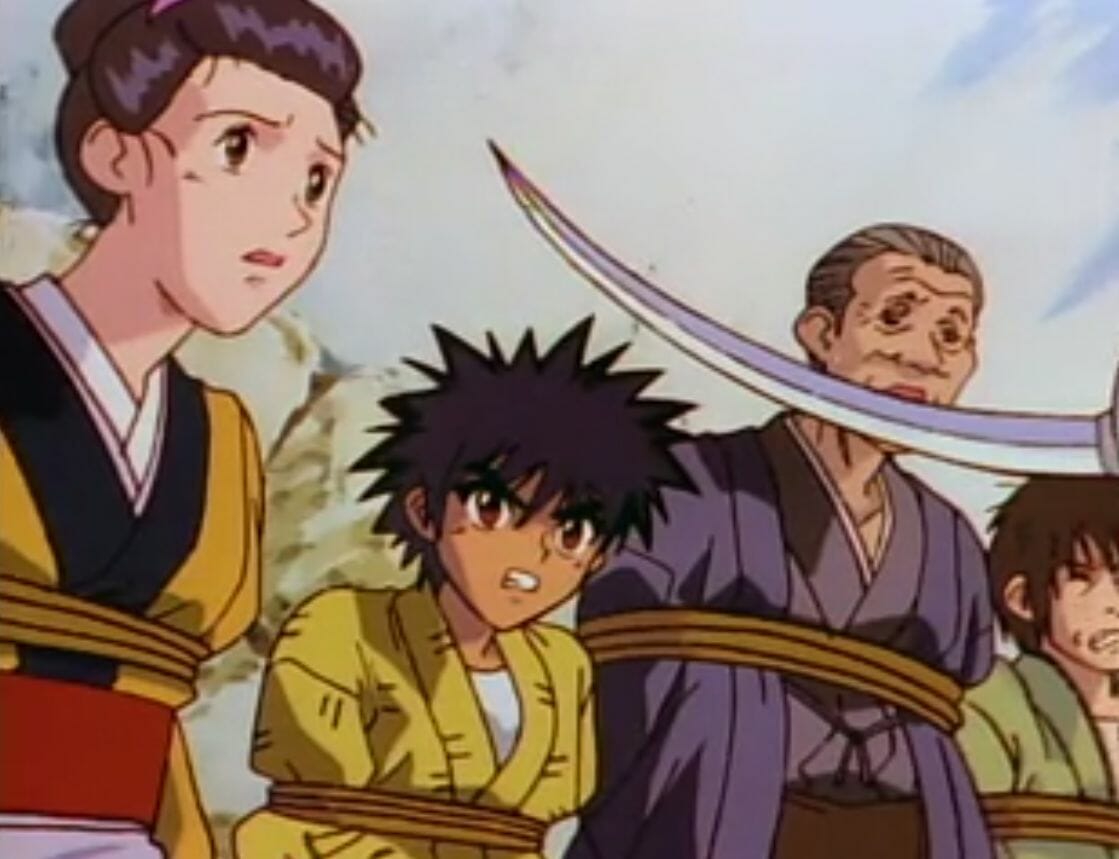 We’ve a little dojo trying to survive in a corrupt world when a mysterious swordsman with a strange sword turns up. It’s a reverse sword; the blade is on the wrong edge, facing in the wrong way.

Rurouni Kenshin is set after a war and a change of rulers in Japan. Swords are banned. The military is still laying down the law and there are still mercenaries roaming the countryside.

I’m not sure if I’ll keep going with this. It needs to find a twist or some sparkle fairly soon. Sword action and nice-but-tough guys are ten a penny and the animation style feels very dated. 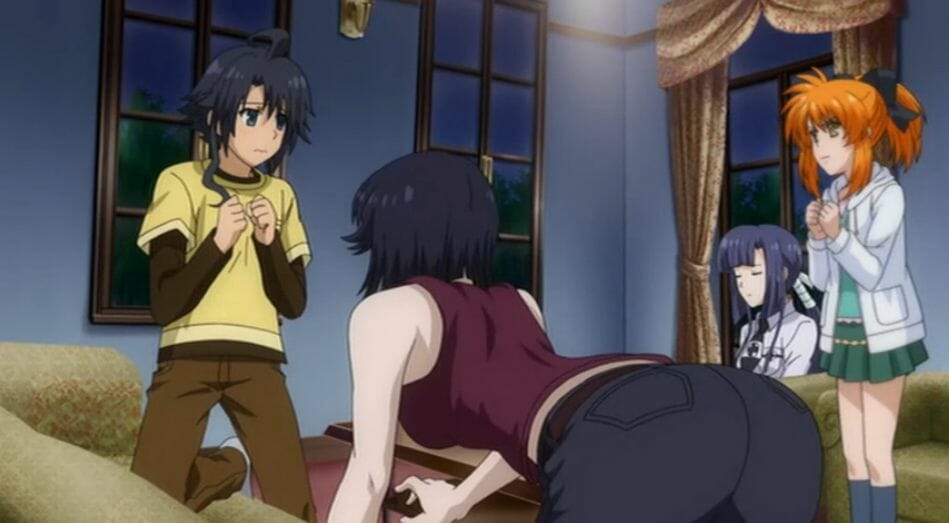 I’m not sure Asura Cryin’ has my attention as strongly as it did but it’s still a clever anime. We’re getting into big secrets quickly and they’re letting us speculate with some strong clues. Are ghosts really the spirits of dead people? Are demons really bad. Is this even our world?

This anime is certainly good at throwing unexpected plots at you. They may not be plot twists as such. They’re more like “extra plot” as some more of the background story to the interesting world is revealed to us. I’m certainly going to keep watching and suspect the conclusion can only be one of two possible outcomes; very good or very disappointing. 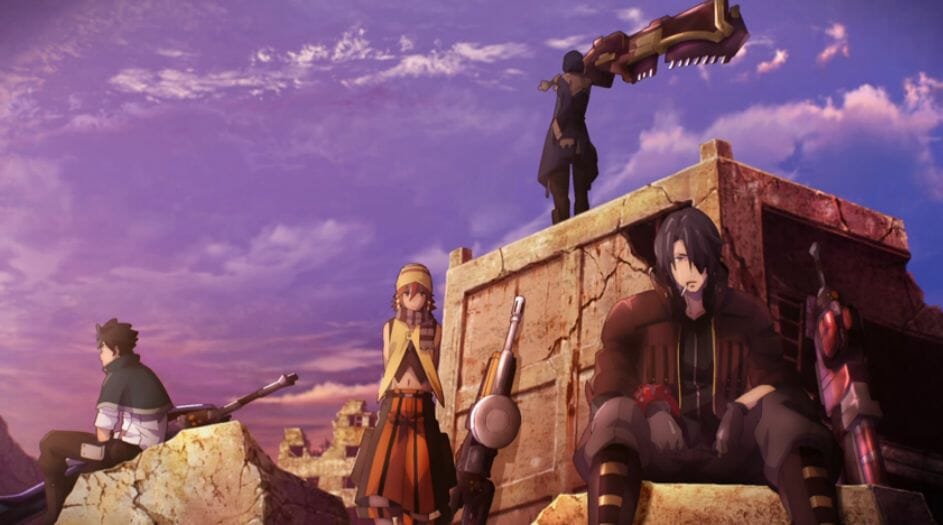 This is exactly my cup of tea. The monsters have taken over the world – and the details aren’t clear yet as to why that happened; just how. Mankind struggles to survive but there are a few outposts and warriors.

God Eater is packed full of high octane battle scenes, quirky but fun characters, and drama. The few flashbacks don’t linger too long and are timed to reveal new twists. Even the giant weapons our heroes use have a plot and an interest hook or two.

I’m in two-minds about the animation style, though. At times it reminds me of a high quality JRPG. Maybe it’s supposed to. 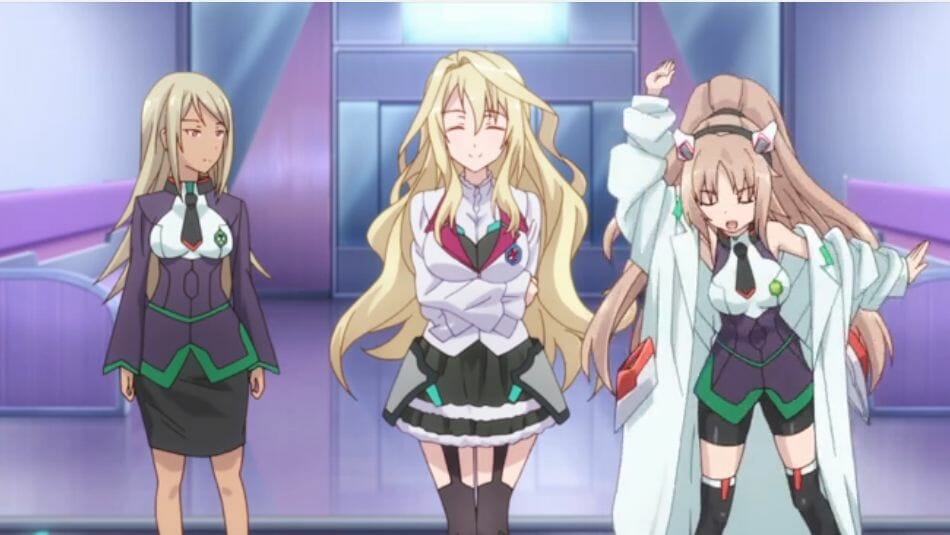 It’s another “talented boy goes to magic school” summary for Irregular Reconnaissance: Anime. In this case The Asterisk War doesn’t beat around the bush and makes it know from the outset that there will be duels and schools will go head to head.

In the early episodes our hero meets a fire witch who immediately dislikes him and the sexy, dangerously clever, student council president who seems intent on roping him into her plans. From the outset this world, especially this school, feels dangerous. That’s enough to persuade me to watch it and the danger levels and tempo are nicely paced. This could be a good one. 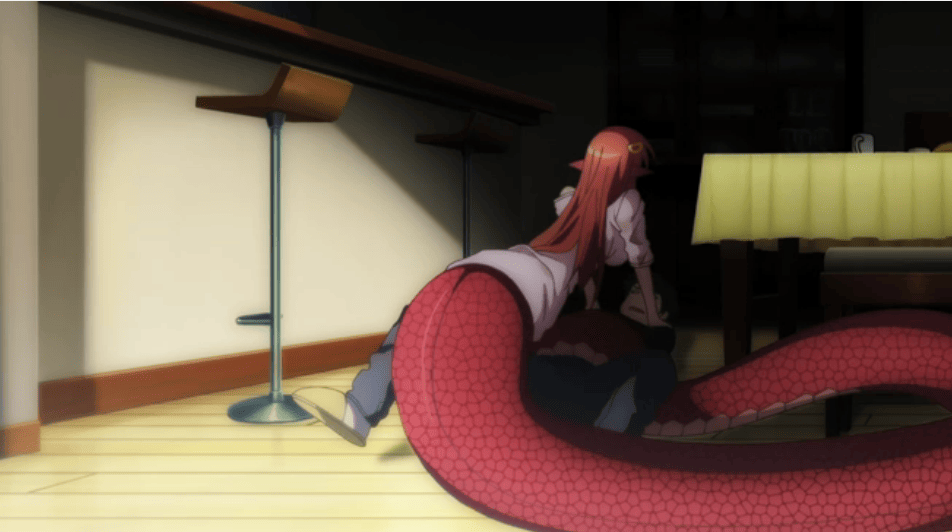 Emboldened by the success of Is It Wrong to Try to Pick Up Girls in a Dungeon? I wanted to give Monster Musume a try. Ooops. No. It’s more like The Testament of Sister New Devil except rather than sexy demon girls living at home with our hero we have monster girls instead. Whether the monster girls are sexy or not is a matter of opinion. I get the feeling the makers of the anime will try and find your particular kink, though.

As far as plot goes; er, we’ve discovered this alternative world full of monsters and in order to try and get on with them there are foster-like deals where young monsters come and live in human houses. The main female character is a Lamia. That’s a woman with a very large snake body.

Movies The Doctor Strange trailer is all about the origin…

Tabletop & RPGs Wizard of the Coast CEO resigns; replaced by Micro…
💰 Copper Coins 💰 Geek Native is an affiliate and may earn commission on purchases you make from third-party sites.
🍪 Privacy & Cookies 🍪 The site uses cookies to survive. By accessing the site, you agree to use your browser to control cookie use or take 1d4-3 privacy damage (tracking). If you defeat cookies via ad blocking, please consider the Patreon. An intro to cookies, and how to control them, can be found here.
I Manage Cookies