I really liked Mutant Year Zero. Characters are mutants who’ve grown up in an Ark of mutants in the middle of a dangerous wilderness. Everything around them is dying. Their Elder is dying. The land is dying. They’re going to die. The game is about making a difference despite the likely fate, about exploring the world anew and especially about exploring relationships between people.

I’m not the only one who really liked it. Try finding a paper copy of the game. It’s a sellout despite extra print runs. Now Free League Publishing has teamed up with Modiphius to offer the first major expansion to Mutant Year Zero. There’s a Kickstarter and its funded already.

The heads up warning is that this Kickstarter uses Swedish Krona but may also be your best, perhaps only, chance at a paper copy of the game. Free League Publishing asked for KR50,000 and with more than a month on the Kickstarter clock, they’ve raised KR380,000. This one is going to go deep into stretch goal territory.

Mutant: Genlab Alpha brings a furry twist to Mutant Year Zero. Although the Valley appears friendly enough, to begin with – there are hidden horrors. Everyone living in the valley is a prisoner and strange metal guards patrol the edges. Sometimes mutants are kidnapped, experimented on and returned only after terrible changes have been inflicted on them.

The first 9 stretch goals have unlocked already. That means an extra back, a hardcover book, a bestiary, card deck, maps, and some extra zone sectors.

A glance at the artwork in the Kickstarter alone is a reminder of the quality of the art in the book.

Free League Publishing do mention shipping costs but only to say they have got a partnership with Modiphius which gives them a well-established global distribution network. It’s only when you hit that pledge button that the shipping cost total appear. I went for the hardcopy of both books which added KR85 to my total. 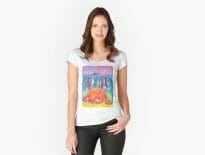 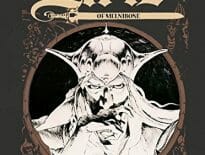