Reddit user Ghostfaceace made this Landspeeder bed for his son. 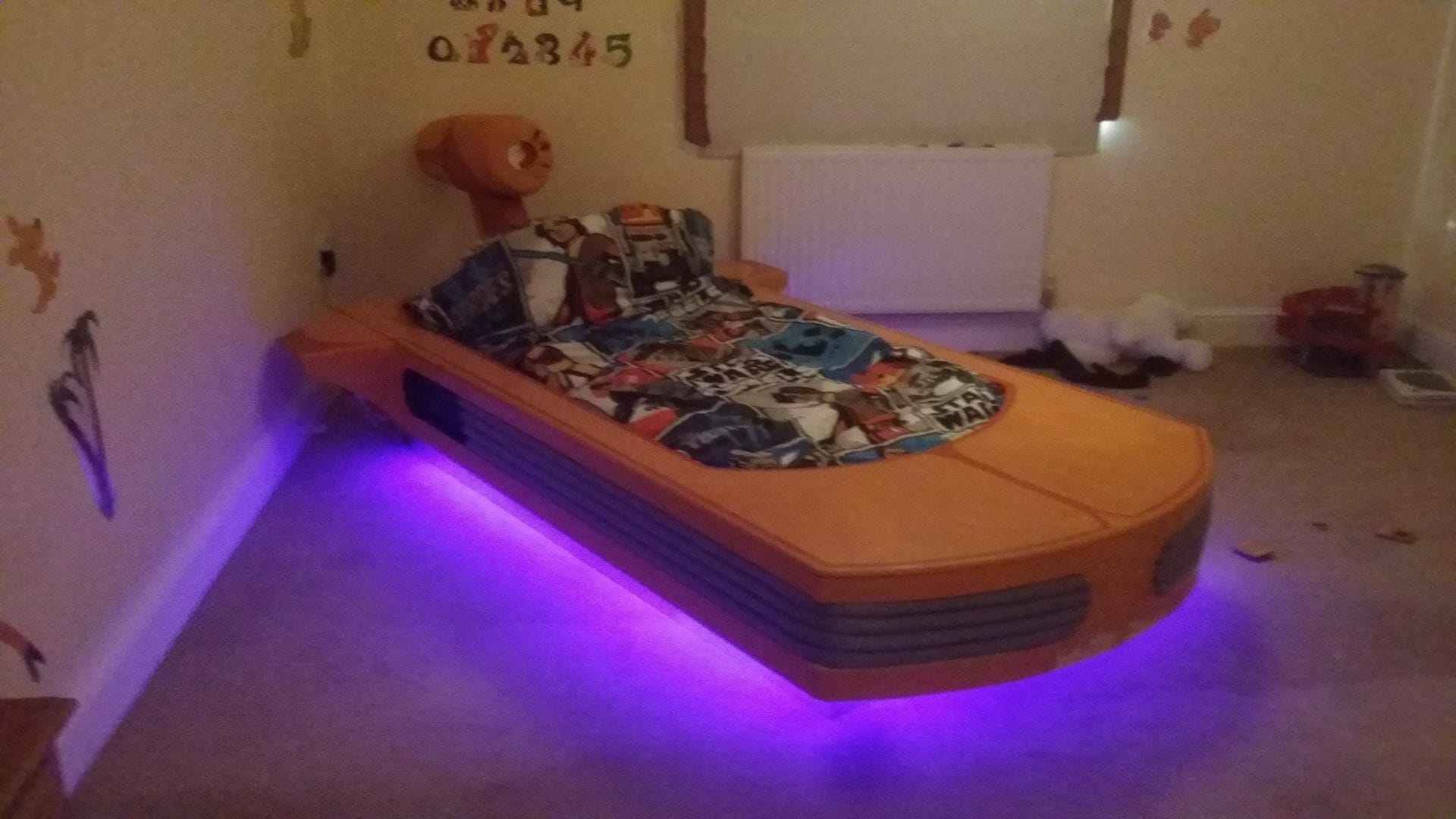 Did you know that the landspeeder has its own huge wikipedia page? Luke Skywalker’s is an X-34 but the X-35 also appeared in Star Wars IV: A New Hope.

The landspeeders were built by Ogle Design around the chassis of an old three-wheel car from the Reliant family called the Bond Bug. In other worlds, the landspeeder in the movie had wheels but through clever camera angles and even reflective material for camouflage and putting gelatin on the camera lens they kept them hidden. I don’t imagine they used any such trick in the new landspeeder shots in Star Wars: The Force Awakens.

Google Shopping shows signs of people searching for landspeeder beds to buy – it’s a keyword suggestion – but doesn’t actually have anything in its inventory. That’s bad news if you’re looking to buy a landspeeder bed for yourself, er, your kids. However, Star Wars duvets like this matching set from Very are available.

TV Are DC doing a good job with their superheroes on …

Geek Stuff Short film: Filthy but Fine
💰 Copper Coins 💰 Geek Native is an affiliate and may earn commission on purchases you make from third-party sites.
🍪 Privacy & Cookies 🍪 The site uses cookies to survive. By accessing the site, you agree to use your browser to control cookie use or take 1d4-3 privacy damage (tracking). If you defeat cookies via ad blocking, please consider the Patreon. An intro to cookies, and how to control them, can be found here. I Manage Cookies