You are here: Home / Geek Stuff / Cool Tech / Loyal droid or junk? A review of the R2-D2 desktop vacuum 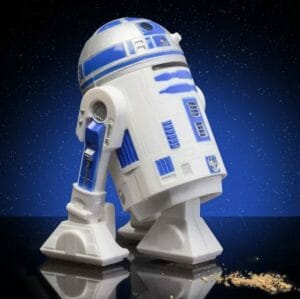 Here’s a safe bet – Star Wars toys will be all the rage this Christmas.

I was pondering Star Wars gifts for my godson and his brother but wasn’t sure if they’d seen the films. After all; The Phantom Menace came out in 1999. That’s 16 years ago and neither boy is 16. As it happens he is fan of films, has a Darth Vader t-shirt top that plays the Imperial March through hidden speaks but he’s only seen Episodes I and II. Star Wars is universal. I should have known they’d be fans.

The question isn’t whether Star Wars will be big this year but which characters to focus on with your gift giving. Who’s going to be popular? Do you go for Classic, the Prequels or the new franchise? I think R2-D2 is your answer as this plucky droid has been in every movie so far and is featured in the trailers for The Force Awakens.

Star Wars stocking fillers are also a safe bet. That’s how I’d describe the R2-D2 desktop vacuum that the gift site Hawkin’s Bazaar is selling. For just over £10 you’ll get yourself a 13cm tall plastic droid that’ll look cool your desk.

This particular R2-D2 does a little more than just look nostalgic. Use the attached USB cable (which I estimate to be about a metre long) to power up the toy, press R2’s head and his front leg turns into a vacuum.

I decided to test the droid on a chocolate digestive. Why? It has a light side and a dark side.

The desktop vacuum was able to hoover up most of the biscuit crumbs. This isn’t a terribly powerful vacuum. If you have a real problem with a messy desk then I suggest you buy some proper, specialist, mini-vacuum hardware. If you want a quirky way to entertain people at work; this vacuum will do.

On a similar note, this isn’t a model R2 that’ll set model collectors aflame with desire. We’ve a few plastic pieces screwed together, concealed electronics and the colour in the right place. If you want a super detailed, collectible, model then splash more than a hundred bucks on Sideshow Toy’s R2-D2. This model is good enough. You’re not going to embarrass yourself giving this model to a friend nor will you end up with a cheap looking chunk of plastic on your desk.

Designed in the UK, made in China, the desktop vacuum feels robust enough. It’s surprisingly light but it doesn’t feel wobbly and there’s no threat of the legs popping off. I’ve encountered both problems on R2-D2 models for less than £20. Seems like the Disney owned Star Wars might be enforcing higher production values.

All in all; the Star Wars desktop vacuum is a safe but novelty toy. This is exactly the sort of thing you’d put in the Christmas stocking as a filler, or something to buy for friends you kinda know or even for a generous secret Santa.

Hawkin’s Bazaar has a host of Star Wars toys and gifts in their range. R2 is safely in the middle of the price range just be forewarned if you’re a big droid fan then this RC inflatable might just temp you too.

My R2-D2 model was provided for review.

Loyal droid or junk? A review of the R2-D2 desktop vacuum 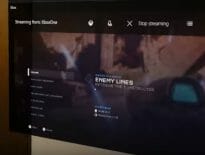 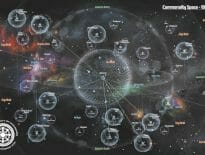