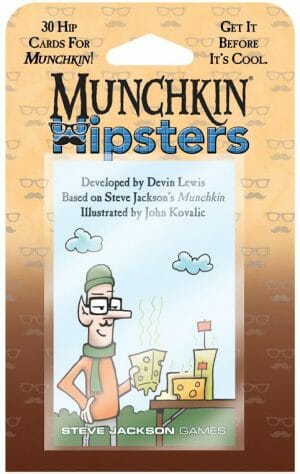 ThinkGeek will get to say;

We sold Munchkin Hipsters before it the booster pack became all mainstream!

They’ll get to say that because Steve Jackson Games have given the popular site first dibs at selling the the 30-card booster.

We love ThinkGeek and we’re really excited to be partnering with them on Munchkin Hipsters,”

“Also, on a more personal level, I’m really excited that we’re doing a booster about people like me. Or, you know, I would be, if I could show excitement and disaffected ennui simultaneously.”

The booster pack of Munchkin Hipsters is available here. I know, yeah, it looks like Munchkin… but the first bullet point says “Choose original and/or the Hipsters booster pack” and then in the grey box above the Buy Now button you can tickey box to select “Hipster Munchkin Booster $9.95”.

When you hit the Buy Now button you’ll get shown what’s in your cart and you’ll be able to confirm that you’ve added just the Hipster Booster pack and not the full Munchkin game. Although I hear having multpile copies is the cool thing to do. Whatever. 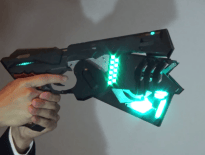 Cool Tech Made real: The gun from Psycho-Pass stuns 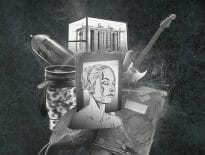