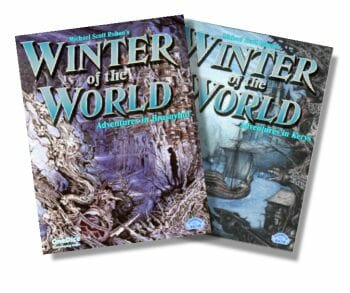 The games will have cover art by Ian Miller, who drew the covers for the first editions of the UK paperback novels and will contain new fiction from Michael Scott Rohan as well.

The Winter of the World RPG wil use the OneDice rules to allow the players to explore the world of powerful heroes and meddling gods. There are additional supplements already planned along with new setting material.

“I have crossed a whole wide land, and sought out the duergar in their mountain fastnesses, and lived with them two long years; I have lived with the alvar of the forests, Tapiau’s Children, and escaped the forest’s power. I have sailed the Seas of the Sunrise, I have fought beside an exiled lord against the Ekwesh by land and sea, and when he won himself a kingdom. I have battled a dragon beneath the earth, and the Ice-witch herself on a palace stair – aye, and bested her! And yet I would far sooner be a man whole and at peace, in a land I made my own, with my true love by my side.”

-Mastersmith Elof Valantor in The Hammer of the Sun 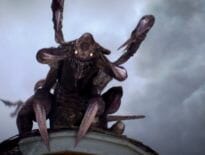 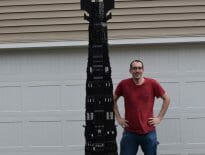