Baring some horrible scandal – this Kickstarter has funded. At the time of writing there are more than two weeks left on the clock but the modest goal of $6,000 has been blown away and the project has over $40,000 pledged from more than 550 backers. The Sixth Gun and Deadlands are both popular and fans are very loyal.

Backers get access to the PDF of the new The Sixth Gun RPG in PDF, the GM screen inserts an The Winding Way adventure in PDF as well as wallpapers and digital stretch goals for $25. Go higher and you get paper products and plenty of bonuses. Right now, Cult Leader, set at $50 is the most popular tier.

I hadn’t heard of The Sixth Gun until now. I had really enjoyed the weird west novels The Six-Gun Tarot and Shotgun Arcana, though, and The Sixth Gun is entirely separate but seemed to be dead on target. The first gun fires like a canon, the second spreads fire, the third rots flesh with each bullet strike, the fourth summons the dead and the fifth gun can heal its wielder from even a fatal wound. So what of the Sixth gun? This gun can re-write the world and it went missing.

The game will come with a range of miniatures too. Bronze Age Miniatures have put together 8 exclusive minis for the series; Becky Montcrief, Drake Sinclair, Brother Roberto, Billjohn O’Henry, Missy Hume, Asher Cobb and General Oliander Bedform Hume. This means if you’re a Sixth Gun fan, not a gamer, that there’s these collectibles in it for you.

The adventure below, which you can also download from Pinnacle, acts as a good teaser for the game and a way to get started once it arrives. It’s by the Sixth Gun RPG author Scott Woodard.

The Sixth Gun: The One-Hand Gang from GeekNative

Thanks for sharing, guys! 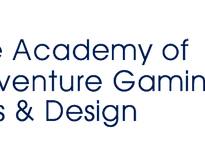 Tabletop & RPGs Who are the Origins 2015 winners? 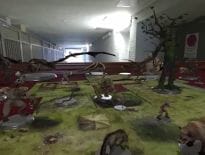 PC Will Beserk Games’ Tabletop Simulator open u…
wpDiscuzComment Author Info
Manage Cookie Consent
This site uses cookies 🍪, and links are ads that may earn bloggers some money 💰, and with this alert, I very much hope that these dark truths 🧌 are acknowledged.
Manage options Manage services Manage vendors Read more about these purposes
Preferences
{title} {title} {title}
Loading Comments...