You are here: Home / Books / Google it: A review of the Book of the New Sun – Shadow and Claw 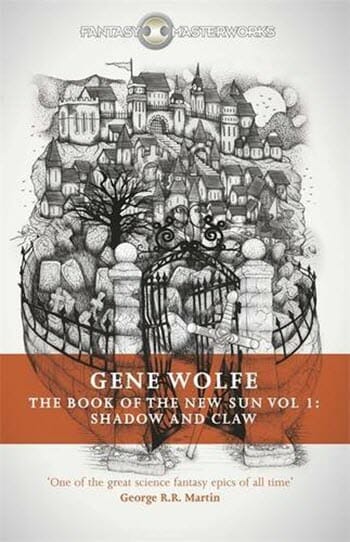 The Book Of The New Sun: Volume 1

This offering from Gollancz’ Fantasy Masterwork series has the first two volumes of Gene Wolf’s (four-volume) The Book of the New Sun with The Shadow of the Torturer and The Claw of the Conciliator. It’s a book that belongs in the Masterwork series, winning a host of rewards and respect over the years. For me; it was an introduction. I’d never heard of it before.

I dug into the opening chapters with interest. The main character is an interesting concept from the get-go. He’s a torturer. Actually, at the start of the book, he’s a young boy and a torturer in training. The drama gets going when an interesting victim terms up at their Guild and Severian, our hero (do we call him a hero?) falls in love.

It does not go well for Severian. He ends up on a journey to the distant city of Thrax, carrying an ancient and powerful sword and a whole heap of emotional baggage that stems back to a chance encounter in a graveyard.

The world is as interesting as the characters. Urth is set in the far future of what might be Earth. The Book of the New Sun, at least the first two volumes, read like a fantasy novel until the secrets begin to boil up. The sun is dying. In fact, you can easily put the novel into the Dying Earth category.

I had challenges though. Despite my initial interest, I found the reading tough. American author, Gene Wolfe, wrote in the 80s but it feels like it could have been in the 50s. He uses some very arcane language and I had to fight to make it through. What’s worse; it doesn’t seem that Wolfe made up any words. Those obscure terms used for animals and so forth are all actual words – at least the ones I checked on Google.

As Severian begins his trek to the city of Thrax he encounters a host of interesting and unlikely people. This is where the reader first starts to get hints that this fantasy is actually a sci-fi. The scale of the planet – is it Earth – is confusing. Are their walls that day takes to travel through and cities that take weeks to walk across? There could be. Equally, in the background, there are hints of a huge war fought elsewhere but which apparently drains the local area. I found myself thinking; “I like this bit but what does it have to do with the rest of the book?”

Slowly, perhaps too slowly of my tastes, Wolfe begins to pull the pieces together. One-off and random encounters begin to feel less random. You begin to wonder whether someone’s been pulling strings (or something).

I might be tempted by reading the other two volumes in the book. I’m halfway there, after all. I also know they’re going to be a challenge. I’ll have to see whether there’s an audiobook. That might be an easier way to experience the cleverness that oozes from this epic.

My copy of The Book Of The New Sun: Volume 1: Shadow and Claw was provided for review. Gollancz, Gene Wolfe, RRP £10.99

Google it: A review of the Book of the New Sun – Shadow and Claw 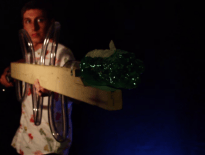 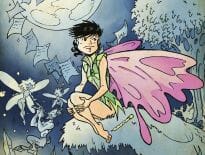