You are here: Home / TV / Anime / Get your teeth into this: A review of Tokyo Ghoul

I was very happy when Tokyo Ghoul came to Netflix, I’d heard a lot about it but it had been proving to be challenging to stream legally in the UK.

A geeky guy thinks he’s lucked out when a gorgeous and book loving girl takes a fancy to him. The twist? She’s a flesh hungry ghoul.

Tokyo Ghoul on Netflix in the UK occasionally has dark shadows drawn across the screen. This is censorship. There’s too much gore to show to the UK audience and so the animation is adapted. The same thing happens when anime gets too racy, you’ll see a white bar – like a lens flare – cover the naughty parts of the screen. The “dark lens flare” doesn’t happen too often on Tokyo Ghoul and I found it far less annoying then the anti-hentai cousin but the fact it appears at all indicates Tokyo Ghoul isn’t an anime for youngsters.

Ken Kaneki ends up as a half-ghoul (or half-human). He has to battle with the need to feast on raw flesh. This isn’t some sexy or angst vampire copycat. This is far more visceral. This is better. Kaneki really does have to fight with the monster inside. 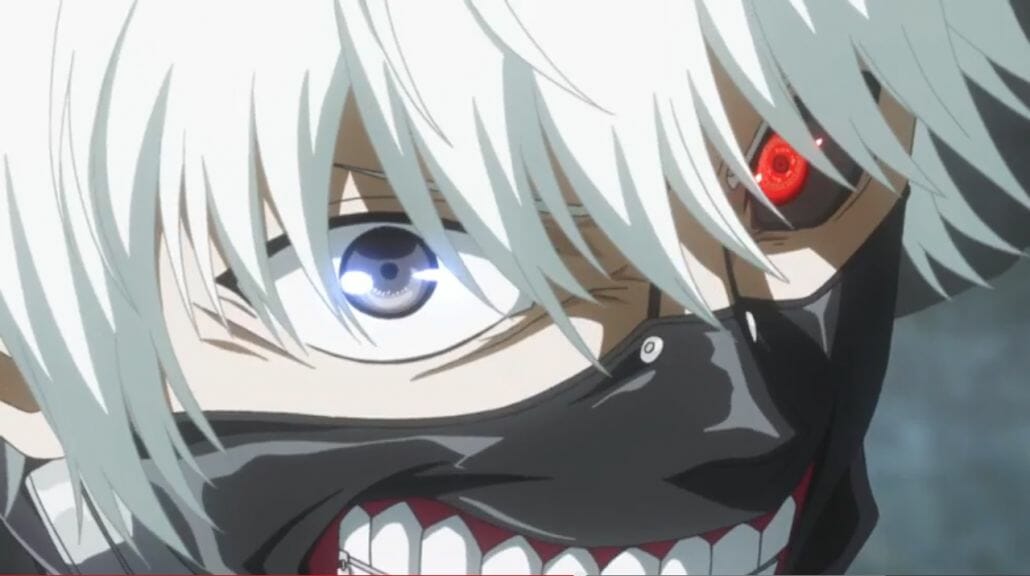 Our hero ends up being looked after by a group of ghouls who organise around a coffee shop front and whom try and eat carrion rather than hunt and attack humans.

Meanwhile, other ghouls from other parts of the city are on the hunt, politics rages and Ken Kaneki is doomed to be involved. Throw in the very active presence of the government’s anti-ghoul division and their pro-active hunting of the undead and the situation gets very serious, very quickly, for Kaneki.

As it happens Tokyo Ghoul lives up to its reputation. It’s a great anime because it so skilfully navigates around all the pit traps on its path. The characters are believable despite the high supernatural stakes. The plot is engaging and with cleverly layered complexity. There’s enough gore, even with the shadows, to remind you that being a ghoul is brutal. 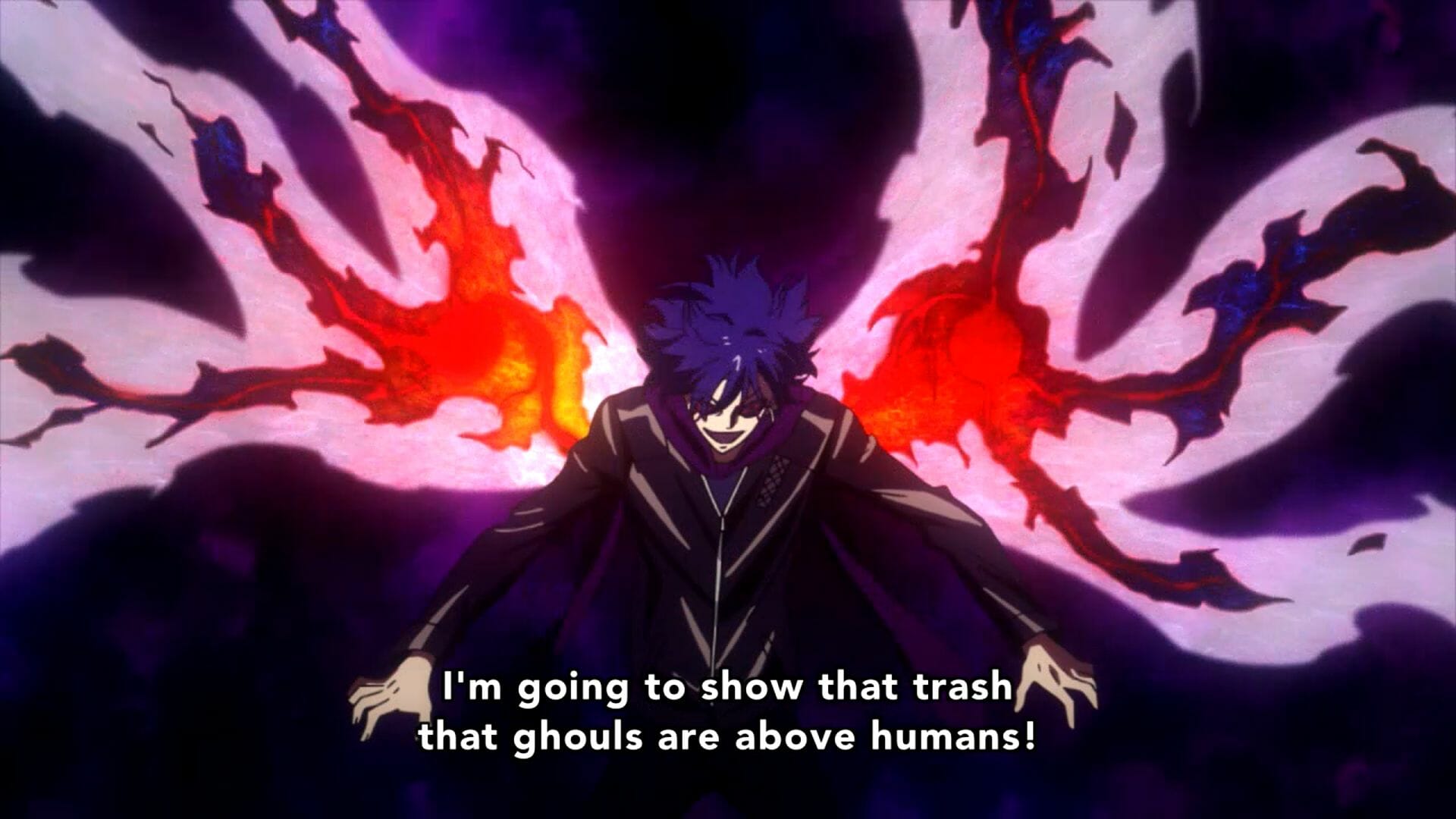 Get your teeth into this: A review of Tokyo Ghoul

Geek Stuff Game of Thrones: Your chapter is coming!
💰 Copper Coins 💰 Geek Native is an affiliate and may earn commission on purchases you make from third-party sites.
🍪 Privacy & Cookies 🍪 The site uses cookies to survive. By accessing the site, you agree to use your browser to control cookie use or take 1d4-3 privacy damage (tracking). If you defeat cookies via ad blocking, please consider the Patreon. An intro to cookies, and how to control them, can be found here. I Manage Cookies