You are here: Home / Movies / Olivia Wilde will be Ella Verity in Cowboys & Aliens 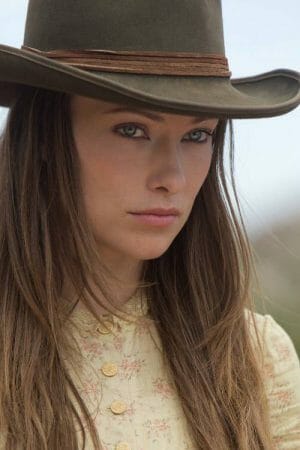 Olivia Wilde – who plays 13 in House and who will be in the Tron Legancy movie – has landed the role as Ella Verity in Jon Favreau‘s Cowboys & Aliens film.

The news has been widely reported but Geek Native thinks ComicVine should get a special shoutout for finding this picture of Olivia.

Olivia Wilde will be Ella Verity in Cowboys & Aliens

Art Fantastic art and dark humour from Andrea Femerstr…
💰 Copper Coins 💰 Geek Native is an affiliate and may earn commission on purchases you make from third-party sites.
🍪 Privacy & Cookies 🍪 The site uses cookies to survive. By accessing the site, you agree to use your browser to control cookie use or take 1d4-3 privacy damage (tracking). If you defeat cookies via ad blocking, please consider the Patreon. An intro to cookies, and how to control them, can be found here. I Manage Cookies