You are here: Home / Books / Should you embrace Darkness? A review of The Knight 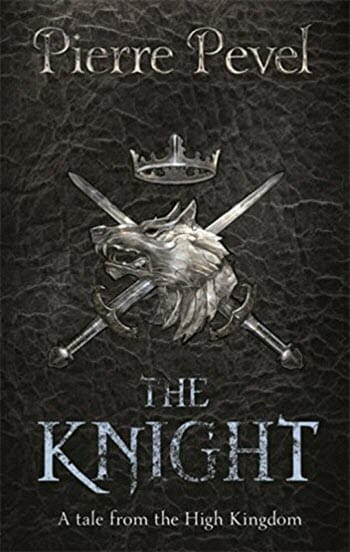 The Knight is written by the giant of French fantasy Pierre Pevel, translated by Tom Clegg and brought to the UK by Gollancz.

I wouldn’t call The Knight a sequel. The book is described as “A tale from the High Kingdom” and there have been other High Kingdom books. I’ve not read any of them and didn’t need to enjoy The Knight.

We’ve a loyal member of a drug addict Prince completing a rescue at the start of the book. Then we find out what happens to him for that loyalty.

The opening chapters of the book are enough to convince you that Pevel writes wonderfully well and you don’t need to worry about this being a translation. The next few chapters hook you on the concept. Our hero / anti-hero, aka The Knight, is introduced and we’re never too sure what to make of him.

The Knight has spent time in a jail corrupted by the malicious presence of the Dark. Other, weaker, men go insane or suffer worse fates due to such exposure but the Knight was chosen and marked by the Darkness.

When the Knight is released, pardoned for his alleged crime, by the King and recruited into his service it feels as if the world is against him. The forces of light worry about his motivations and corruption, the forces of Dark worry what he will do and the Queen’s political plans ensure the two will clash.

Readers enjoy following the Knight as he attempts to find his own path. With all this pressure on him there’s no surprise when he kicks off and does his own thing – predictably followed by all and sundry.

I enjoyed the road travelled by The Knight. Pierre Pevel weaves an interesting tale through a world he knows well, a world rich in flavour and history. The wiggle – perhaps not a negative – is that this is a long and twisty road. We know we’re building up to a conflict but it takes a while to get there. When the plot finally peaks and the Knight clashes with the building tension the resolution is quite brief.

On the flipside; the consequences will be long lasting. The Knight is a book that demands sequel.

The High Kingdom is an interesting place for consequences. Most of the time the world feels like low fantasy; I see no evidence of orcs, elves or anything like that. All of a sudden you encounter a Drac – a human/dragon race. Or Wyvern riders. Or even a dragon. Dragons are the key influencers behind the scenes; the source of empires, religions and wars.

There’s a sting right at end of the book. I mentioned consequences and the need for a sequel. You don’t need a second book to feel the bite. What happens is both unexpected and predictable. Unexpected in that the rebuttals seems almost out of character for the rest of the book but predictable in that violent revenge feels like a given.

Overall? I rather liked The Knight. I was a little wrong footed by the tempo; it rises dramatically towards the end, but I enjoyed every page.

My copy of The Knight: A Tale from the High Kingdom was provided for review. Pierre Pevel, Tom Clegg, Gollancz, 2014.

Should you embrace Darkness? A review of The Knight 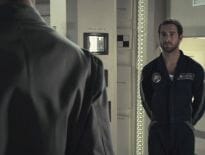 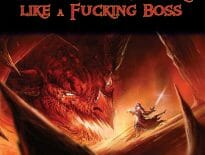