You are here: Home / Geek Stuff / Short film: Among the Stars

This sci-fi short is mainly shot to the camera as the captain of a spacecraft makes his last ever broadcast. I’d accuse him of being a drama lama but, to be fair, he’s in a tight bind.

Despite the speech and the apparently simple cinematography, there is a lot going on. There are special effects for all the heads-up-display readings during the monologue and the space images are incredibly detailed.

Try your luck with this teleport link and the site will randomly take you to a new short film.

Short film: Among the Stars 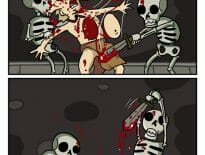 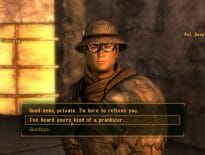 Console One last prank for Davey Crewnshaw
💰 Copper Coins 💰 Geek Native is an affiliate and may earn commission on purchases you make from third-party sites.
🍪 Privacy & Cookies 🍪 The site uses cookies to survive. By accessing the site, you agree to use your browser to control cookie use or take 1d4-3 privacy damage (tracking). If you defeat cookies via ad blocking, please consider the Patreon. An intro to cookies, and how to control them, can be found here. I Manage Cookies