You are here: Home / Movies / Super spy violence: A review of Kingsman 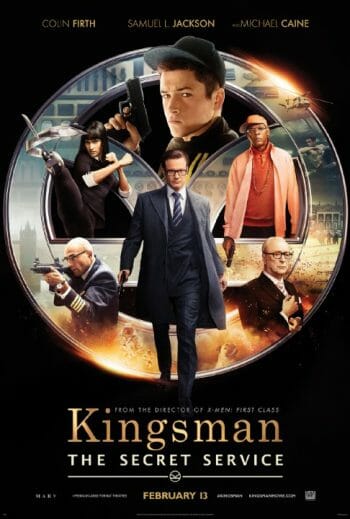 I liked Mark Millar, Dave Gibbons and Matthew Vaughn’s The Secret Service: Kingsman comic book. At the time I tried to imagine what the movie of the super spy story would be like. My sense was that it would be hard to do but the superstar team make it work – thanks, largely, to the explosive combination of action, great acting and a touch of humour.

The movie makes some changes but it is unmistakingly Kingsman. The original was inspired by the riots in London. That influence is not so clear in the movie; probably due to the wider audience and the passing of time but the core class conflict is there. Kingsman is the story of a chav, a poor London boy, caught up in crime and trying to deal with a local thug sleeping with his mum, who finds himself offered the chance to become a spy.

Whereas the movie might not be a carbon copy of the comic book there are some lovely nods to it – such as kidnapping Star Wars actors. In fact, there are plenty of Star Wars references hidden in the film; including rescuing a princess from a jail cell.

Taron Egerton is brilliant as “Eggsy”. I’ve no idea whether the American audience will recognise the chav character he is playing but I’m sure everyone will recognise the clash of classes in the film. Colin Firth is equally good, predictably so, as Harry Hart or Galahad. I thought Samuel L. Jackson was a surprise choice as the film’s villain and the trailers had me slightly worried – but he makes the quirky character work. Michael Caine shone as Arthur and Sofia Boutella a surprise hit. You’ll recognise Boutella from her legs on the poster.

My predictions are that both Mark Strong and Jack Davenport will get new gigs based on their strong performances as Merlin and Lancelot. Sophie Cookson and Taron Egerton both move up a notch on the superstar circuit and their agents will be rubbing their hands in glee.

The action and the acting are actually an odd contrast. I don’t normally end up recognising the acting quality in films with so much violence. Heads explode. Spies are cut in half. You watch close up as people get stabbed with knives and a range of improvised weapons.

The violence hits comedy level. I sense the strong influence of Glaswegian humour here. Kingsman must have been only an edit or two away from getting an 18-rating.

It’s not just the acting that makes Kingsman work. It’s the momentum. The action kicks off straight away and then escalates. Given the strength of the opening scene the escalation means we hit epic heights. I use the phrase “super spy” here because that’s the level we’re dealing with – all the James Bond style gadgets and feats of remarkable physical prowess. There may be Star Wars references in the movie but they openly discuss James Bond and spy movies. This isn’t a dark, low key, spy thriller. This is a high octane explosion of action with plenty of larger than life characters.

Despite enjoying the comic book I wasn’t entirely sure I would enjoy the film. I did. It didn’t win me over – it wasn’t that graceful. It simply caught me up and carried me along in the drama.

I can see this becoming a Saturday night favourite for late night movies and a bother for networks wondering which scenes to edit. Go watch it in the cinema to get the best edit. It’s that sort of film. 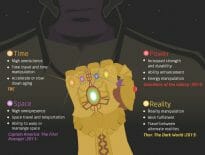 Comics About the Infinity Gauntlet; what powers does it h… 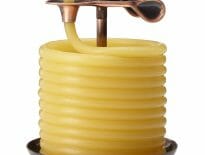