You are here: Home / Books / Comics / The geek streets: A review of The Secret Service – Kingsman 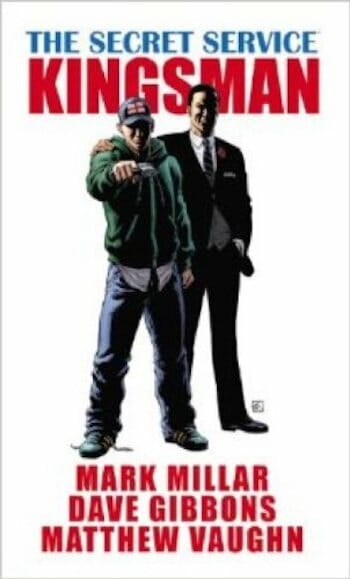 This post is a mixture. There’s a review, an audio interview with artist and illustrator Dave Gibbons and a video tour of the softback graphic novel.

I opened The Secret Service: Kingsman with some trepidation. This is my usual reaction to a Mark Millar piece as I know I may be secrets away from reading something fantastic. There’s also the risk that the tight restraint necessary for wielding such a creative talent slipped and quirky, sometimes puerile, gags have turned up in force and wrecked things.

Kingsman follows on from the riots in London – not straight away, but after enough time for school dropout Gary to be sure his life is going nowhere. In the riots Gary was arrested for stealing a bag of rice. His mum lives with a thug. He hangs with a gang and steals cars.

Life is very different for uncle Jack. Jack is an agent working for Her Majesty’s Secret Service. When Jack’s called to help bail out Gary again he decides the young man has enough talent to try recruiting.

The set up allows some culture clash jokes. Could a teenager identify military grade weapons based on his gameplay experience? You betcha. I know gamers who’ve done just that. Would someone with half a brain turn up in full on chav gear for a black tie event? I’m not so sure.

One constant is the quality of the art and illustration. The synopsis might not suggest a visually powerful book but that’s exactly what Dave Gibbons has achieved.

A spy adventure needs a mystery and a powerful bad guy. There’s a geeky twist here in The Secret Service: Kingsman. Famous actors from geeky titles like Star Wars are being abducted and no one knows why. In fact, the book kicks off with a Star Wars kidnapping and publishing this review on Star Wars Day (May the 4th) seems appropriate.

I’m not sure whether there’s an intended juxtaposition here between the rich elite and the social security class in London. In fact, there might well be a point here about arrogance of entitlement and the perception of intelligence. I suspect it would be possible to dig deep into Kingsman and bring up all sorts of talking points. As Dave Gibbons said, in the audio question and answers, there is some social commentary here.

I’m not sure it happens. I read Kingsman in a single sitting, between coming back from a pub lunch and dinner and just let myself enjoy it. It was easy to do so. It was just a matter of keeping a focus on Gary and his uncle Jack. Would Gary make it in the world Jack’s dropped him into? Will he have to go back, tail between his legs, to his dead end life in London.

My copy of The Secret Service – Kingsman was provided for review. Titan Books; Mark Millar, Dave Gibbons and Matthew Vaughn.

The geek streets: A review of The Secret Service – Kingsman 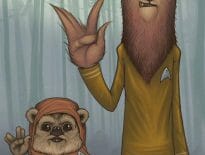 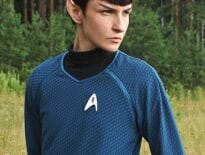