You are here: Home / Games / Tabletop & RPGs / 4 reasons why Critical Failures are a bad game mechanic; 4 why they work 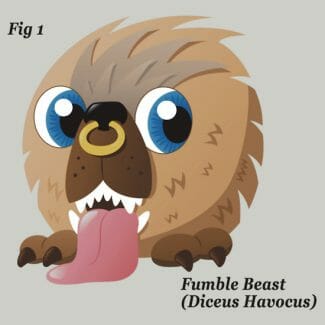 Roleplayers are familiar with the Critical Success or Critical Hit rule. The player rolls a natural 20 or similar maximum value and as a result successfully strikes an otherwise impossible target or hits their enemy with such force that extra damage is done.

Critical Miss rules are not as common in core rules but they remain a popular house rule.

Sometimes known as Fumbles a Critical Failure can be interpreted to mean that something unlucky as gone wrong. As the fighter dropped their sword? Did an over-zealous axe swing break the axe? Did the hacking attempt get traced back to source?

4 arguments why Critical Fumbles are a bad idea

Not everyone likes them. In fact, some tabletop gamers hate Critical Failure rules and here’s why.

Generally better or higher level characters are able to do things more often. A high level fighter can attack more often in a round than a low level adventurer. If there’s a flat percentage chance of the expert fighter fumbling then he’ll do it more often, every melee, than the rookie. Experts make mistakes, yes, but do they make them more often than beginners?

Character classes can end up rolling dice more or less often than other character classes. A fighter might need to make many melee attacks whereas a wizard casts a single, area effecting, spell. A rogue might need to sneak and then strike where as a fighter just strikes. If a rule makes one class less fun to play, or more fun to play, than others then it may need to be reconsidered.

Whether you’re telling the story of interesting people or dungeon crawling with fierce warriors it may be neither in theme or believable when they randomly do something stupid. Just how often would a ranger break the string on his bow? MERP had a critical fumble where characters tripped over invisible deceased turtles. Is that Tolkien?

Imagine your character is a herbalist or alchemist. A critical fumble rule in place means that a percentage (5% if it’s a 1d20 system) of everything she produces is wasted… or even more if the critical fumble somehow negatively affects the rest of their creations.

4 reasons why Critical Misses should be used in games 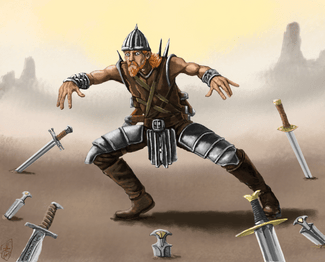 There are plenty of gamers and GMs who like the rule though. Some say they’ve always played that way and it wouldn’t be the same without it. Here’s some other arguments for critical fumbles.

There are plenty of gaming groups that get a laugh out of a spectacularly unlucky turn of events. This is a game, after all. Alternatively, the chance of a fumble can add tension and drama to the game or an important scene.

#2: Only roll when there’s a chance of failure

Not everything that happens in an RPG needs to be rolled for. If there’s no chance of the heroic character making a mistake (or perhaps no consequences of her doing so) then a roll isn’t needed. If there’s no roll then there can be no fumble.

Some frequent in-game actions – like combat- can get a bit samey. Critical fumbles are a chance for the GM to help the player out with a dramatic turn of events. Paizo’s Critical Fumble and Critical Hit card decks are especially popular in this regard.

Some gaming groups like to play in words where swords eventually break and armour eventually wears thin. It can be a bookkeeping nightmare keeping track of the “health status” of all items and so some tabletop groups use a critical failure as an indication a check is needed to see whether a piece of equipment has broken.

What do you think about Crit Misses?

What’s your opinion on the critical failure debate? Is a system with critical misses in its rules a bit of a fumble of game design? Or do you like the unexpected twists the rule can bring to game?

Do you have your own house rule that copes with critical fumbles in a better way than standard mechanics? Why not let us know in the comments below.

Note: The Fumble Beast at the top of the page is available as a t-shirt, sticker and as a mug for your GM.

Some systems have a confirmation throw for critical hits and failures. In that case, higher level or higher skill characters benefit from their improved abilitys.
For example, an attack roll that is a critical failure on 20 becomes a normal failure if the confirmation throw gets a “normal” sucess.
In this case, low and highlevel characters have the same chance of a failure, BUT, the higher level characters have a lower level of critical failures.

KirikoKiama That’s a good point! I had wrestled with how to categorise rules like that. Does it count as a negative – all that extra dice rolling and book keeping? Or is it neutral – cancelling out some of the bad aspects to fumbles while also killing some of the unexpectedness they can bring? Or is it positive – offering the concept while providing a safety net?

AndrewGirdwood  In my experience, the benefits are by far outweighting the flaws of that system. In the case i know (Das schwarze Auge, a german roleplaying game better known in the englishspeaking world for its computer games, like the 90ties series “Realms of Arkania” and the more recent Drakensang) the system only covers attack and defense rolls (critical failures on skill rolls in that system are extremely rare with a 0,725% chance per skill roll, making a confirmation test relatively unnecessary). With only the attack and defense rolls involved any bookkeeping is pretty much miniscule and barely slows down the… Read more »

4 reasons why Critical Failures are a bad game mechanic; 4 why they work