You are here: Home / Books / Comics / Short film: We Were Not Made For This World

We Were Not Made For This World is a short film by Colin West McDonald that follows a robot trying to cross an alien landscape.

The film, simple but powerful, is based on a three-panel comic strip by the respected Paul Hornschemeier. Also called “We Were Not Made For This World” the comic depicts a similar robot, just as out of place and just as determined. 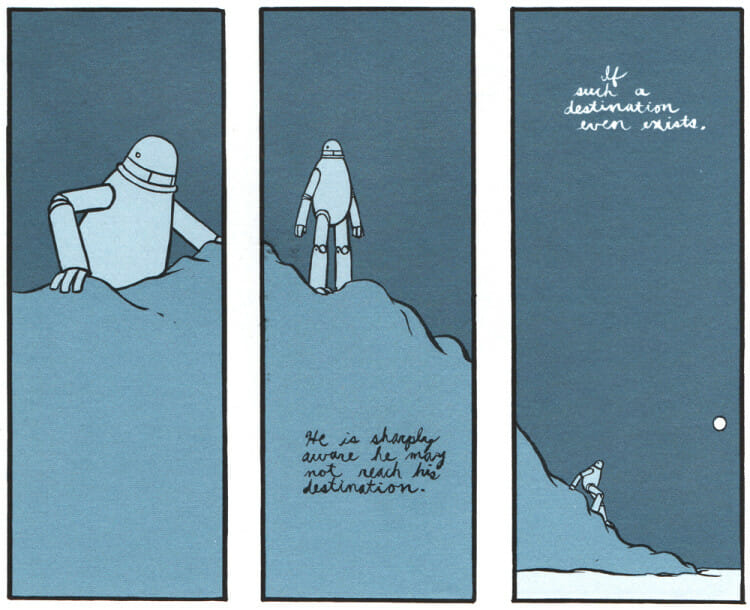 In the mood for another? Use this teleport link and the site will pick another random video for you.

Short film: We Were Not Made For This World

Art Exclusive art from the visceral Fearworms: Selecte…
💰 Copper Coins 💰 Geek Native is an affiliate and may earn commission on purchases you make from third-party sites.
🍪 Privacy & Cookies 🍪 The site uses cookies to survive. By accessing the site, you agree to use your browser to control cookie use or take 1d4-3 privacy damage (tracking). If you defeat cookies via ad blocking, please consider the Patreon. An intro to cookies, and how to control them, can be found here. I Manage Cookies