The first crazy is the time Doctor Doom became Santa. In the comic from Marvel’s old “What The-?!” series Santa lands at a certain Laverian castle. Santa even manages to battle through many of the evil Doctor’s defenses – you know, so he can deliver a present – but is fatally injured on the way. His last request is for Doctor Doom to become Santa Claus and deliver the rest of the gifts. 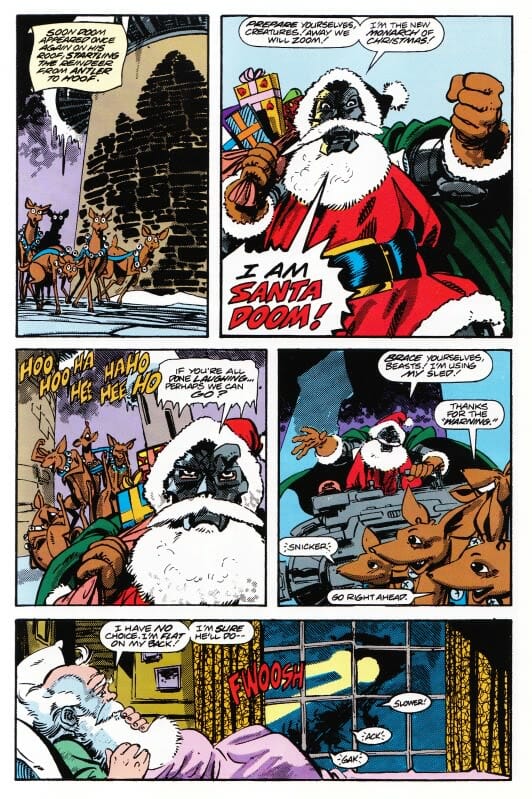 The second crazy and pat on the back goes to CaptCash who took this Santa Doctor Doom costume and cosplayed it. 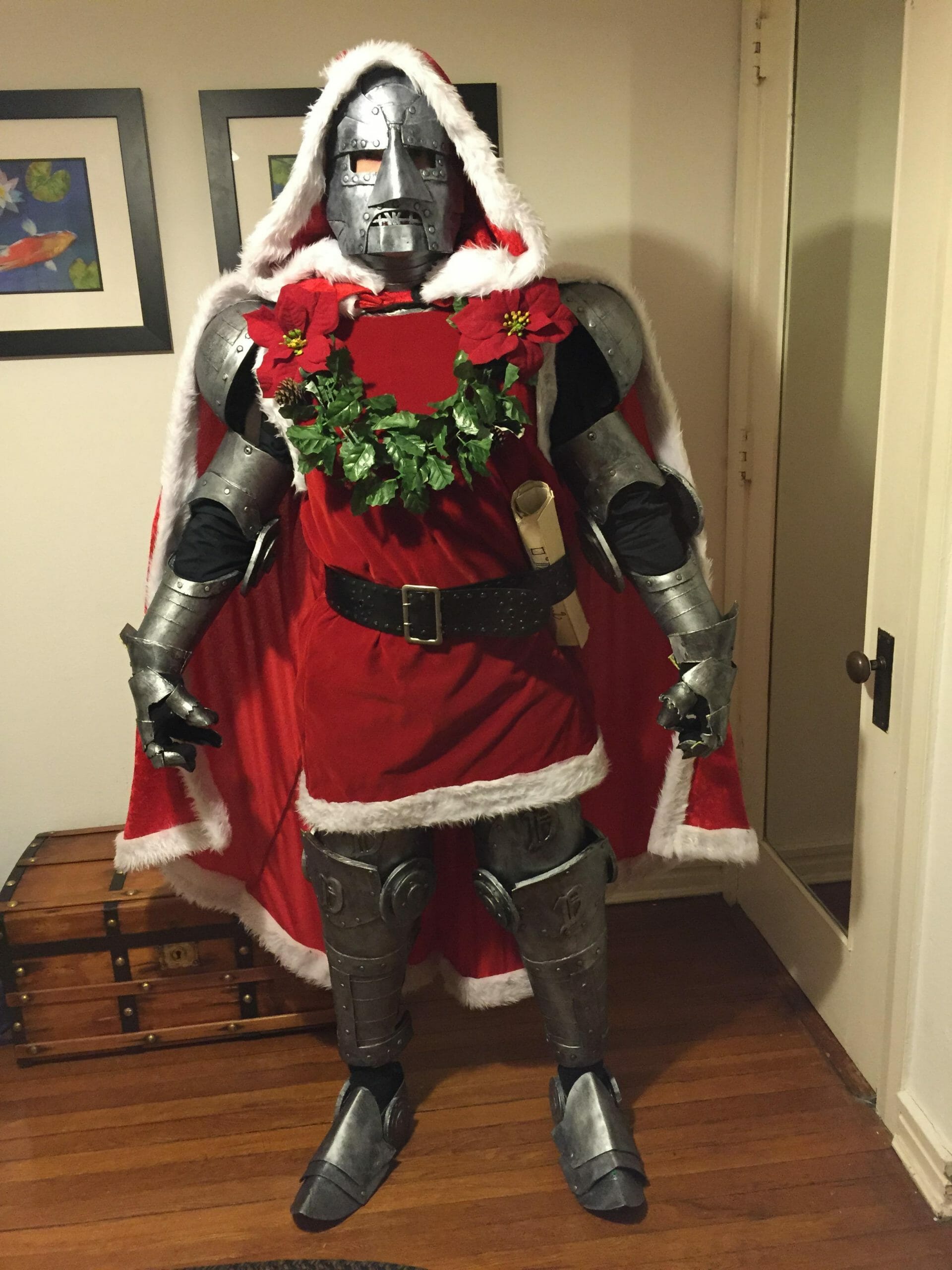 You can see more pictures up on Imgur.

Geek Stuff Game of Thrones inspired Iron Shoes take swords to…
💰 Copper Coins 💰 Geek Native is an affiliate and may earn commission on purchases you make from third-party sites.
🍪 Privacy & Cookies 🍪 The site uses cookies because that's the internet. By using the site, you agree to their use and 1d4-3 privacy damage (tracking). If you defeat cookies via ad blocking, please consider the Patreon. An intro to cookies, and how to control them, can be found here. I Accept