In August I wrote about Asmodee, a French group, landing in America by buying Days of Wonder. We can now safely say that was just the beginning of the plan. Yesterday it was announced that Fantasy Flight Games would be merging into Asmodee.

“Merging into” is a fan-friendly way of saying that Asmodee has bought Fantasy Flight Games. No staff changes are effected and the two companies have said that FFG will continue as a brand and as a fully independent publisher in the group. FFG’s Christian T. Petersen said;

“By joining forces with Asmodee, we’ll be able to continue that growth, expand our international marketing capabilities, and create additional career opportunities for our terrific staff. Most importantly, we can do this while staying true to our vision of creating great products for the global hobby games market.”

It seems unlikely that any of Asmodee Groups other product lines will transfer over to the Fantasy Flight Games logo despite the power of the brand. At least for now. However, Asmodee and affiliate studios may start to get their games listed in the FFG cataloge.

The reason for the merger was pretty clear (and it’s been talked about for a while) as the economies of scales the deal could unlock are tempting. For example, FFG expects to retain all of its licensing relationships (it may be wrong) and the two will now try and extend their deals into Europe (FFG license deals out via Asmodee, or Asmodee deals out into America via FFG). The companies say that they don’t intent to change any market retailer or distributor relationships in North America and that none of the international distributors who translate and publish for FFG will be effected. I think we’ll have to see what happens there over time.

“I am delighted to welcome Christian and his team to the Asmodee Group,”

“Fantasy Flight Games is a highly reputed publisher within the gaming community. It has demonstrated its ability to create great games and to establish fantastic relationships within the hobby games market and large entertainment companies. Together, we will continue to bring unique, innovative and high-quality games to gamers worldwide.” 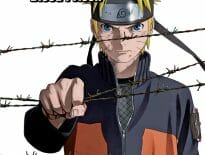 Movies A box of monsters: A review of Naruto Shippuden Mo… 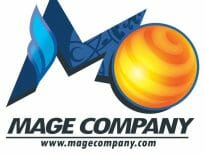