You are here: Home / Books / Mashpunk: A review of In Dark Service

I had two concepts in my mind as I started to read In Dark Service. I share them here only as a warning because I suspect they were unhelpful and I why I struggled to get momentum with the book. I was thinking “kidnapping” and “steampunk”. After all; the blurb on the book uses “kidnapped”.

The problem with the word “kidnapped” is that it steals thunder from the first quarter of the book and twists your expectations of pacing.

Instead think of In Dark Service as a mashup. It may start off like fantasy with a touch of steampunk but that’s not where it ends up. If it’s a punk then it’s a mashpunk; a mixture of mixtures.

The closest comparison I can get to is Flash Gordon without the people from Earth.

Stephen Hunt’s book deals with a huge world. I had to Google to see just how large the Earth was when I stared to read. As I was halfway through the book the European Space Agency was landing on comet 300 hundred million miles away and that helped give me perspective.

I think some of the mythos building In Dark Service is top notch. This has the callings of a fantasy RPG. There are non-human races and they’re considered to be deviations from the “common pattern”. This pattern is a loop so those which are many cycles from are called “Twisted”. The less human you are; the more twisted you are from the common pattern. This could work with genetics and mutations and it’s hard to completely shrug off the idea that the book is set in a post-apocalyptic world in which the apocalypse has faded from memory.

Some of my favourite characters in the books are twisted. I especially liked the Gasks; so peaceful and clever – so dangerous.

In Dark Service is largely in two chunks. You’ve the adventure of the would-be rescuers. This is one of dangerous encounters on the road, discovering about each other’s abilities and the occasional plot twist. The real meat of this section is the character development – especially around the priest Jacob Carnehan. The second chunk is the experience of the kidnapped. This is a chunk about the evil people do, plot twists and occasionally discovering something about a character. The real meat of this section is also about character development – especially around the two male characters.

Over the 500 or so pages of my journey with In Dark Service I went from wondering why it was so hard to turn a page to hoping for a sequel. Amazon suggests the book is part 1 of the Far Called Trilogy, that’s a good sign. I’m glad I stuck with it.

Mashpunk: A review of In Dark Service 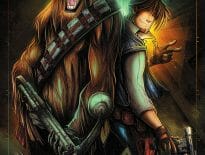 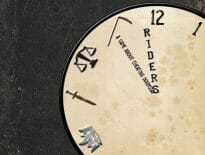