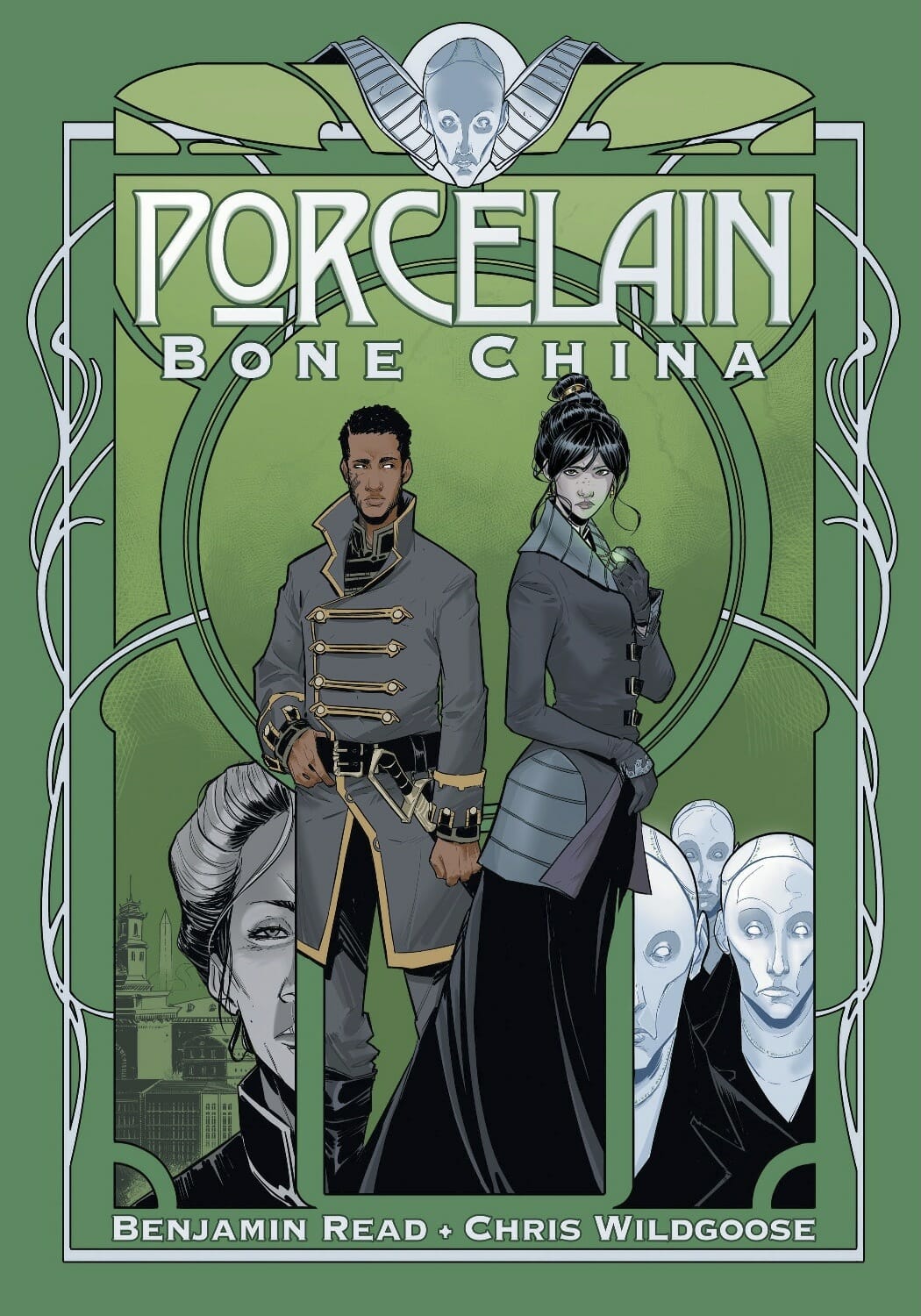 Improper Books have announced the release of Porcelain: Bone China by Benjamin Read and Chris Wildgoose.

Porcelain: Bone China is the second volume of the creator owned Porcelain: A Gothic Fairy Tale trilogy and is due out in the Spring of 2015. A free, full colour preview of the first 12 pages of Bone China will be made available to attendees at Thought Bubble in Leeds on the 15th and 16th Novemeber. Additional copies will be made freely available at supporting shops such as Gosh! (London), Orbital Comics (London), Page 45 (Nottingham) and Travelling Man (Leeds, Manchester, Newcastle and York). Geek Native has a few preview pages on display below.

In the sequel more than a decade has passed since the drama in Porcelain: A Gothic Fairy Tale and the Child has become Lady. Inheritor of all her Uncle’s wealth and secrets, she works to refine the Porcelain and put right past mistakes.

As Porcelain becomes ever more popular, Lady comes to the attention of the ambitious General who wants inhuman soldiers for the war. 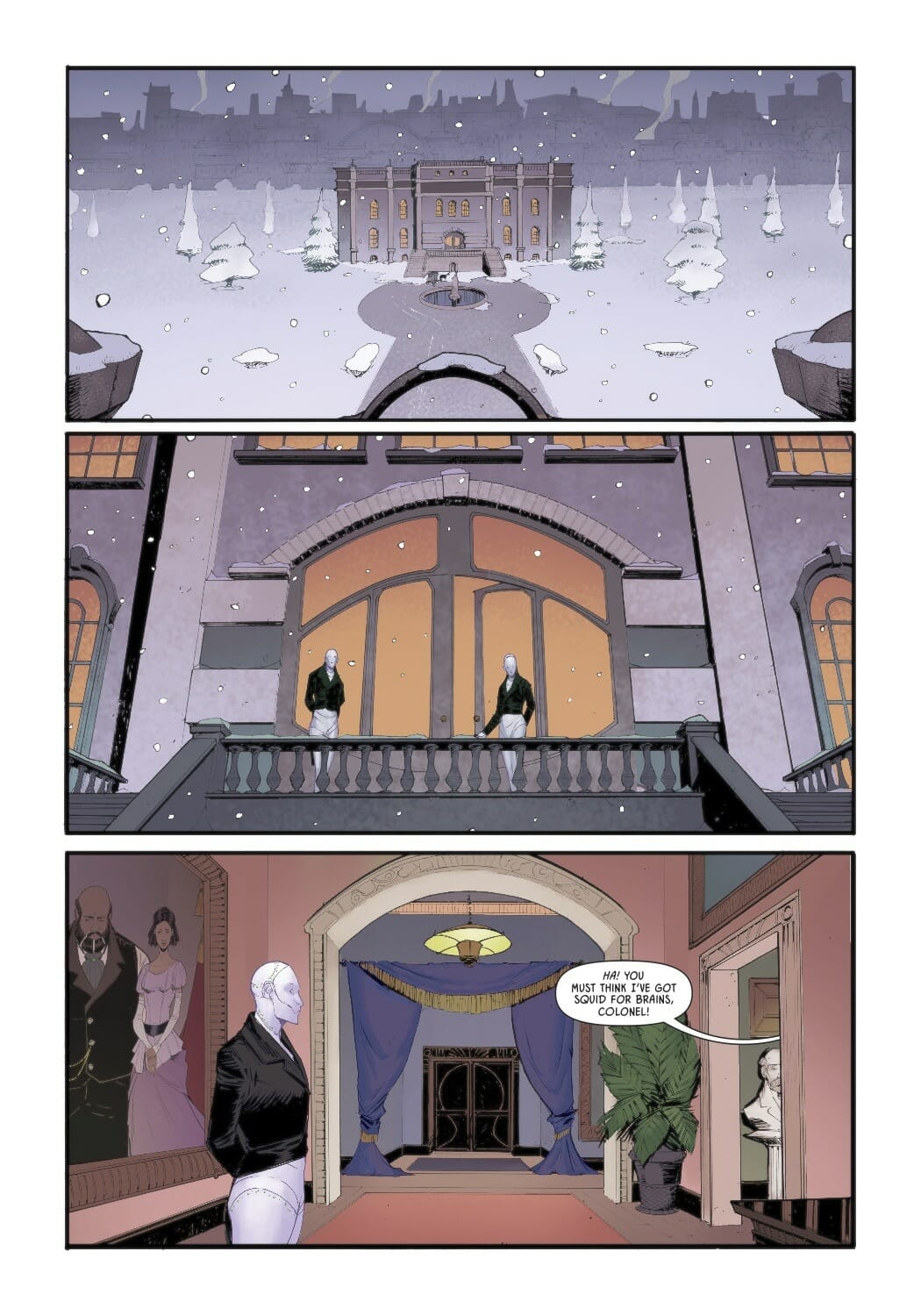 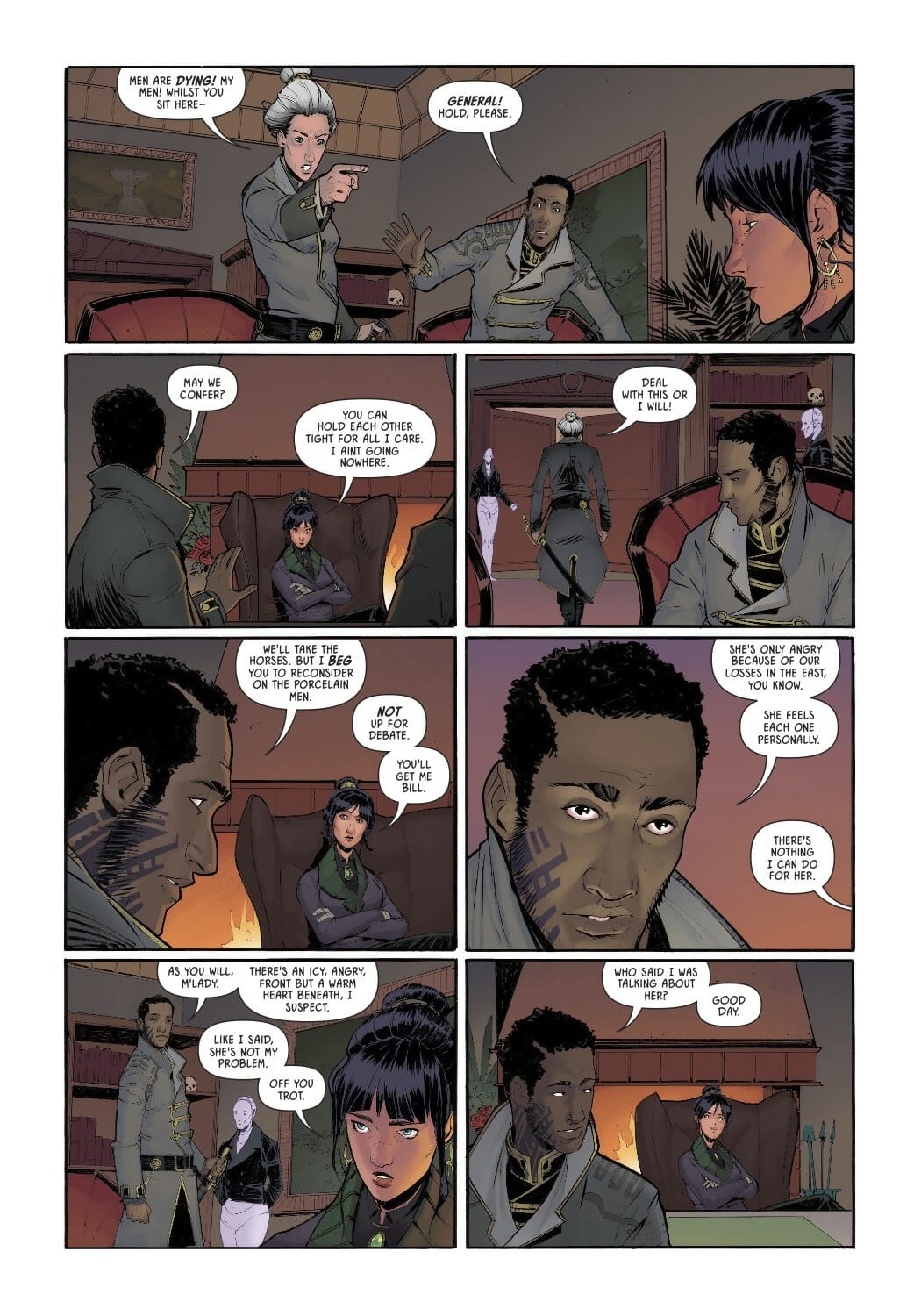 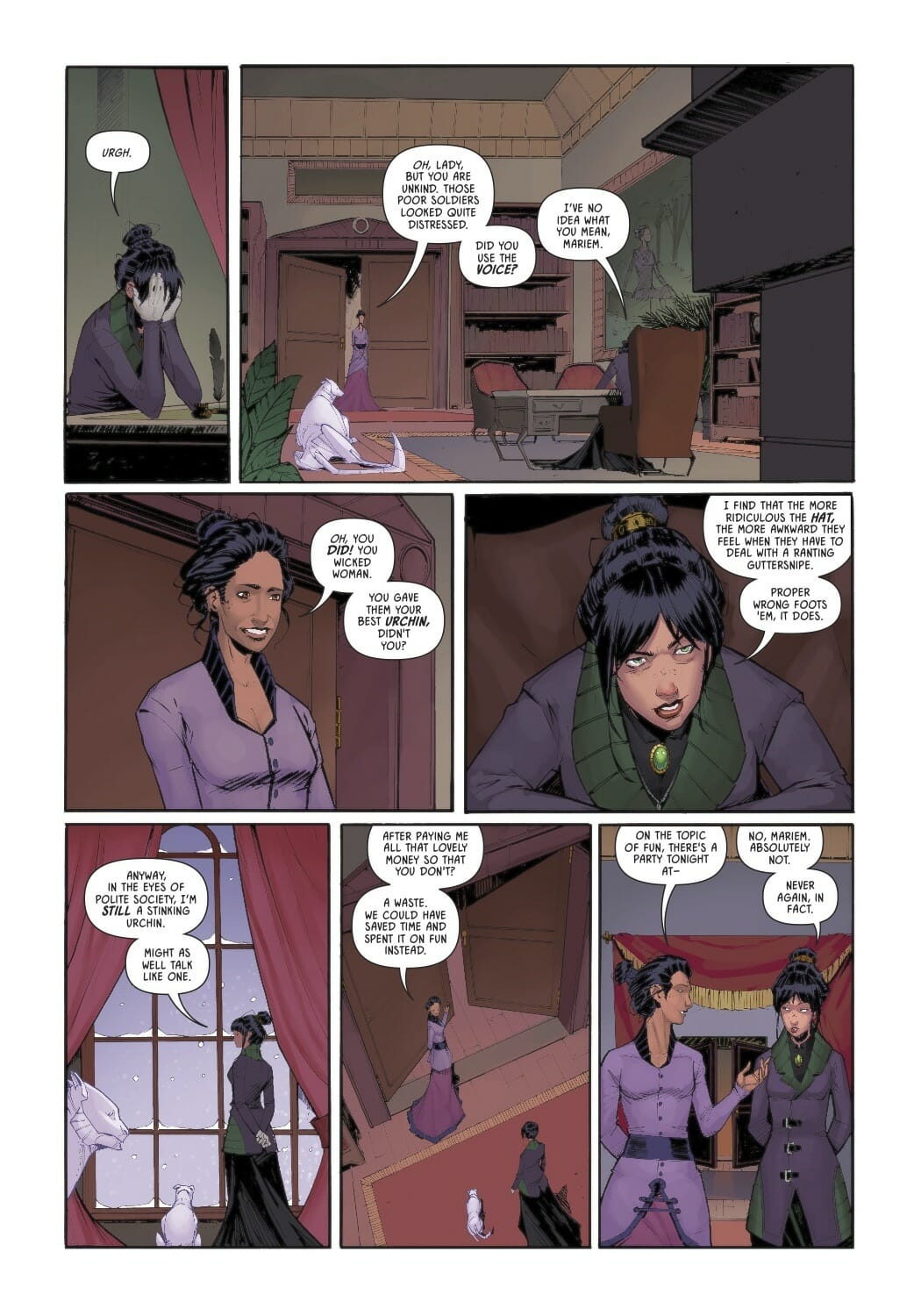 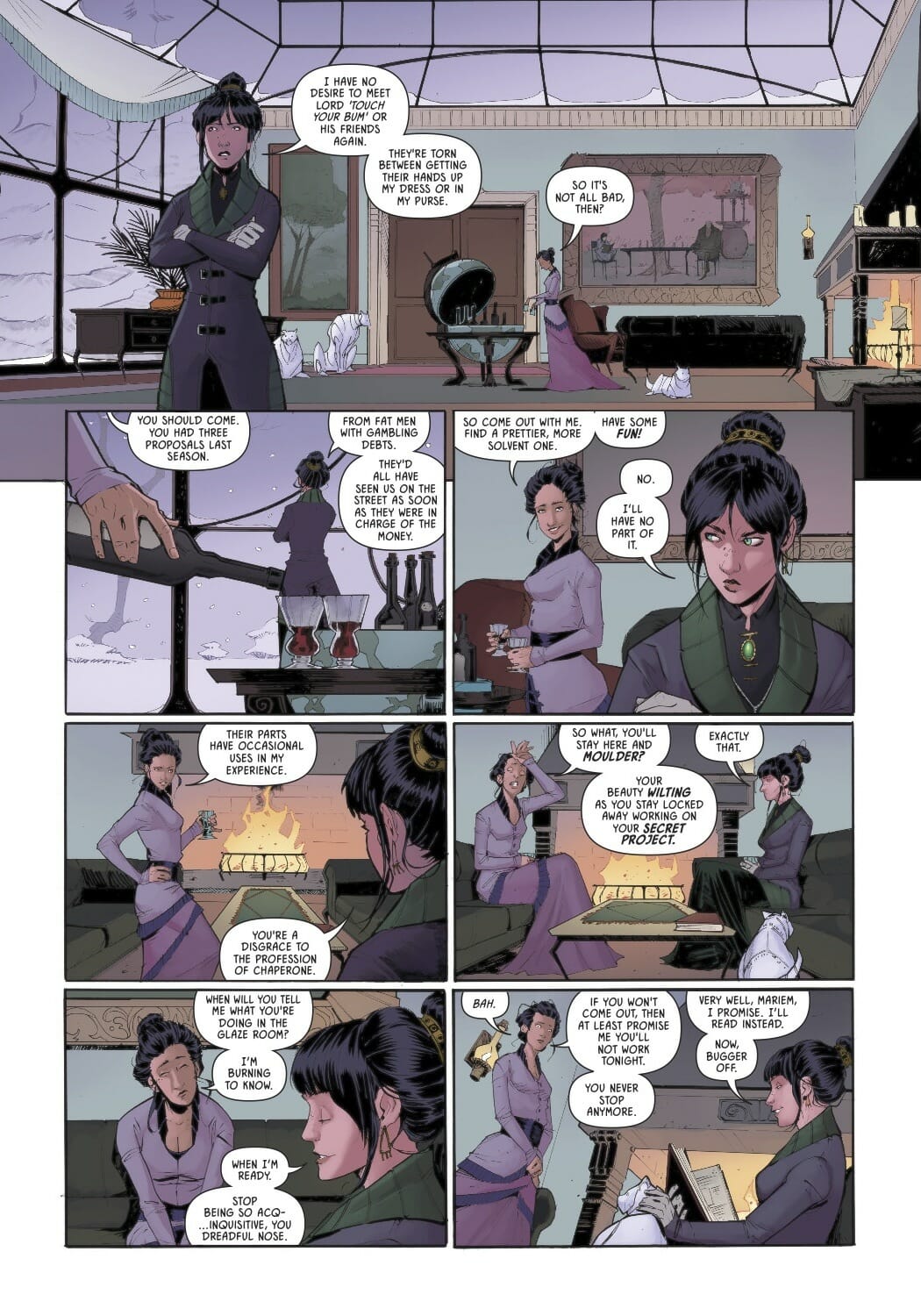 GeekNative AndrewGirdwood Thanks for covering this, Andrew. Much appreciated. 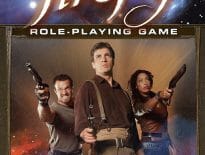 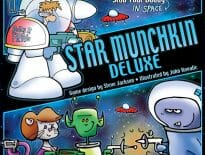