Overwatch is Blizzard’s new first-person shooter, team based, easy to play, esports challenger. You can check out a list of the current characters complete with art work here and stop the timer on how long before we see the first cosplay. We’ve already seen it.

There’s Overwatch cosplay already. Rachel Day happens to be a technical artist at Blizzard as well as a cosplayer. She’s therefore an ideal choice to appear, in cosplay, at the same event Overwatch was announced. 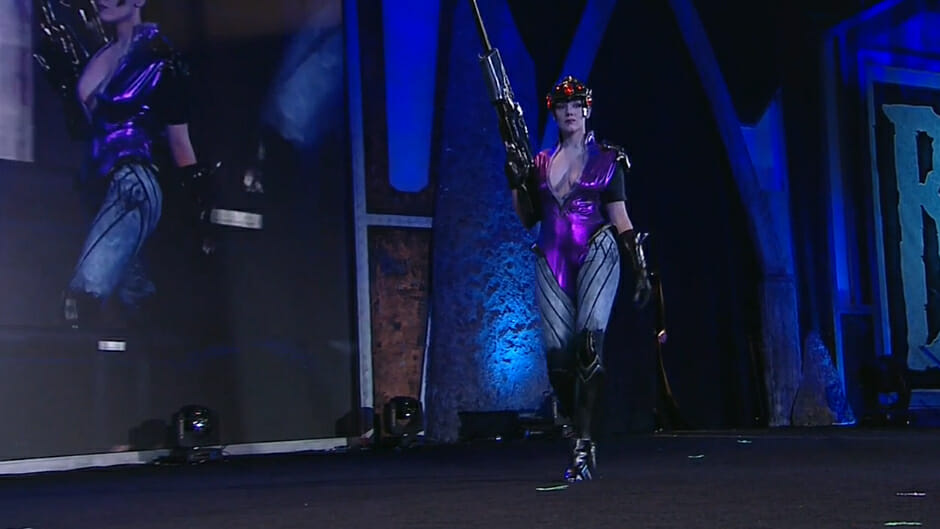 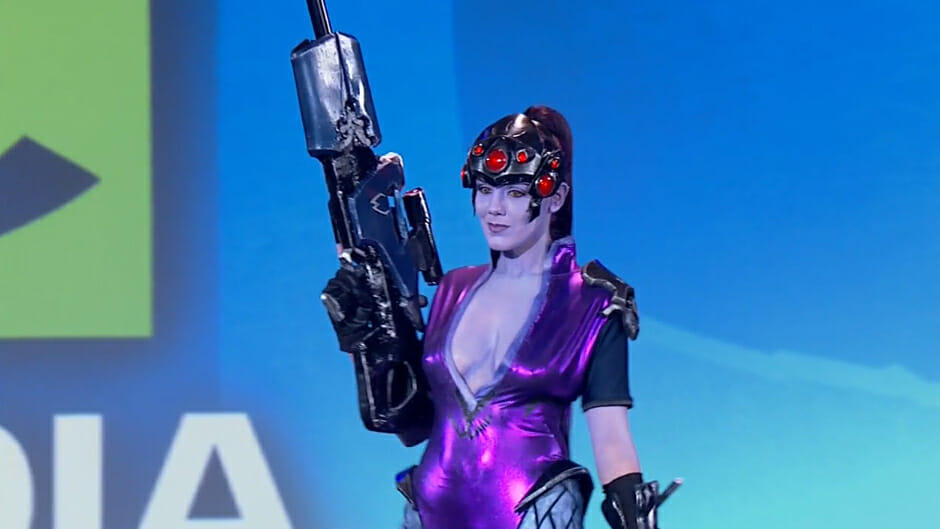 Pictures from Mike Fahey and Kotaku. 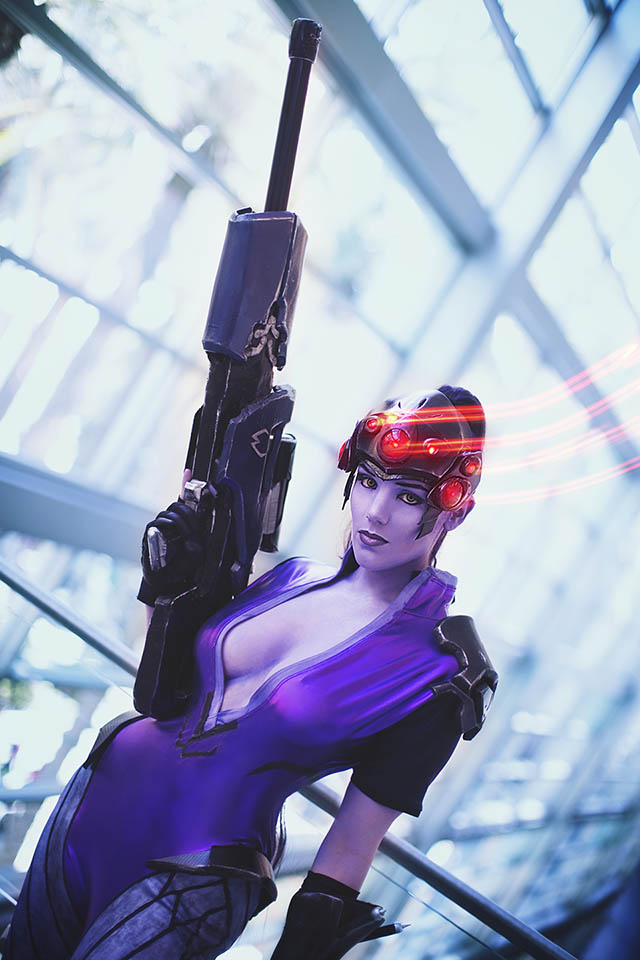 This picture of Day as Widowmaker was taken by the famous cosplay photographer Anna Fischer. This is an important nod of approval from the community. 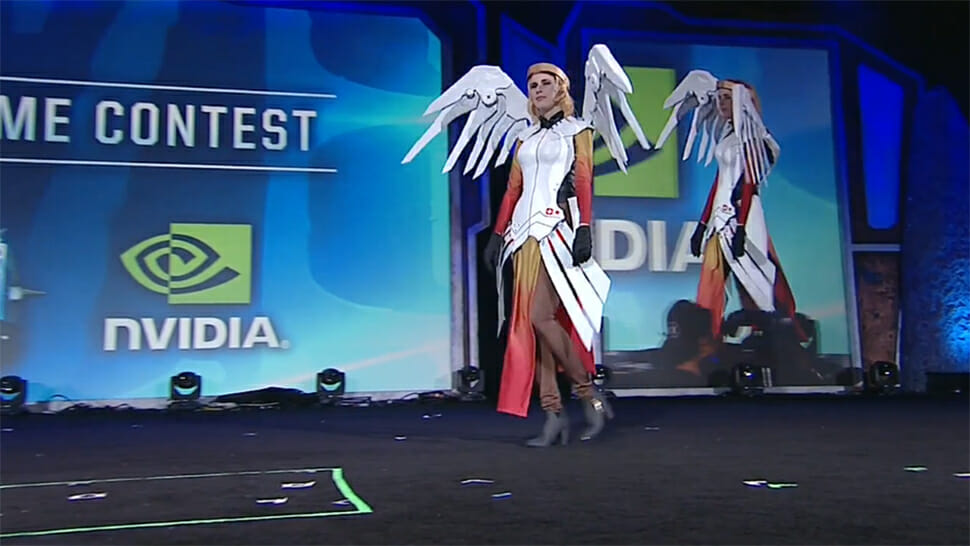 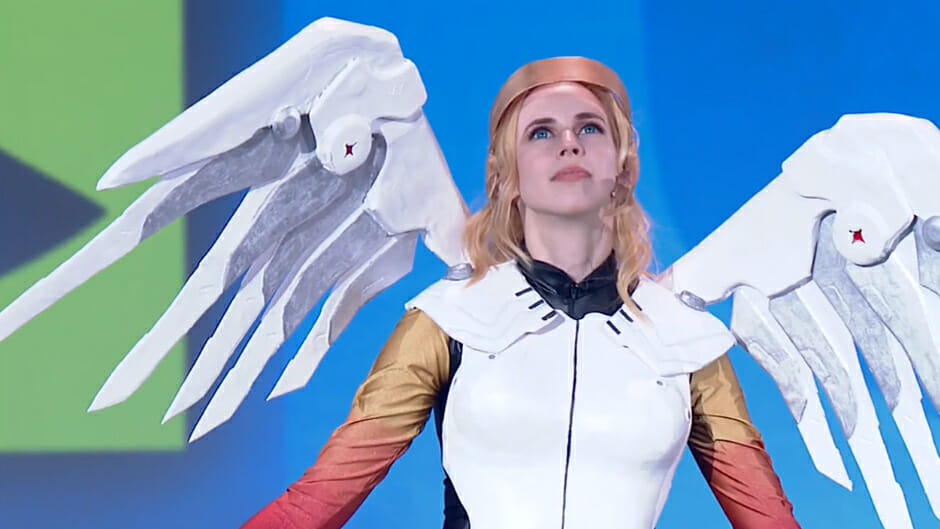 The game’s healer is Mercy. Whereas I suspect we’ll see lots of Widowmaker, Reaper and Tracer cosplay I imagine most of the characters will get a look in (except Winston and Bastion who’ll be hard to do and rare). I predict Mercy will have a loyal fan following of her own as she’s different role in the game. The healer will be hard to cosplay thanks to those energy wings.

These pictures of Val as Mercy also come from Mike Fahey. 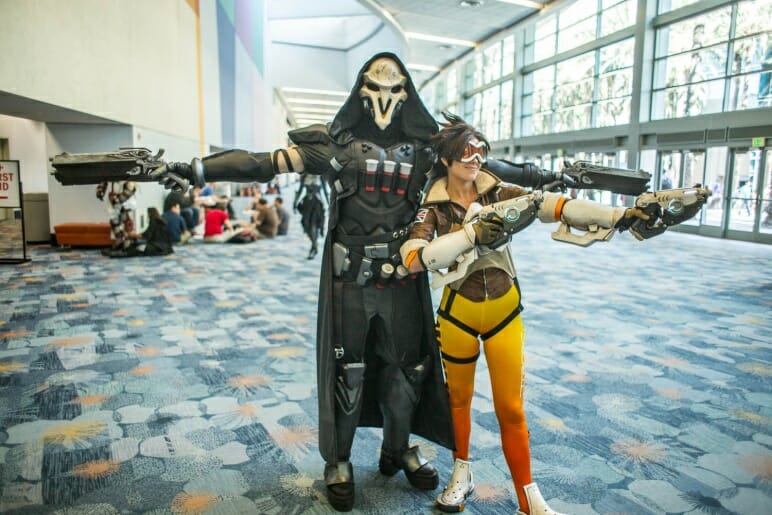 Reaper’s well designed for cosplay. You can get the basics right with the cowl and the mask. You can go to town with the rest. I’m confident Tracer will be popular too; she sounds like a fun character and wears sensible clothes.

Not counting costumes made by Blizzard or Blizzard employees, it takes ONE day before an Overwatch cosplayer shows up.  http://kricketcostumes.com/tracer-overwatch-cosplay-from-blizzcon/

quacktape That’s cool. Deserves a post here too, I think.

quacktape I’ve finally gotten around to blogging about Kricket! http://www.geeknative.com/49758/fastest-fan-overwatch-cosplay/

mikemetcalf But Rachel Day is the same person who goes in that picture ? I think there were two cosplayers widowmaker in blizzcon 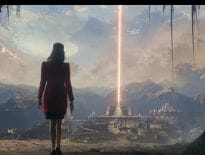