You are here: Home / TV / Banned for a decade: A review of Ghostwatch 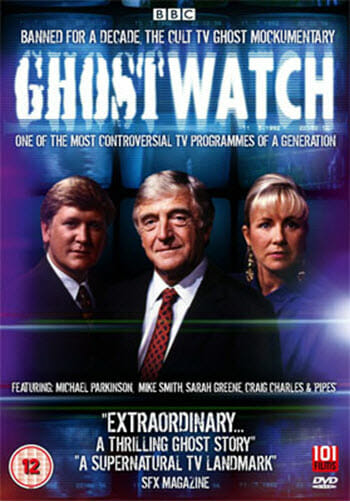 If there’s one medium of horror I can’t stand it’s the Found Footage movie. Too often it’s a lazy excuse for bad shakeycam disguising poor effects whilst no-name “actors” enjoy their fifteen minutes. Also I’ve been spoiled because the first time I saw anything of that ilk was when I watched Ghostwatch on Halloween 1992. And they did it almost perfectly.

At that age, as a young, naive 15-year-old without internet access, I had no idea this was a scripted event. As far as I was aware it was a live broadcast, with a bunch of well-known TV personalities spending Halloween at an allegedly haunted house; a Crimewatch-style phone-in show with a ghostly gimmick for All-Hallows Eve.

Apparently I wasn’t the only one, because the phone line they ran on the night had real people calling in to share their ghostly stories live on air. These live calls to the studio broke up segments of increasingly inexplicable events at the house, culminating in a stunningly effective crescendo. Whenever I think of the show it strikes me as my generation’s version of Orson Welles’ infamous War of the Worlds hoax of 1938. It was certainly effective enough to be the first television programme to be listed as a cause of PTSD in children.

Recently the Head Native gave me the chance to go back and watch it again. I was curious to see if, twenty-two years and countless scary movies later, it still held up. I’m pleased to say it does so rather well.

Chat show host Michael Parkinson and the husband and wife team of Mike Smith and Sarah Greene will never win acting awards, but they give effective performances as themselves in a situation that gradually spins away from their comfort zone. The casting of Smith and Greene is particularly inspired. As events in the house begin to escalate you can see what appears to be genuine concern for his wife beginning to crack through Smith’s presenter persona.

The show itself cuts between two main sets: Greene and her camera team inside the house with the beleaguered Early family, and Smith and Parkinson in the studio discussing the events with “experts” and fielding calls, some scripted and some from actual viewers calling in to share tales of their own encounters with the supernatural. It’s through these calls that both the backstory of the house is uncovered and the likely identity of the being referred to by the youngest girl as “Pipes”.

The switching of sets and gradual ramping-up of the horrific aspects keeps it moving at a brisk pace for its 90 minute duration. It doesn’t let you get entirely comfortable, or allow you to get bored between scares, unlike some of its found footage descendants. Even at the end you never get to see the entity fully, although there’s plenty of “blink and you’ll miss it” cameos for the eagle-eyed viewer that reward subsequent rewatching.

Ultimately Ghostwatch is a product of its time. The type of show it apes seem to be less common these days, and most of its stars are no longer as prominent as they were 22 years ago. That said, having rewatched it for the first time in years and despite knowing the plot, I still found myself jumping at certain points. That’s more than I can say for a lot of recent ghost films I’ve watched.

GeekNative that shit me up something chronic at the time.

Banned for a decade: A review of Ghostwatch 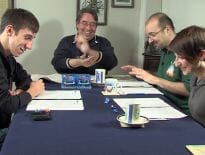 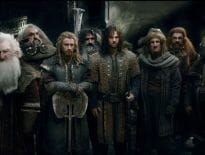 Movies The Hobbit: The Battle of the Five Armies trailer…
wpDiscuzComment Author Info
Manage Cookie Consent
This site uses cookies 🍪, and links are ads that may earn bloggers some money 💰, and with this alert, I very much hope that these dark truths 🧌 are acknowledged.
Manage options Manage services Manage vendors Read more about these purposes
Preferences
{title} {title} {title}
Loading Comments...