The original DungeonMorph Dice Kickstarter from Inkwell Ideas raised over $20,000 from 379 backers. It funded back in 2011. Years ago. Now the clever RPG design company is back with a campaign that includes cards, PDF and font to support a city and town theme. You can back it here.

The premise is simple but clever. A GM can roll a handful of dice, bunch them together and randomly create a dungeon map. The dice are decorated with map designs that fit together. Each dice face as a number too, you know, because sometimes you just need a random number.

The designs below are part of the campaign but have not been seen elsewhere before. Joe Wetzel, of Inkwell Ideas, has been kind enough to share these as a Geek Native exclusive.

You can see a 6 showing a city Coliseum and a 1 showing a star of roads forming in a city.

This campaign doesn’t stop at dice. After all, are you going to move tiny miniatures around on top of a cluster of dice? Unlikely.

Inkwell will provide a PDF or cards that map to the numbers on the dice. This means you can transpose your random city or town from the dice to something you could game on.

How will the cards look? We’ve another sneak peak. The cityscape with the number 2 on it is the dice art. The other is the card based version of it. You can see there’s improved detail and clarity.

Tempted? You can back DungeonMorphs 2: Cities & Villages with dice and cards over at Kickstarter. 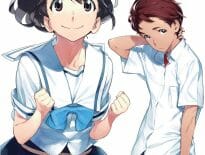 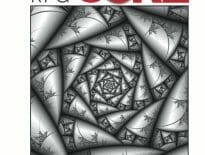