You are here: Home / Games / Tabletop & RPGs / Intelligent and farsighted: A review of the 6d6 RPG 2nd Edition 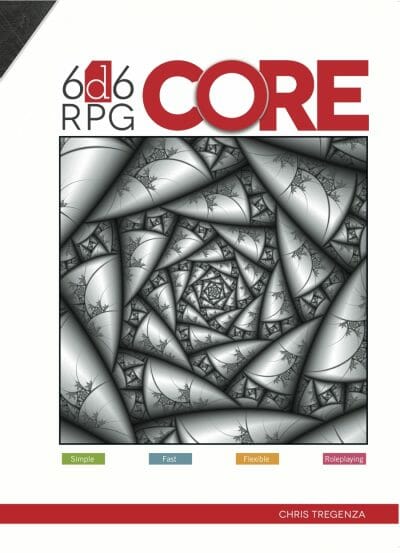 I got my copy of the second edition of the 6d6 RPG by backing a Kickstarter. The campaign came in 330% funded and that’s a feat that even some of the biggest names in the industry would be pleased with. Gamers who missed the Kickstarter will soon get a chance to buy the books at RPGNow/DrivethruRPG.

6d6 always struck me as an intelligent system in an intelligent system. By that I mean the approach of offering a sensibly priced core rules that work with sensibly priced ecosystem of support books seems like common sense but it is hard to do. It takes an abundance of intelligence and a lot of hard graft to make it work. Some publishers have tried and failed to produce such a model but this is the RPG platform that does it.

As proof of the ecosystem I need only point to DriveThruRPG’s collection where you can pickup first editions of Outbreak!, Mince Pies & Murder, Quantum Flux, Wild West Shootouts, Generic Modern Starter Pack, Cybernetics and many more already. That’s a diverse collection.

There’s more. Once you’re a registered owner of a 6d6 product you get access to 6d6 Online which is a collaboration and publishing tool. You can get your print editions of the books at cost and everything the company does is part of the Creative Commons project. This means you can legally share your 6d6 PDFs with your friends. Isn’t that a smart way to handle RPG distribution between friends?

In addition, the 6d6 Core book morphs between a two column layout and a three column one. It may not please the team to read this but the colour and layout choices remind me of my favourite student text books.

The Core book kicks off with a quick start and character generation. Character capabilities are defined by potential and advantages. While potential reveals how much a character could do the adventures detail what the character can do and how well they do it. There’s two types of potential too; dynamic and static. The first represents conscious thought and the second reflexive or unconscious thought. 6d6 uses tokens or small coins to track how much potential has been used.

An example of the 6d6 being smart is how it has combat readiness and potential overlap. If a character isn’t fully ready for combat then they begin their turn with some of their dynamic potential unavailable. That makes sense; normally a character could do something bigger and better but because they were a little caught out their response was not as good as it normally could have been.

6d6 took me a re-read but it’s actually surprisingly intuitive.

The 120-paged book has everything you need to run a game. It’s a smart system. As I said; it’s a smart system that lives in another smart system – that of supplements and support. If you’ve an idea to test out a setting or a type of game then 6d6 Core will enable you to do it.

On the other hand, if you’re out of ideas and need your imagination brought to life by reading about a compelling setting, a world of adventure or the challenge against evil then these core rules, by themselves, won’t do it. If you’re all out of ideas then you’ll need to bundle the 6d6 Core with one of the many supplements.

The video tour of the 6d6 RPG Core book below was created by Google+ Auto Awesome. This takes my poor quality photographs, applies a colour filter and distortion to make a video.

Thank you Andrew for the review and the video! They are both much appreciated.

The books are available via the 6d6 RPG store [ http://6d6rpg.com/store/core ] and will be available on RPGNow / DriveThruRPG any day now.

I picked up 6d6 earlier in November, and have gotten in a few games already. I’ve found it a very grokable system, and the group that I’m running it with so far has really taken to it.

Intelligent and farsighted: A review of the 6d6 RPG 2nd Edition 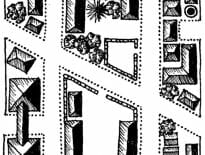 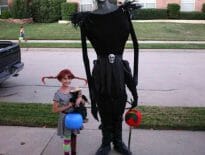