Ultimum is an ambitious Kickstarter for a tabletop RPG enhanced with lots of hi-tech options. The pitch video gives a clear idea of the project scope. Give it a watch and then read on for our interview with lead designer Christian Muckler. If you need more insight after that then pop over to our peek at the Ultimum art.

Can you tell us about the world of Ultimum; how it feels, what the challenges PCs might face are and what rewards they might hope for?

Okay. So, we have eight races, three of which are aliens, the rest are from Earth. Basically, the story from our cinematic trailer is that Earth learned it was about to be invaded. A team of humans and robots called Automata developed a plan to send a large portion of humanity as far away from the Earth as possible. The ships that left were called the Phoenix Fleet (This is where our main logo comes from). The three top Automata and the scientist who made them develop another plan, called the Nemesis Protocol: in case humanity is eradicated, the team will genetically alter specific species that meet intelligence and social criteria to evolve at a rapid and somewhat directed pace. Then, these robots will safeguard these animal species from the alien invaders. At a particular point in time in the far future, the robots will begin to teach the animals how to speak, how to civilize and how to fight. The three robots and the animal species are joined by a group of aliens called the Knoxians who have come to fight the aliens. The animals and Knoxians defeat the alien invaders and retake Earth. Shortly thereafter, the Phoenix Fleet returns (time moved much slower for them because of the speeds they were traveling through a wormhole). When they return, another group of aliens have followed them back and destroyed their ships. The Phoenix 1 (PHX1) crashes into what is now the Somali Peninsula. The animal races – Simian (Ape), Asaborn (Wolf and Bear), Crokodan (Crocodile) – along with the Knoxians (Alien Dwarves), and the Vasayans (Energy guys), help the Humans, Automata and Atlansar (aliens that met humans in space). Together, they build Phoenix Landing – a sort of capital and hub. Not everyone gets along though. Humanity feels entitled to a world that is no longer theirs. It’s a dangerous place now and humans aren’t necessarily ready for it, they need some help.

The game’s reward system is centered around an economy without money. Instead, there are devices called Rapid Fabrication Devices (RFDs). An RFD can scan and collect base minerals and then convert those minerals into useful items such as firearms, armor, melee weapons, shields, camping gear, or any other non-complex machine or device. The RFDs were invented for the Phoenix fleet before they left and they are made in a special way that requires a special mineral. This means that an RFD cannot create another RFD. So, by mining various minerals, in caves or elsewhere in the world (once per scene) the players create their own loot, however, that loot is always generated randomly, so the players are always searching for that perfect item and building their play style around the item they currently use (Think Diablo or Borderlands). Being connected to the online meta-server will allow us to disperse special, unique item blueprints for players as well as all kinds of other unique treasures. 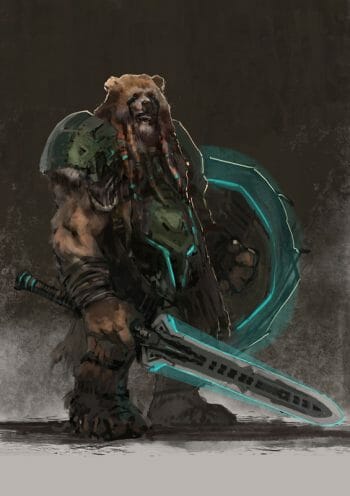 You’re asking for nearly $80,000 in 60 days. How much of the asking price is due to the app development?

We have a hotshot programmer and artist. The modest quote for application development is $10,000 with $5,000 for art and interfaces. The largest portion of our budget is the website. The website is where all the magic happens. However, we’ve separated our web and app development costs. So far, I’ve been paying for all the art, application and web development out of my own pocket. This is an expensive project, but we’re not just trying to make a book, we’re making an experience. That experience requires the apps, the website and the books and we would be doing our dream project a disservice if we only tried to get a small part of it finished. We asked for the amount we need to complete this project and get it to our backers.

Are you creating your own virtual tabletop? Why?

In a way, yes. Our apps for tablets, smartphones or laptops/PCs function very similarly to a virtual tabletop. The difference is in how it is executed. The Game Master hosts the “virtual tabletop.” His players connect to his server. This connection allows the other players to see everyone’s dice rolls, combat actions, initiative turns, etc. The Game Master can share loot, monster info and art, maps, NPCs, etc. just by making it public. Additionally, the players have access to individual companion apps. These companion apps are essentially character builders and levelers that allow the player to maintain their character sheet on their device. The player’s character sheet can be shared or hidden from other players, but the Game Master can always see it automatically, allowing the Game Master to make decisions in the story without having to ask a player for their information, which can be a tell to the players and reduce the suspense of the moment.

How far into the realm of MMORPG does Ultimum tread? Is it, for example, 10% MMORPG?

That’s a good question. How is MMORPG truly defined? Every Ultimum player that has an account on our website and connects to our main-meta server is technically playing in the same world as everyone else. The difference between Ultimum and Guild Wars, for example, is that a server in Ultimum is just one tabletop of players. But, all of these players’ actions’ from all of these groups connected to the meta-server contribute to the story of Ultimum. The players actions are collected and trended to develop meaningful changes to the world as the expansions drive the timeline forward. We will also have ways for multiple tabletop groups to schedule connected play sessions, where three or four tabletop groups can work towards similar goals or interact in various ways from turf wars to collaborating on special dungeon events. We have a special raid-style dungeon in mind that will allow several groups to progress down different paths, unlocking avenues and areas for other groups in the same dungeon. I suppose it’s as MMORPG as you want it to be. Conceptually, the only thing that separated Ultimum from other MMORPGs is the interface used to play the game (in our case a tabletop or mobile device) and how many players are tied to a server.

Are you using your own rule system for Ultimum? What other RPGs might be familiar in mechanics style?

Ultimum does have its own unique rule system. We’ve been play testing locally in front of brand new and experience players. The first thing the veterans say is, “This is really refreshing.” The first thing the new players say is, “I actually like this…a lot.” The mechanics ‘look’ similar to other systems because there is a finite way to show the same dice from game to game. We built a system that allows someone to pick up the book and start playing in 30 minutes with no prior knowledge of the game rules. Anyone with prior game knowledge can build a character and play in five minutes. Honestly, there aren’t any other RPGs out there that plays like Ultimum.

How do characters level up, if at all, in Ultimum?

Yes, characters are built around a 20 level system, but can surpass that if they choose. Each level character receive ability score points, skills points and health points to buy up their respective stats. Additionally, each player chooses a Talent from either their Race or Class. Each Race has 9 talents to choose from and each Class has 60 Talents to choose from. This allows for a surprising amount of customization. This doesn’t mean crunch and obstructive rules, it’s just choosing talents that you want to play with. I will also clarify that Talents are not grouped in trees. Talents are grouped in Tiers that unlock at certain levels. This allows characters to pick and choose from a wide selection without being stuck in a particular tree.

How does the storyline system work? Do players have to keep pace with the official game?

Players do not need to keep pace. There are still books that players can use to run their own games in whichever point in the storyline they wish. As far as connecting online, each time a new expansion debuts, a new meta-server will be spawned. This will allow players to join in an older server to progress the story forward again and have an opportunity to move that new meta-server’s story forward or continue with the one that is advancing. This gives new and old players the chance to experience everything for the first time, again and again.

You’re going to take the hit on any unexpected international shipping costs. How scary is that?

It’s not scary at all. We are working to secure printing at locations in England, Germany, France, Australia, China, The Philippines and Korea. These additional, smaller print shops will allow us to direct the printing from our home office and ship from those printers, directly to their own respective regions. Sure, there will be a few people outside those areas where we need to ship an order specially and we will calculate the shipping within the United States and that is what the customer will pay. We will pay the difference. So, if its $20 to ship in the US and $120 to ship to Antarctica (I’m sure it’s more, but just for example purposes) we will pay the $100 difference. We want everyone in the world to be able to play this game. We are extremely passionate about that. We’ll do whatever it takes to get you that book. If I have to trek through the frozen tundra of Kamchatka to get you a book, I will and I’ll #brofist after I hand it over. I like the cold. You also don’t technically need the book to play the game. You can always download the apps. But if it’s a book someone wants, a book they will get.

There’s a lovely pooch sitting beside Christian in the video pitch. Can you tell us anything more about Wrex?

Wrex just turned two years old. He is an Olde English Bulldogge (Half English, half American). We bought him from a breeder that kept their puppies in very poor condition. The weekend we brought him home, he began to sleep all day, unlike a puppy. We took him to the vet and he was in the final throes of Parvo-virus. We spent quite a bit to nurse him back and he had to stay at the vet’s for a week and half. Now, he’s the best dog in the world with loads of personality and is quite smart. I named him after my favorite Krogan. I think they actually have the same skull thickness…

At the time of publishing the Kickstarter still has 58 days on the clock and nearly $2,000 in support. Check it out. 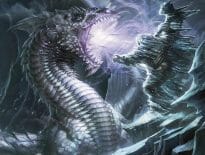 Tabletop & RPGs Getting started with D&D 5: A review of Hoard… 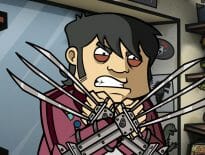