You are here: Home / Books / Comics / Be an educated geek: Storm review 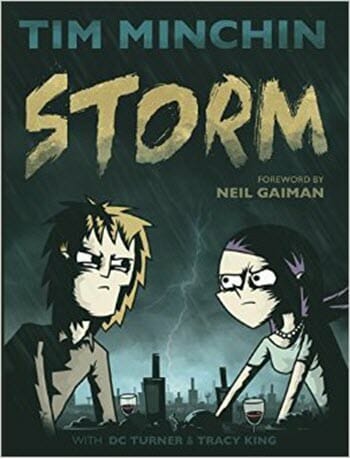 It’s been out for years but until recently I hadn’t heard of Tim Minchin’s Storm. How come? I’ve seen Minchin on telly. Why do I think this is so bad? I’ll let the free YouTube version of this spoken-song/poem speak for me in a bit.

But first; a quick introduction to Tim Minchin as it helps set the scene. The Australian has a background in theatre, earned wider attention at the Edinburgh Festival Fringe back in 2005 and by 2009 there was a documentary film about him called Rock N Roll Nerd. What you get from him is a blend of music, comedy and a hell of a lot of smarts.

In Storm he acts as the narrator at a small dinner party in London. They’re friends enjoying wine and chatting – until a fifth guest turns up. Welcome the hippy called Storm.

That 10 minute animation is pretty much all you need to know. Like it? You’ll want to have the illustrated book too.

The style of the book is the same. The illustrator is DC Turner. Turner doesn’t just draw, he animates and codes. He’s a musician too. I couldn’t think of a better match.

The book isn’t a direct copy of the animation. There are extra and alternative scenes. This comes as a pleasant surprise as it made the book well worth reading despite having now seen the animation many times. The book is as good. It’s as engaging. It’s as clever.

The foreword is another bonus too. When Neil Gaiman flatters your work then you know you’ve got a project to be proud of.

Mega fan? In addition to an eBook there will also be a deluxe hardback out on October 16th. The hardback will be numbered, signed and will have exclusive extra content.

The video below isn’t remotely as clever as the animation. It’s offered up as a peak inside the book and is made with Google+’s Auto Awesome. Auto Awesome means colour filters and fuzzy pictures.

Be an educated geek: Storm review 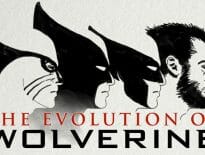 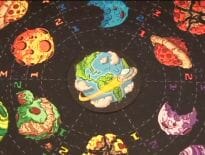