You are here: Home / Games / Tabletop & RPGs / Free until the end of January: The Great Game 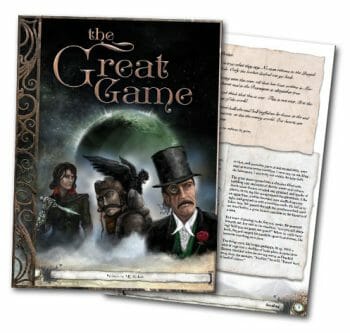 The Great Game takes a Lovecraftian steampunk spin to the historical Great Game. This was a time when the Russian and British empires fought for control in Central Asia.

The rule system, which shares ancestry with Nights of the Crusade, is part of the beta and Aetheric Dreams are asking for feedback.

Character generation is open-ended and the sample characters in the free (for now) download include beastmen as escapees from Dr Moreau-esque scientists, sentient robots and others inspired by Victorian-era fiction. 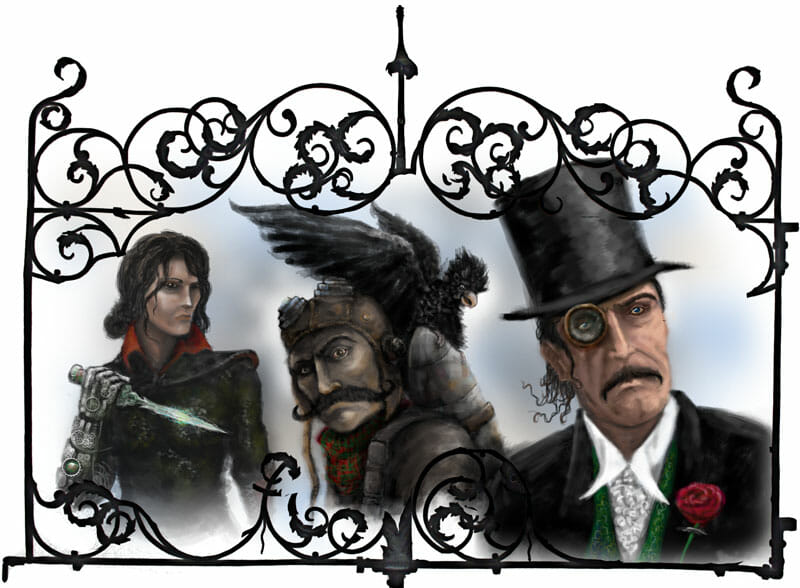 Included in the free RPG are notes from the writers. Here’s an excerpt;

“After designing and playing Nights of the Crusades, we realised that its system displayed examples of what has been termed ‘old school’. The system for the Great Game, however, has been designed with humans as the users. What does that mean? Imagination and creativity come easily to humans; whereas calculations and storing things in memory come easily to computers. Difficulty is added when humans and computers seek to enter each other’s area of expertise. This system of rules aims towards our human players.

Traditional RPG sub-systems, like combat initiative, hit points and a pre-determined list of abilities, were questioned and abandoned if they were deemed too abstract and didn’t add to the story being told. Another common issue is how material objects (as opposed to training) are viewed as separate to a character’s experience, but add to a character’s power. The Great Game seeks to combine experience and power by merging abilities, wealth and equipment into an elegant format.

It has always been viewed as good GMing to encourage players to describe how attacks are made. It is preferred that a player say, “Like a hydra, I weave in and out of the fray, darting my blades among the foe”, rather than saying, ‘I attack multiple targets.’ The advancement system promotes creativity and the tale weaving around the characters. It also allows players to drive a character’s wealth and equipment without resorting to an abstract market system or economy.”

Hard to picture? As it happens Aetheric Dreams is one of the most active RPG publishers on Pinterest and you can access a wealth of pictures and visual inspiration on their Great Game pinboard.

The download is free at DriveThruRPG for now. I asked author MJ Alishah when the beta was likely to finish and that’s where the January deadline comes from. Just be aware that that is not set in stone; the freebie may cease to be available before then or last a little while longer.

Free until the end of January: The Great Game

Tabletop & RPGs Elementary: a Review of Darkly Through the Labyrin…