You are here: Home / Games / Tabletop & RPGs / This is Your Brain on Slugs: a Review of Brain Slugs from Planet X 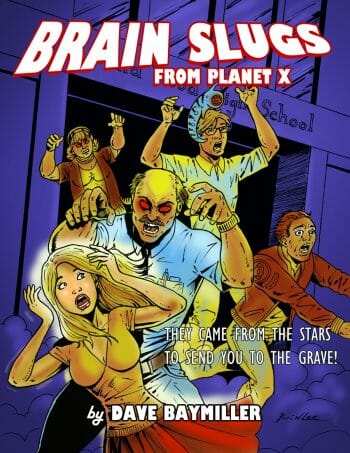 For the GM on a tight time-budget, the internet is overflowing with adventures for just about any RPG system, many of which are very affordably priced. Buyer beware, however, as many of these adventures are a “you get what you pay for” deal. “Brain Slugs from Planet X” is one such example.

“Brain Slugs from Planet X,” for the Savage Worlds roleplaying system, is a one-shot standalone adventure. “Brain Slugs” takes place in a high school, where the players play typical teenage stereotypes like the jock, cheerleader, nerd, and so on. The plot involves alien slugs crash-landing just outside of the Old Mill Road (you know; the one that’s “just outside” every small town?) two teachers in the wrong place at the wrong time end up getting their bodies hijacked by the slugs.

Chaos ensues. Witnesses are “silenced.” The two teachers, using a third slug, take over the principal. Their master plan involves distracting the entire school from the escalating amount of disappearances/murders until they can repair their ship and disappear. Your PCs, playing the typical “only kids who can see what’s really going on here,” are essentially railroaded into working alone, unraveling the mystery while fighting against bickering social cliques and the aliens trying to keep their secrets.

“Brain Slugs” is fast-paced and breezy, an ideal exercise for the Savage Worlds system. A GM of that game can certainly do worse. There’s nothing here that even a mildly-motivated GM couldn’t produce him- or herself in a single afternoon; however, only weighing in at five bucks, this 14-page adventure isn’t exactly going to break the bank.

Less forgiveable however, is “Brain Slugs” botched attempt at theme. Silver Gryphon Games tries to package “Brain Slugs” as a campy horror B-movie adventure, but aside from a few pages in the beginning telling a reader what a B-movie is, there’s nothing about this adventure that suggests this as a theme. The tired stereotypes the book presents as character templates, again, could be hobbled together by a GM and his or her players in a matter of minutes. Although the layout work is competent, the artwork clearly tries to evoke 60s/70s-era movie posters, but actually comes off more as 90s-era roleplaying game clip art. Your five dollars will get you little more than a plot for an adventure and some basic stat blocks, with none of the other frills you may expect of a published product: no read-aloud text; no standout set pieces, and, perhaps most damning of all, no maps. You do get a shameless plug for a massive high school map on DriveThruRPG, but that’s a separate product that’ll set you back $12. Without seeing that map, I daresay one is better off buying the map and making the adventure up on the fly, over buying the adventure and making the map, or purchasing both.

“Brain Slugs from Planet X” is not an inherently bad adventure; it’s just an uninspired one. A creatively-bankrupt GM who just discovered he or she is running a Savage Worlds game tonight might find the five dollars a worthy investment. Anyone else’s money would probably be better spent renting the 1998 Robert Rodriguez film The Faculty.

Brain Slugs from Planet X! was provided for review. It is available at DriveThruRPG for $5.00.

This is Your Brain on Slugs: a Review of Brain Slugs from Planet X 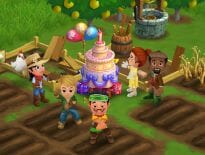 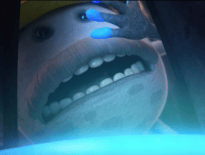