You are here: Home / TV / UFOSpotter84, a UFO sighting in the UK and… Celebrity Big Brother?

Here’s a bit of a mystery. Is there a connection between a YouTube upload called UFO sighting UK, a Twitter account run by UFOspotter84 and the latest Celebrity Big Brother.

The obvious conclusion is that C4 stands for Channel 4; as the TV channel is often referred to as such.

Looking ahead through the TV times I find a program I’d normally avoid like the plague. It’s Channel 4’s Celebrity Big Brother. That starts at 8, shows highlights from the last 24 hours in the house and finishes at 9. The show before is called “The Bible: A History” and it’s the film Slumdog Millionaire after that.

So is UFOSpotter84 and ‘UFO sighting UK’ really connected to a Big Brother? The show’s started already – so I’m told. Another option is that the video relates to either a sponsorship slot in Big Brother; an intro or outro piece, perhaps a sponsored game the celebs have to play or just an ad that airs for the first time during the show.

If there is no Celebrity Big Brother connection then this is just the first clue in a series of clues – which might turn out to be a very interesting treasure hunt!

I’ve an included a copy of UFOSpotter84’s “UFO sighting UK” video which was suplied to Geek Native by Unruly Media – a company that helps promote videos.

UFOSpotter84, a UFO sighting in the UK and… Celebrity Big Brother? 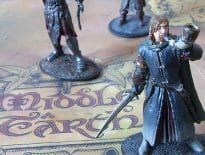