You are here: Home / TV / Anime / No Midgard Serpent: A review of Jormungand 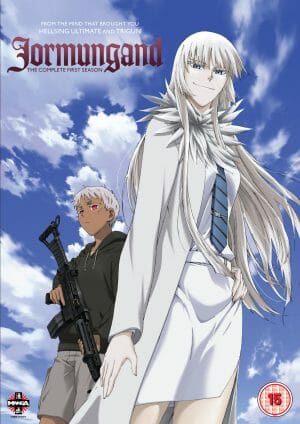 The anime Jormungand is named after the Midgard Serpent, Jörmungandr, a creature who it said will signal the end of the world should it ever let go of its own tail. This enemy of Thor is so large that it circles all around the world.

There is no more Norse mythology in Jormungand – even if the lead character Koko Hekmatyar looks a bit like an elf. In fact, Jormungand is remarkable in that there are no demons, no fantasy, no sci-fi and is set very firmly in real life.

Koko is an arms dealer. The other main character is a Jonah the child soldier. He’s seen some horrible stuff in his life and carries all the scars. Jormungand doesn’t really set out to try and portray arms dealers as anything other than evil. I kept on waiting for the anime to take a stand here; to either justify the actions or show some loophole as to why the characters we’re supposed to like do these evil things. It doesn’t. Jormungand does talk about the consequences of the actions or inactions the characters take and as a result some of the plots are quite dark.

It’s an odd ball. I found myself liking the characters, even the emotionless Jonah (which compares favourably to my struggles with Nabari), despite the actions they take.

There are a lot of characters in Jormungand but you’re never overwhelmed by the roster. This is thanks to the the Koko-Jonah combo who are so memorable. Koko, the lead arms dealer, has built herself a team of ex-military as soldiers and protectors. She’s a knack for reading people and has put together a great team. Many of the plots in Jormungand involve throwing this team into a challenge and then watching as they get their way out of it.

Don’t expect a Game of Thrones style body count but don’t assume that just because the anime has introduced a quirky or charming character that they’re going to survive. 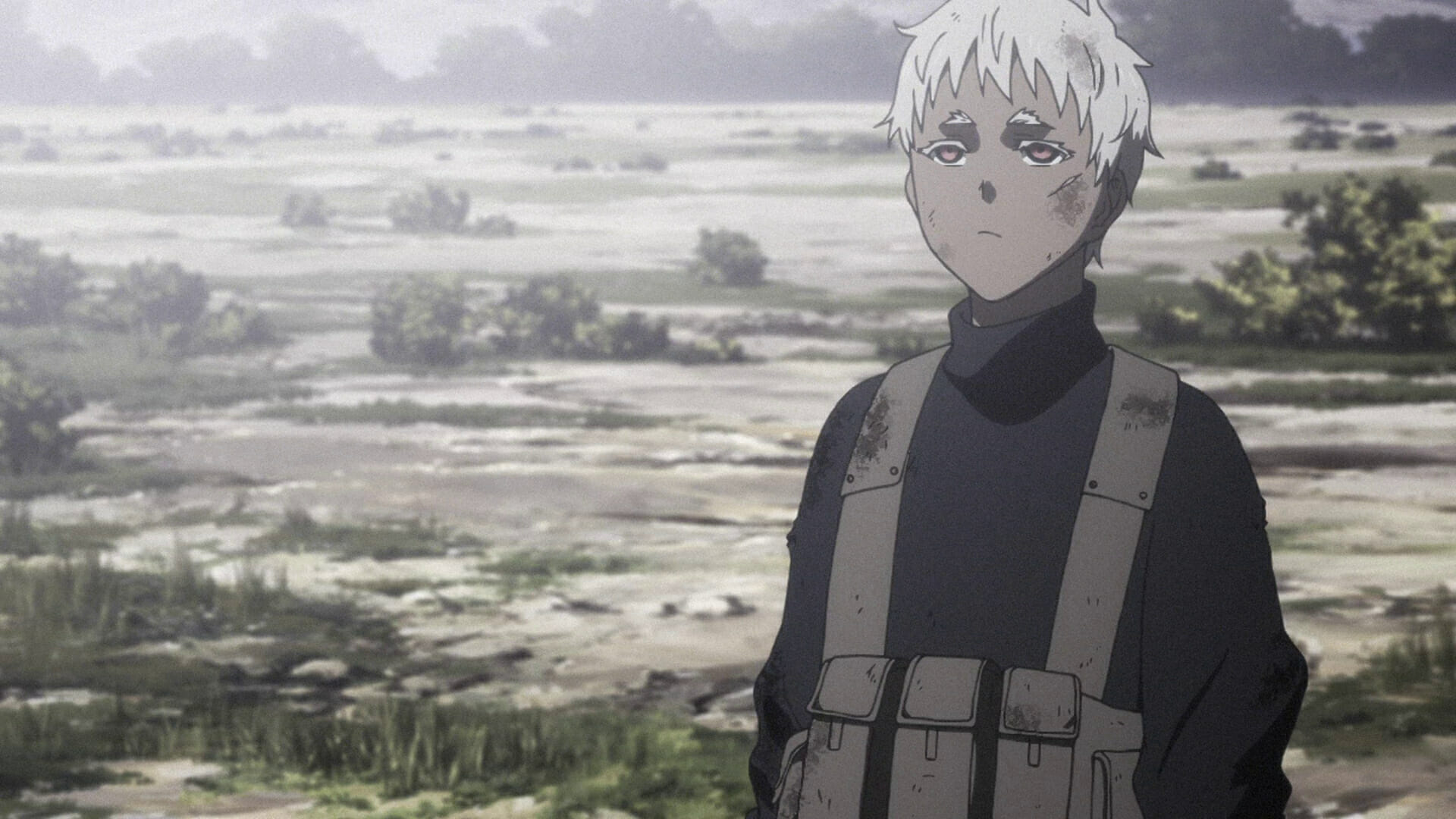 I don’t think Jormungand sets out to be dark and brooding. I think Jormungand sets out to be interesting. I suspect the arms dealer story was picked to create interesting characters and allow interesting situations. On that front; it certainly manages. The real conflict in the anime, the one that will determine whether Jormungand is your cup of tea or not, is on the realism front. Is Jormungand realistic enough to appeal? Or do some of the characters stray too far into the weird and unlikely? The one-eyed Chief, in particular, being one of the most unlikely and most central.

This conflict between feeling “real” and having unique and memorable characters is what gives Jormungand its unique feeling. If there’s any anime I can think of that’s even remotely similar then it’s Black Lagoon. Compared to Black Lagoon, though, Jormungand tones down the action in favour of more likely combat situations but tones up the oddball. After all, one of the musical themes for Jormungand has the following lyrics;

I enjoyed Jormungand far more than I thought I would. I’d happily watch a second season. I like the characters. I want to see what trouble they get into… and despite their shady business I want to see them doing well.

Like real world, real situation, anime with a twist or two and interesting characters? Give this gang of friendly weapons dealers a try.

I get the feeling that the world serpent could let go of its tail at any time though. 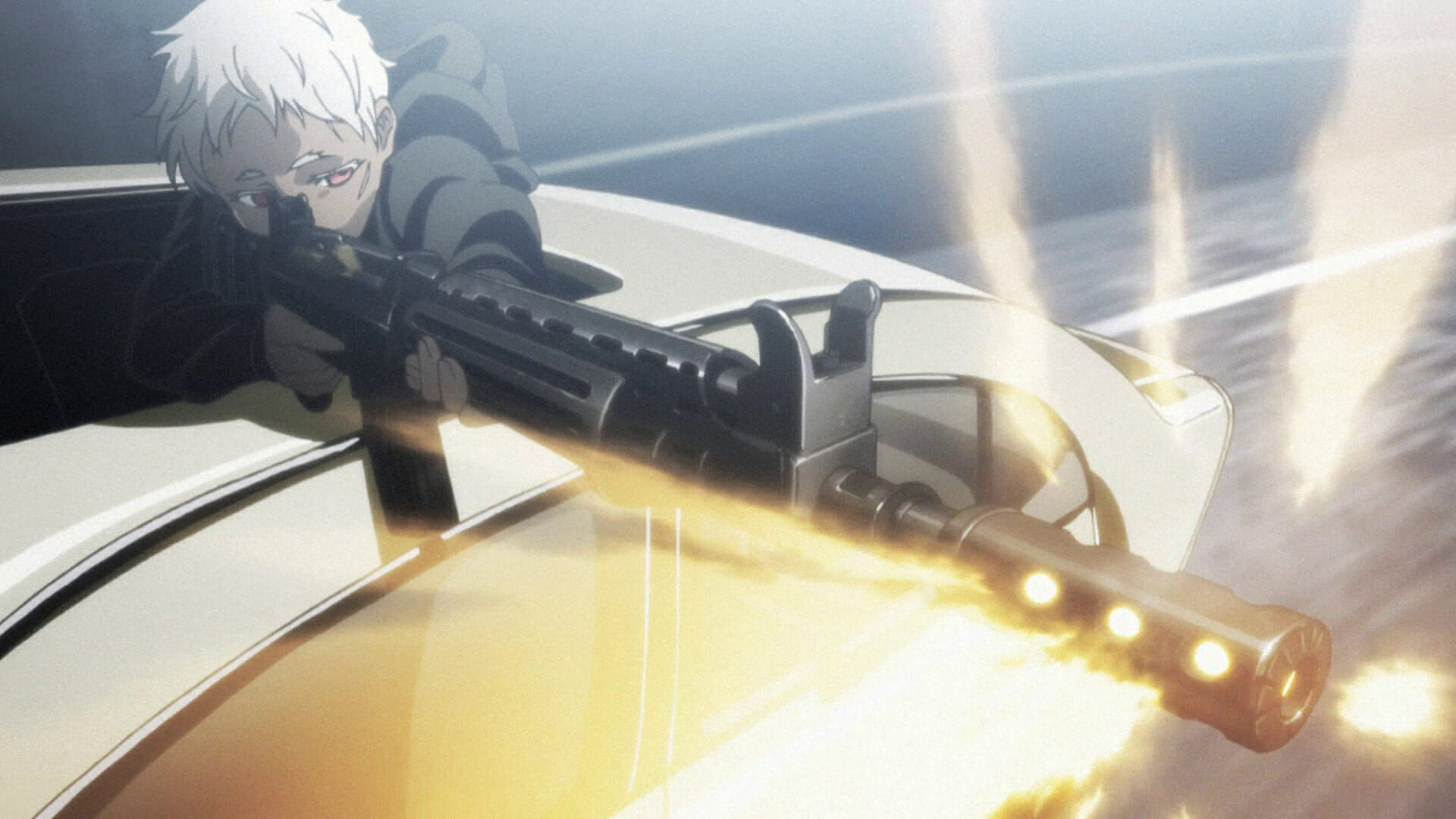 My copy of Jormungand was provided for review. Jormungand is out in the UK on DVD and Blu-ray for the 21st of July.

No Midgard Serpent: A review of Jormungand 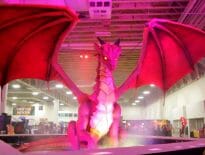 Geek Stuff Spot the stars in this FantasyCon cosplay video 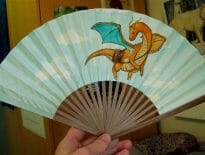