Harmony Gold Productions are the people who helped dub Dragon Ball in the 80s but are better known for being the US distributor of Robotech. The company has been slumbering for a while, it seems, but perhaps due to the ongoing sales strength of Robotech on DVD they’ve started to stir. Now they’re asking for $500,000 to Kickstarter Robotech Academy.

There are early bird tiers and they’re filling up quicky.

The Kickstarter will run from July 4th through to August 8th. At the time of posting they have very nearly $70k in the bank and over 1,200 backers. That’s too little data for Kicktraq to determine whether they’re on target.

You get a copy of the guide for a pledge of $5. A digital copy of the Robotech Academy pilot unlocks at $35 which includes the guides and scripts from lower pledge levels.

I’m really pleased to see Robotech on Kickstarter. I’m a little wrong footed by Harmony Gold being at the fore here. Why? This is their site. Wisely, they link to Robotech.com in the Kickstarter.

So fellow geeks – are you tempted to back this one? 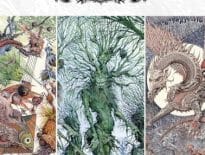 Books Gamer legend: A review of the Art of Ian Miller 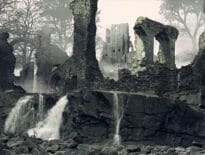