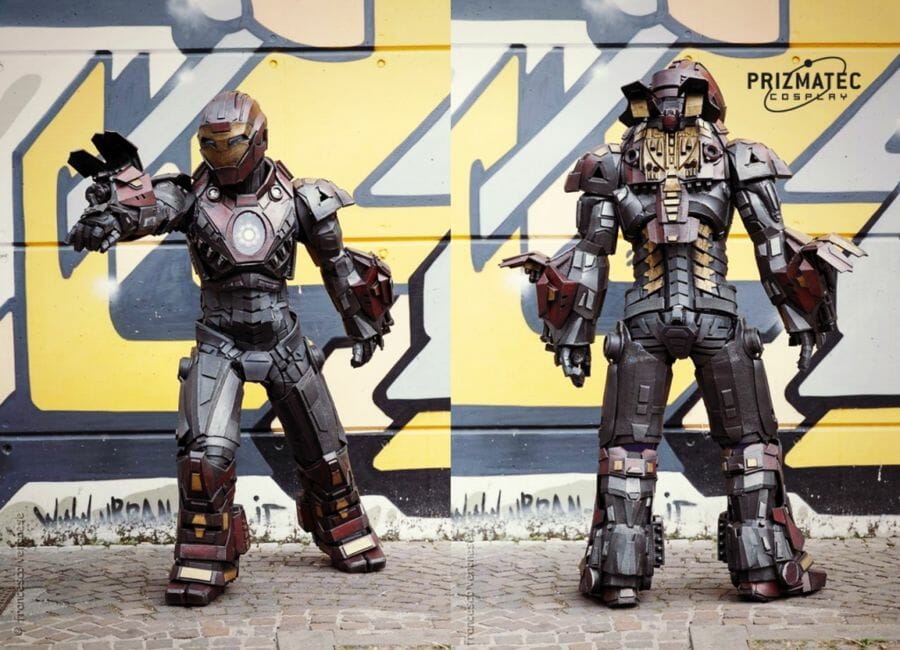 Ultimate Iron Man is so named as the variant from Marvel’s Ultimates series. In this series Tony Stark is still an inventor and still a business mogul but was born with a terrible mutation. As a result of the mutation his whole body is effectively a brain but terribly week.

The bad news is that the original Ultimate Iron Man miniseries was written by Orson Scott Card so it is best avoided. Mark Millar’s Ultimate Avengers vs New Ultimates retconned the series so that it was the origin for the anime Ultimate Universe. Perhaps start there instead.

This cosplay is by BlackLink2811. In the second photograph Ultimate Iron Man is in a fight with War Machine. 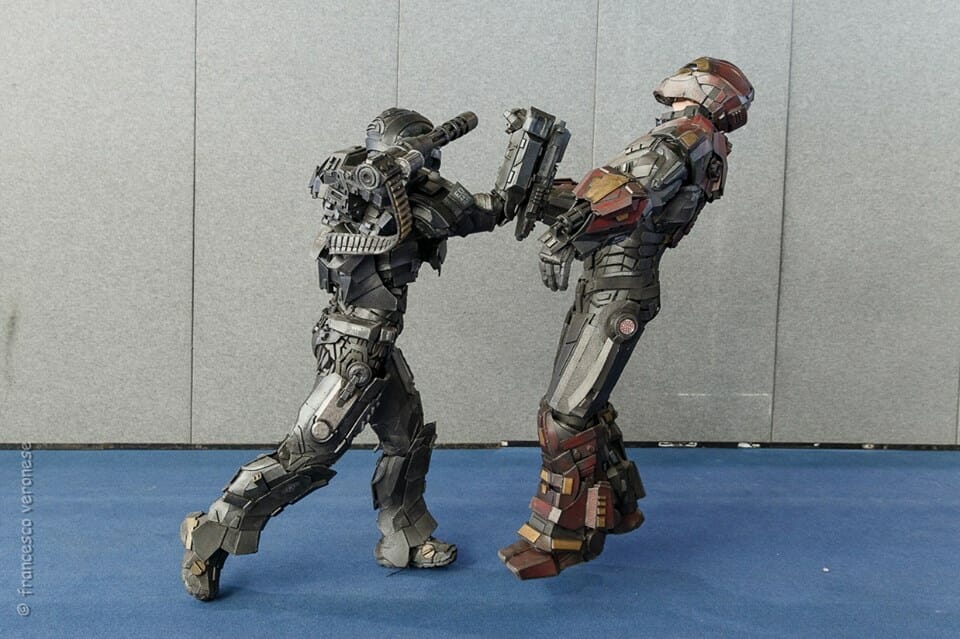 This superhero-themed post is from 2014’s Superhero Week. Made any good superhero discoveries online recently? Share them in the comments below or teleport to a new superhero article and keep reading.