You are here: Home / Movies / Trailer for Dracula Untold offers a new version of the old story

Why did Vlad Tepes become the Dracula we know?

Staring Luke Evans (Bard from The Hobbit, Zeus from the Immortals) as Vlad Tepes, Dominic Cooper (Henry Sturges from Abraham Lincoln: Vampire Hunter, Howard Stark from Captain America) and directed by Gary Shore the film shows the extremes Vlad Tepes goes to try save his boy.

Yes, it does look like Draculattacks the invading army with a flyswat of bats.

The music in the trailer is Lorde’s cover of Everybody Wants To Rule The World which was used in The Hunger Games: Catching Fire soundtrack.

NBC keep on yanking this from YouTube. I wish they’d work out whether they want people to see the trailer or not! Apologies if it’s gone but earn cool points by linking to live trailers in the comments below.

Eegwads. They’ve yanked this one too – was the release a mistake? Here’s a search on YouTube for anything “Dracula Untold” uploaded in the last 24 hours https://www.youtube.com/results?search_query=dracula+untold&lclk=today&filters=today 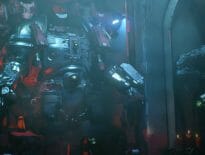 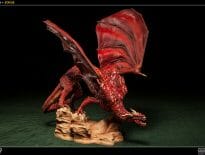