Destiny is Bungie’s new game. Having stepped away from creating Halo they’ve gone on to create a world in which the Traveller has been caught by the Darkness. The Guardians, people with the light of the Traveller, has humanity’s last chance.

This is a cooperative, also competitive, game in which you can create and customise your own Guardian.

The game is due out not just for the Xbox 360 and Xbox One but the PlayStation 3 and PlayStation 4 as well. Destiny’s release date is around September and the game is classified as a action roleplay. 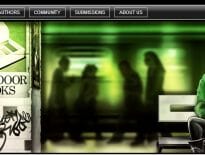