Charlaine Harris is the best-selling author who created the Aurora Teagarden series, the Lily Bard (Shakespeare) series and the Sookie Stackhouse series. The latter of which is also known as the Southern Vampire series or as True Blood by fans of the HBO series.

As part of a blog tour Geek Native had the chance to put three questions to hugely popular author. Only three. The goal? To find out a little about Midnight Crossroad, the new book and talk about blending the supernatural with mystery.

Not enough for you? The clock in the post reveals where and when the next set of three questions and answers will appear next.

Tell us about Midnight and the townsfolk. Who should we look forward to meeting and why?

There’s a character from every series I’ve ever written in the Midnight books, though a character from the Sookie series doesn’t show up until the second book. Bobo Winthrop owns the pawnshop; Arthur Smith is the sheriff; Manfred Bernardo rents a house from Bobo. There’s also a young witch, Fiji, and two nice men who own a combination antique store and nail salon. Just for starters.

How do you balance mystery, the supernatural and technology? Don’t they rather cancel each other out?

No, I don’t think so. I like to have fun with the different elements in the books; it’s more a challenge to write a credible mystery if you involve the supernatural, for example.

What would your top three tips for creating an interesting supernatural character be?

The same as for creating any other interesting character. The reader has to be able to relate to the character’s flaws or problems. Superman might be boring if it weren’t for kryptonite, right? There has to be something sympathetic about the character, no matter how loathesome his or her deeds are. 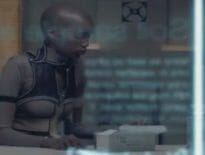 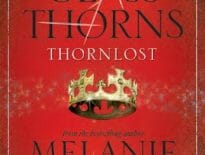