You are here: Home / Games / Tabletop & RPGs / It’s Not Easy Being Weird: A Review of Numenera’s Injecting the Weird 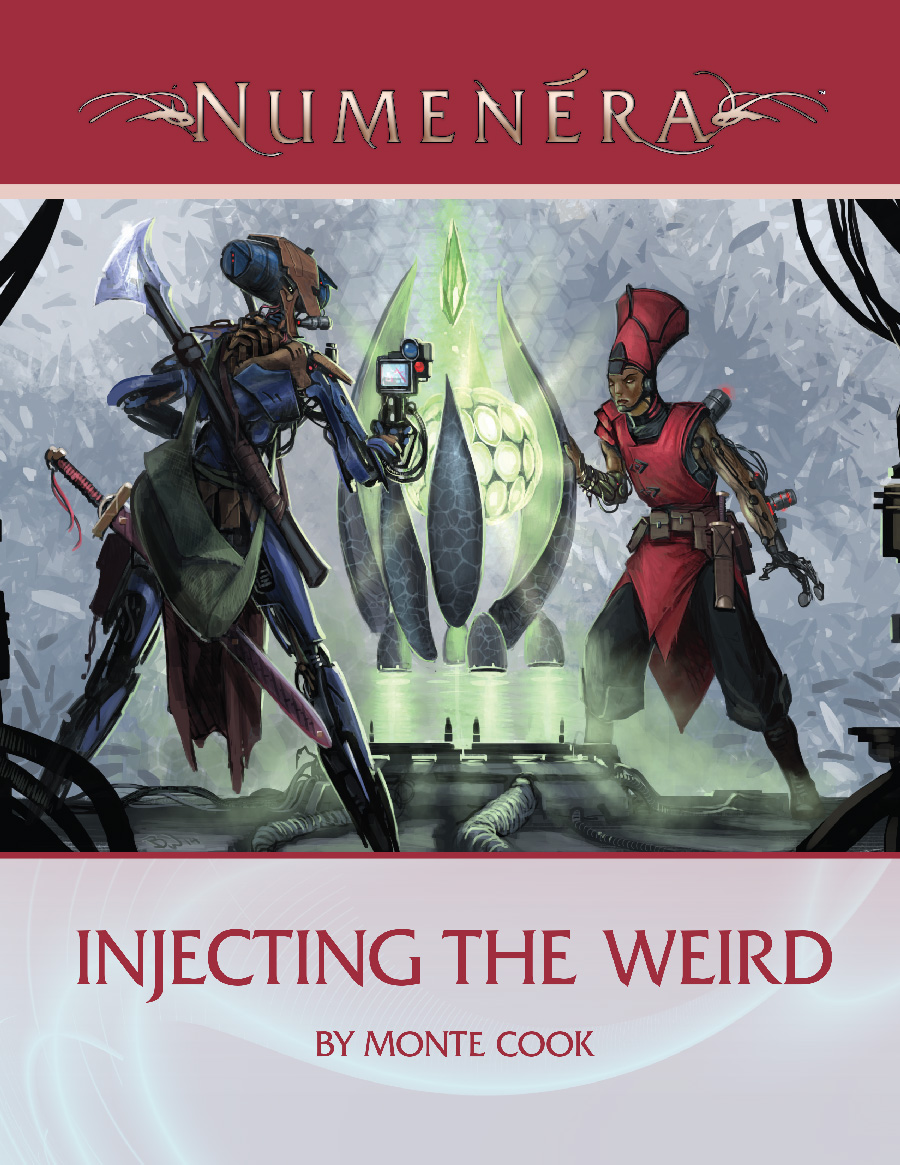 Injecting The Weird on RPGNow

Your mounts are quadruped leeches with shrivelled, underdeveloped forearms and an odour like pickled limes. Having arrived in Thexz, entering through a gateway in the wall of solidified whispers that surround it, and left the mounts in stables, you search out your contact.

H’eth is an ex-Aeon Priest who speaks with two voices, one like a background buzz of swarming insects, the other a whine that only younger members of your group can hear. She needs you to enter the Beyond and retrieve a beetle-like creature of indigo crystal that inhabits a tree made from flowing wax. Just another day in the Ninth World…

Injecting The Weird is a supplement written by Monte Cook, creator of Numenera, intended to assist in your weirdification of games in the Ninth World. To my mind, it might be trying something a lot harder than you might imagine. We all have different perceptions, so can Monte get the right level of weird across to the reader?

Form
Injecting The Weird is a Numenera Glimmer – a narrow, focussed supplement – written by Monte Cook. A PDF of 22-pages, it includes 21-pages of content – including credits – and a nice cover illustration of two characters facing each other across some sort of green light-emitting artefact.

The Glimmer follows the same format as all other Numenera supplements, primarily two columns of content with a marginalia scattered with extras, notes and cross references to the core book.

The art provides various visions of weird, ranging from people and machines to creatures and environments. I haven’t seen every Numenera supplement thus far, but I recognised a few images, recycled from elsewhere. The Ocular Host, for example, gets a third outing here (after The Devil’s Spine and the Bestiary), tucked away in the margin.

Features
The book starts with a brief explanation of why weird should be a facet of your Numenera game, followed by thoughts to the GM on explaining weirdness and why you should go to the effort. Essentially, I have found the whole business of the weird a struggle, because it theoretically needs a whole new mindset – and you need to bring the players along with you.

If you think about it, the Ninth World should be a lot like visiting a new country for the first time, one on the other side of the world, filled with alien cultures, religions, flora and fauna. You might have a few touchpoints that seem vaguely familiar, but most sights, sounds, sensations and experiences should be really different – or just different enough to make you uncomfortable. You should aim for something that makes your players feel perturbed, mildly bewildered, intensely curious, and even uncomfortable.

The core of the supplement breaks out in seven two-page tables, each featuring one hundred random entries. The tables include:

On the weirdness scale, I think the 700 entries vary wildly, though I suspect personal perception of weirdness to be a truly subjective. I varied from mildly disappointed, through to satisfied and appropriately bemused. I think the best stuff made me think and immediately generated other ideas. So, for example, on reading:

I immediately thought, wouldn’t it be weirder if each chamber contained a screen showing what will/might happen to the explorers when they enter. Why couldn’t the screens present probability vectors on future events based on the characters and their actions, broadcasting increasingly accurate visions of the explorer’s next steps. Or, maybe the screens provide a genuine glimpse of a parallel timeline 28 seconds out of synch with now.

I felt that some tables did weird better than others. For example, the first one only worked occasionally for me, while the second – on interiors – provided more moments and instances of weird that worked. Your weirdness appreciation might vary. Your subjective weirdness perceptions might go down as well as up.

The supplement has a scattering of new numenera in the margins. Three cyphers, two oddities, and an artefact appear in the margins, as well as two GM Intrusions and some fragmentary Ninth World encounters. New character options for the weird include a specific Descriptor – Weird – and two Foci – Masters Insects and Sees Beyond. The Sees Beyond Focus has a touch of the Lovecraftian about it, making it ideal if you’ve picked up In Strange Aeons and want to bring more oddness into your character generation.

Final Thoughts
I did get a few interesting insights from reading Injecting The Weird – like awareness of @WeirdOfNumenera on Twitter, posting weirdness since August 2013. However, I felt I could have done with a supplement much more like Love and Sex in the Ninth World, informing and enlightening. When Monte writes Glimmers like this, I want him to take the reins and try to translate some of his vision for Numenera into guidance and examples.

I appreciate the difficulty of getting weird on paper. Like I say, I see weird as subjective, just as we all have different tolerances for taste, colour, cinematic violence, or horror. Weird falls into that category where some might get 700 surprises from this supplement, and others might get nothing at all. For my part, I fell in the middle somewhere.

My copy was provided for review. Injecting The Weird, Monte Cook, Monte Cook Games, $4.99 in PDF.

It’s Not Easy Being Weird: A Review of Numenera’s Injecting the Weird 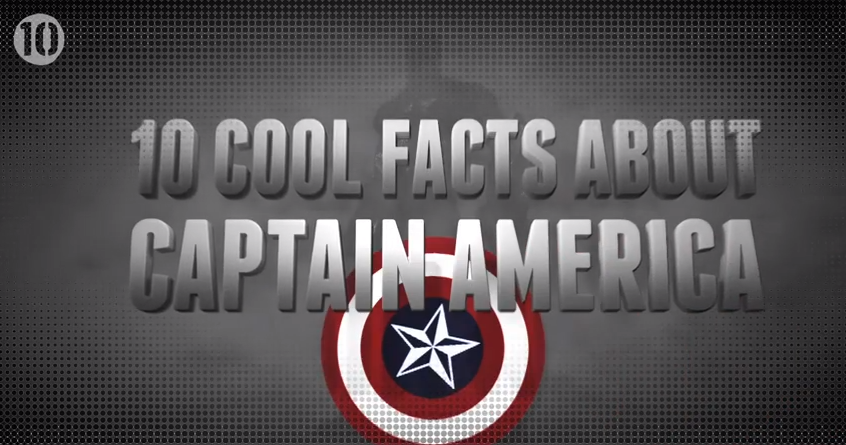 Geek Stuff 10 cool facts about Captain America that might sur…
💰 Copper Coins 💰 Geek Native is an affiliate and may earn commission on purchases you make from third-party sites.
🍪 Privacy & Cookies 🍪 The site uses cookies to survive. By accessing the site, you agree to use your browser to control cookie use or take 1d4-3 privacy damage (tracking). If you defeat cookies via ad blocking, please consider the Patreon. An intro to cookies, and how to control them, can be found here. I Manage Cookies