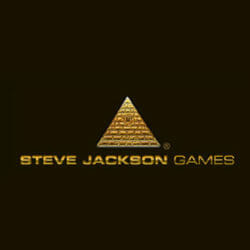 Munchkin Board of Health

The Munchkin Board of Health is a gameboard for Munchkin Cthulhu and Munchkin Zombies. There’s a dungeon room for every level, space for decks and discards and it comes with two sets of male/female tokens in six colours, matching colours and in-game bonuses for each players. 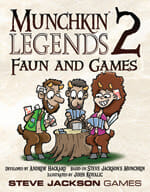 The latest card expansion to the Munchkin family offers up 56 more cards. Fans can now add the Spear of Density, the J. R. R. Trollkin, Wendigo and Hell Toupee to the game. Fauns enter as a new race that can caper in and out of danger. 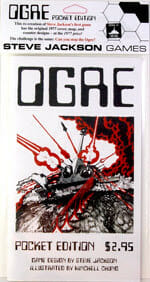 Ogre was the first Steve Jackson game back in 1977. It’s now featured in James Lowder’s popular “Hobby Games: The 100 Best” and with Ogre Pocket Edition you have an alternative to the 24-poun box, giant maps and several hundred counters that came out of the Kickstarter edition.

Ogre Pocket Edition is a small rulebook, 140 counters, a bare-bones map that Steve drew himself for the first printing of the game. The cost? Just $2.95 and that’s the same price as it was back in 1977. It’s a “thank you” for Ogre support from the man himself. 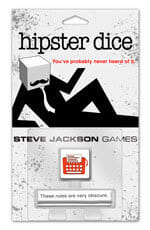 Based on the German success – Nichteinechteswürfelspiel – has updated vintage rules.

Anime Blade & Soul: Trailer and character art
💰 Copper Coins 💰 Geek Native is an affiliate and may earn commission on purchases you make from third-party sites.
🍪 Privacy & Cookies 🍪 The site uses cookies to survive. By accessing the site, you agree to use your browser to control cookie use or take 1d4-3 privacy damage (tracking). If you defeat cookies via ad blocking, please consider the Patreon. An intro to cookies, and how to control them, can be found here. I Manage Cookies