You are here: Home / Geek Stuff / Interviews / Making the most of #TwitterFiction Festival 2014: Twitter talks storytelling

You know Twitter. Even if you’re not on the platform; you’ll have writing and gamer friends on it. This blog has an account at @GeekNative and its used to share writing and connect with readers.

You might not know that this year Twitter is running a #TwitterFiction Festival. You’ve until February 5th to submit your idea and become a Featured Storyteller. Could this be your lucky break? A chance to use your creative brain for something other than outfoxing your RPG group with clever plot twists?

Andrew Fitzgerald’s job at Twitter is to work with authors and news organisation. He introduced this year’s festival and is an author himself, responsible for the near future novel The Collective. He’s also very kindly agreed to an interview.

For readers who didn’t encounter the #TwitterFiction Festival the year before last can you quickly describe what it is and how to get involved?

The 2014 #TwitterFiction Festival is a fully virtual festival of storytelling that takes place on Twitter from March 12-16. Authors and experimenters from around the globe will be sharing work in real-time both in the festival’s showcase and also around the hashtag #TwitterFiction. You can check out the website at twitterfictionfestival.com.

Are there any prominent sci-fi, fantasy, horror or geeky authors on Twitter you think Geek Native’s readers should be aware of?

I can’t speak to that specific genre but I hope readers will be interested to hear that a number of established authors will be feature as part of the showcase. You can check out a full list here – including Twitter handles – so take a look and see if there are any names you recognise there.

Very many of Geek Native’s readers will be following authors and hobby publishers from their own Twitter accounts. How do you think Twitter’s changed the relationship between writer and reader?

Twitter brings readers closer to the authors they love, whether it’s granting access to their lives or process or it’s seeing them experiment with new work in real-time. And for authors, Twitter is a forum where they can connect in real time with readers, as well as other authors and literary figures.

It’s a great way for writers to develop a fanbase and engage with those fans, and not just during the promotional window for your next book. Using Twitter also helps you stay up on news in the publishing world and stay connected to other writers you admire.

There will also be quite a few Geek Native’s who are writers or who are contemplating a writing project of their own. Do you think Twitter’s changed the nature of fiction?

The showcase is open for applications so I’d encourage any budding authors to consider taking part. Anyone can apply for the chance to tell their stories alongside the established authors, and even if you aren’t selected to take part in the showcase, you can still join in using the hashtag #TwiterFiction from the 12-16th March.

Twitter is a wide open frontier for creative experimentation. Given that it’s a global, public, real-time platform built first on the written work, Twitter represents an incredible opportunity for authors to create wholly new formats in front of a global audience of millions.

What’s the best way authors can use Twitter to get people interested in their books, writing and creations?

Today Twitter has more than 230 million monthly active users. People tweet in more than 35 languages and send over 500 million Tweets per day, so the opportunity to reach new audiences by using the platform is huge.

We have some tips for authors who are interested in using Twitter to connect with their readers on our website, here: https://media.twitter.com/best-practice/twitter-for-authors. These include tips such as:

What was your favourite entry from #TwitterFiction Festival 2012? Why did it work for you?

There were so many great projects in the first #TwitterFiction Festival it’s hard to pick just one! Some of the really creative ideas included Lucy Coats’ 100 Myths in 100 Tweets — I loved her tabloid re-writing of these classic tales; and Elliott Holt’s “Evidence” was a great example of leveraging Twitter’s ability to create fictional characters to tell a story from multiple perspectives. Her story was reviewed by Slate here.

How do you think Vine will influence the festival this year?

Vine is Twitter’s six-second video app and we’re very excited to see what the addition of Vine brings to the Festival this year— the six second Vine video format shares a lot of the same simplicity and flexibility with the 140 characters of Tweets.

What has been your favourite example of creative Twitter fiction in recent months from outside the festival?

This recent piece from Teju Cole was absolutely brilliant. I love Teju’s work both off and on Twitter, but in the latter he has really set the standards for creative experimentation very high. It’s always exciting to see what he will do next.

My Twitter composed mystery novel Executive Severance won the 2012 Mary Shelley Award for Outstanding Fiction and is America’s best-selling Twitter novel! Since January, 2013 I have been tweeting The Golden Parachute, a sequel to Executive Severance. Follow my tweets daily at @Twitstery!

Making the most of #TwitterFiction Festival 2014: Twitter talks storytelling 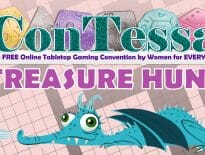 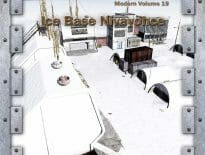