You are here: Home / Games / Tabletop & RPGs / Why was the Pathfinder Dice Arena cancelled? We ask Luke of Fun to 11

Right from the start the Pathfinder Dice Arena had interest and pledges on Kickstarter. In a surprise announcement Fun to 11, the company who had licensed the Pathfinder name from Paizo Publishing for the project, announced the Kickstarter would be cancelled.

But why? Geek Native reached out to Luke Peterschmidt, a partner at Fun to 11 and the name on the Kickstarter project, to ask. He very kindly gave us his time and replies. 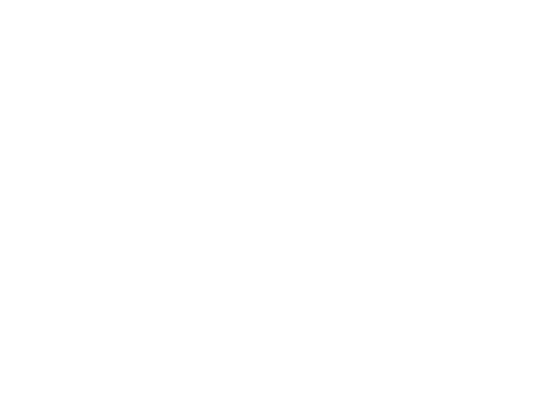 How tough was it to make the decision to cancel a successfully funded project?

It was one of the toughest I’ve had to make in my 20 years in the industry. I’ve had to cancel projects before that have had rabid fan bases (a lot of CCGs when they were on a down slide, etc..). Canceling a product line on the way down is tough, but it’s mandatory. You have to deal with the slings and arrows of angry fans, but there is no avoiding it.

Tougher was when I led the charge to take several clans out of L5R when I ran that product at WotC. L5R fans are super attached to their clan identities. Taking the clans out of L5R was a forward looking decision. We felt strongly that for L5R to get better, it needed fewer “characters in the story” so the stories could be more focused. When my (excellent) team executed that decision, we did it in the most transparent way possible. In the end, there were upset fans, but everyone understood why we did what we did and the product (thankfully) did get noticeably better with fewer clans.

But PDA was canceling a project before it even got to get fans because looking forward, we saw bad times. Made tougher by the fact that the game was designed by a good friend of mine. Made tougher again as it was funded. Made even tougher because for Fun to 11, this product had the clear potential to sell into to distribution and retail at a level so much higher than any of our previous projects. A Pathfinder product will get into almost every retail store, it will get translated into several languages, and very often it will get purchased mostly because it has the word Pathfinder on the cover.

You’ve said that feedback from fans and the community is the reason why the project was cancelled but what exactly was that feedback?

Sure. Towards the middle of the campaign, we ramped up our marketing efforts. I believe strongly that the middle of a KS campaign, even though it’s not as big as the end or beginning, can be the source of momentum and backers, and that work in the middle pays off at the end. The marketing was working well, and in the “dead middle” we were getting around 20 backers a day! The problem was, we were losing 23. I couldn’t figure it out, so I emailed a lot of the folks who cancelled, and to the credit of the Kickstarter community, they were more than happy giving honest feedback. Quite a few said that it was the holidays and they were tight on money. But a bunch of folks said that they basically backed based on the name Pathfinder Dice Arena, but when they looked further at the game (we had a print and play available on day 1), they realized it wasn’t the game they were looking for. That sent up huge red flags for the future of the product at retail, as the corollary experience at retail would be buying the game and THEN not realizing that it was the game they wanted. That’s a lot of unhappy customers (and while we’d have their money, it’s not the way we want to run Fun to 11).

I’ve seen fans on Facebook Groups ask whether people will get their money back. How does the Kickstarter system work?

We never got anyone’s money, so there is no money to return. The way Kickstarter works is that the project creator doesn’t get any money until the campaign successfully funds and ends. Since we cancelled the campaign, no one’s credit card was charged. No harm, no foul.

You’ve also mentioned some cancelled pledges. It’s evident that money is tight at this time of year but did anything else happen to cause a spike in cancellations?

I looked for outside influences. It’s all conjecture, but there were two big campaigns that launched during our campaign that might have caused us to lose some backers. The KS launch of the ill fated 25th anniversary HeroQuest game caused some ripples, and to a much smaller amount, maybe the MegaMan campaign. Of those HeroQuest would be much more in-lined with Pathfinder fans, but honestly, I don’t think they had anything to do with it – the Pathfinder fans are a well connected group and fairly insulated from competition. One of the real benefits of dealing with a powerful license like this.

It’s clear that some people really loved the proposed gameplay in Pathfinder Dice Arena. Is there any hope for those fans that the game, or something similar, will happen?

It’s definitely something we’re going to look at in the new year. Right now, we’re all sort of taking a pause over the holidays. We put a lot of work into seeing the mechanics through the eyes of Pathfinder characters (it turns out the mechanics just weren’t Pathfinder-ee enough), so if we go with another theme, we’ll need to do a bunch more development work and then a lot of graphic design. If we go this way, I don’t see it being ready to launch for 6+ months.

It’s been made clear that this is a Fun to 11 decision but how involved were Paizo in the process?

I called them and told them what I wanted to do. Lisa (CEO) was on board, so I worked with Jenny (their fantastic PR person) on communication options. Lisa, Jenny, and I saw eye-to-eye on the right way to communicate (total honesty and transparency), so there were no problems there. I got a ton of respect for Paizo and the way they treat their customers – a lot of companies would have asked us to make up some lame story, phrase it as a “delay”, and then just let it fade away.

Really good. They know that I’m looking out for their customers, not just looking to slap the Pathfinder name on a product and make some quick cash while potentially damaging their brand.

We’ve got an outside designer who has a really clever physical action game coming out early in the year, then I hope to have my next design ready (a game called “Outsourced” – sort of a worker dis-placement game where you win by being the first person to get rid of all your employees). We also have expansions in the works for both MSfG and Castle Dice. Not sure if we’ll get to it all in 2014, but that’s what’s on the idea board right now. And of course, we might be adding an updated version of what was PDA (that would probably bump Outsourced until 2015).

Why was the Pathfinder Dice Arena cancelled? We ask Luke of Fun to 11