You are here: Home / TV / Anime / Don’t piss off Satan: A review of Blue Exorcist part 2 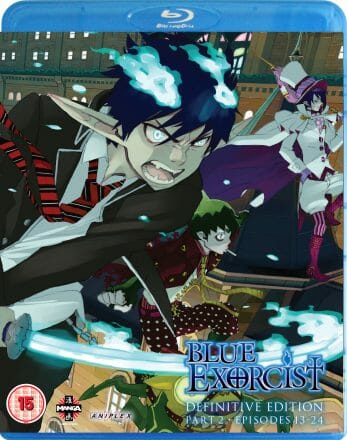 In Blue Exorcist part 1 we meet Rin. It’s a tough ride for Rin as he discovers he’s adopted, his foster father is an exorcist and his “natural father” is Satan himself. Rin even has a brother, but he had been too weak at birth to inherit the demonic taint and the deadly blue flames.

In part 2 you might be expecting to see Rin struggling to become an exorcist; working hard to complete his classes, fighting against demons and even those in the Vatican who refuse to see him as an ally but as an enemy.

I suppose there’s a touch of that in part 2 but events roll in like an avalanche and all of a sudden you’re wondering just how far things will escalate.

I’m in two minds over the ramp-up of extraordinary events.

On one hand, the flow of escalation is actually handled pretty well. Decisions have consequences and competent characters execute their plans without drawn-out, multi-episode, fights. It’s certainly a compelling plot and you’ll care more about Assiah the realm of humans and Gehenna the realm of demons.

On the other hand, this is very fast. What about all those great characters we had been introduced to? What about all the potential? It’s almost as the writers had been told far in advance that there wouldn’t be a Blue Exorcist part 3 and they decided to wrap everything up in the remaining episodes. This means all those other characters barely got a look in. 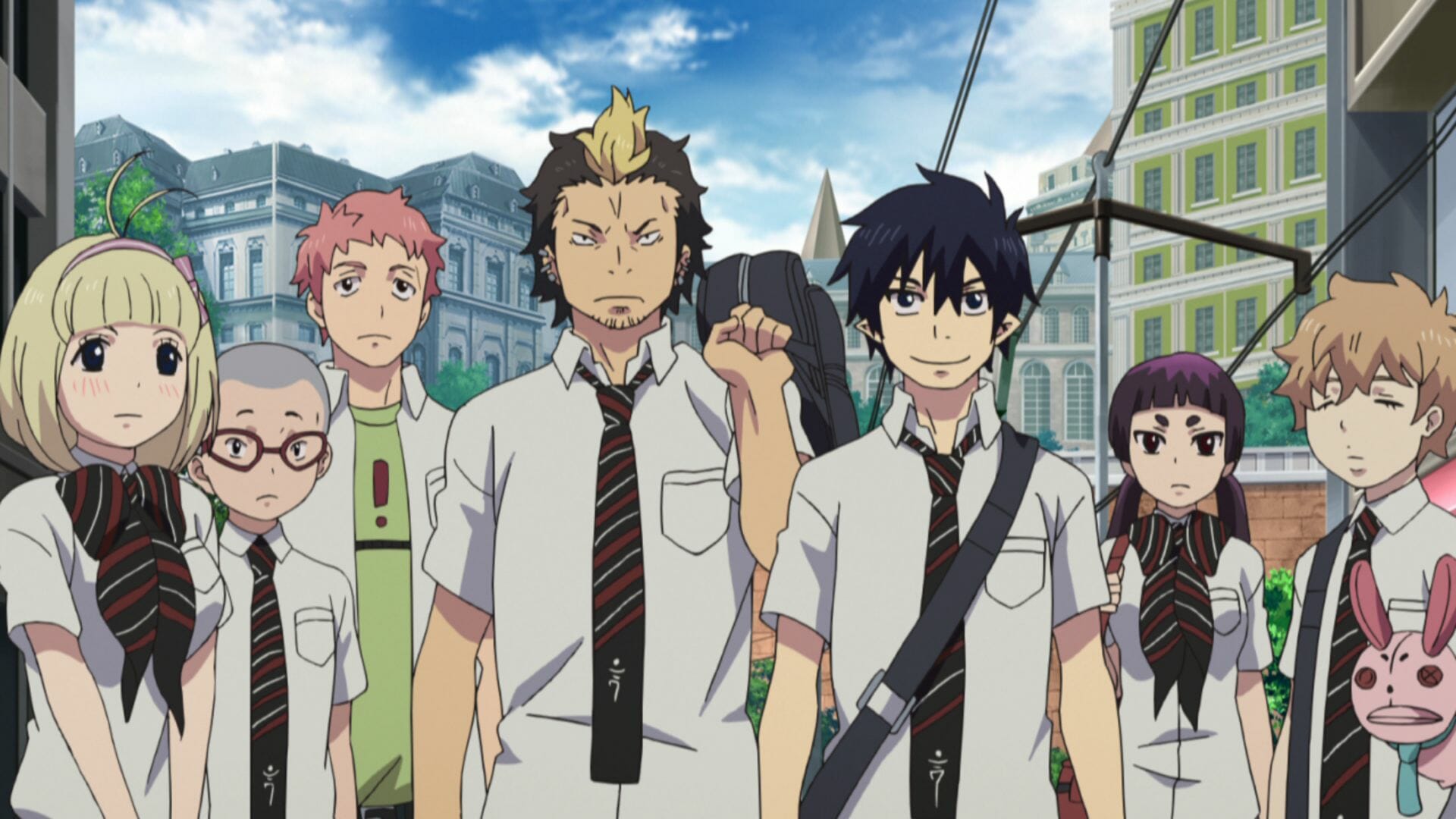 Blue Exorcist Definitive Edition Part 2 covers episodes 13 to 25. I believe the manga is still running but I’m not aware of any more animation. Crunchyroll only has 25 eps so perhaps the hypothesis is correct.

The attraction of Blue Exorcist remains in the second part. The characters are fun – all of them; even the classmates in the cram school. By part two you learn to pay close attention to them which will make you wonder about the kid with the puppet.

The events are fun. Battling demons begins as a “can do no wrong” excuse for melee but, amazingly, the show manages to bring out a sympathetic side to these horrors too. Even Satan.

Fancy cheerleading for Satan? This anime might be your best shot of finding a Satan character with the best ever excuse for being the bringer of death and darkness.

The silver lining to the likelihood of part two being the final part of the animated series is that the definitive editions pair make for a welcome addition to any collection. It’s a complete story, well presented and fun. 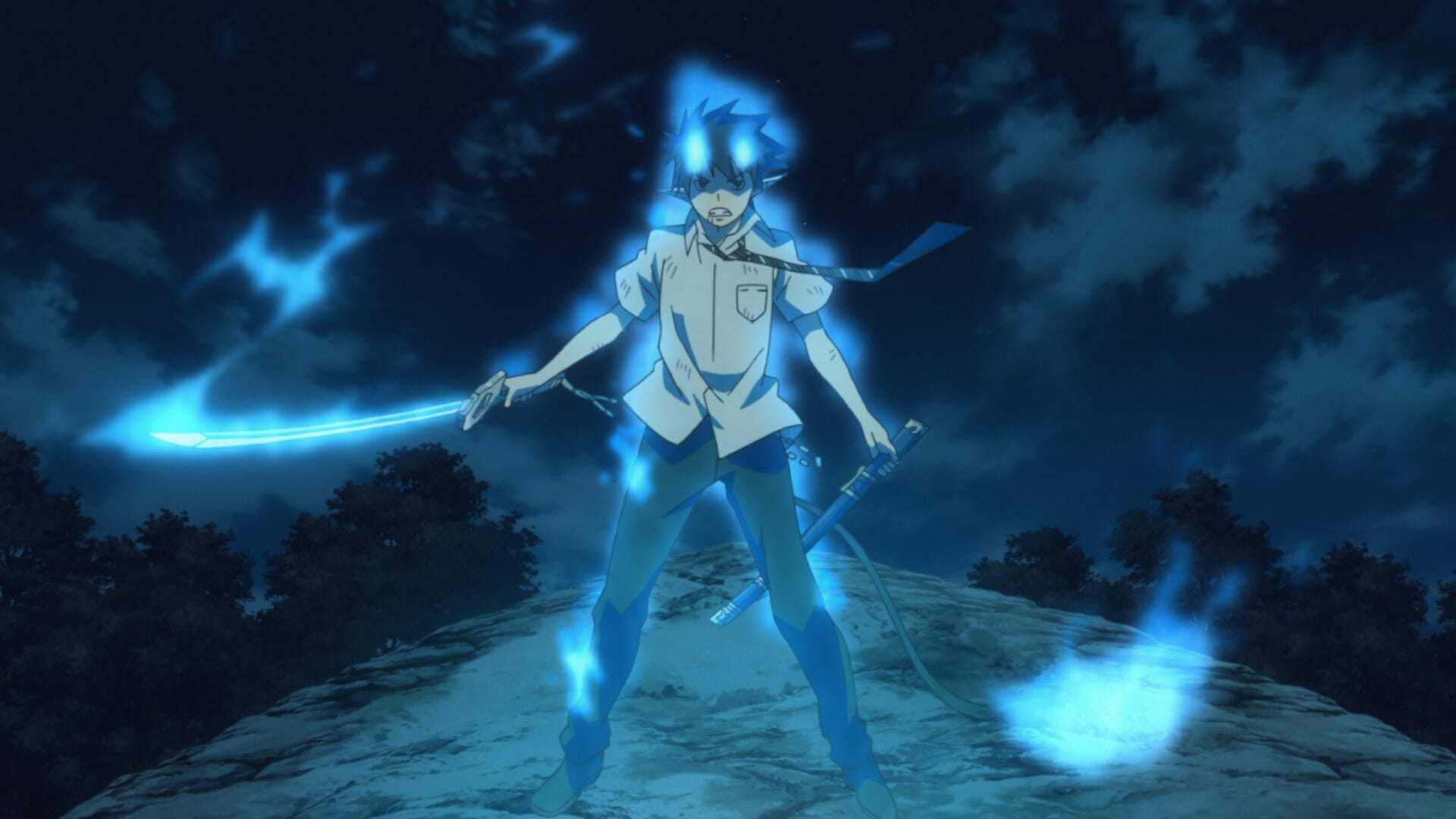 My copy of Blue Exorcist Definitive Edition Part 2 was provided for review. RRP £39.99 with a release date in the UK of the 9th December via Manga UK.

Don’t piss off Satan: A review of Blue Exorcist part 2 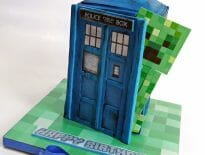 Geek Stuff The Creeper in the TARDIS 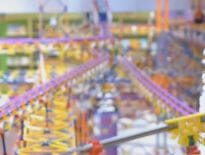 Geek Stuff 100,000 pieces for the world’s largest KR…
wpDiscuzComment Author Info
Manage Cookie Consent
This site uses cookies 🍪, and links are ads that may earn bloggers some money 💰, and with this alert, I very much hope that these dark truths 🧌 are acknowledged.
Manage options Manage services Manage vendors Read more about these purposes
Preferences
{title} {title} {title}
Loading Comments...