You are here: Home / Games / Tabletop & RPGs / What’s my motivation?: A Review of The Fire Within 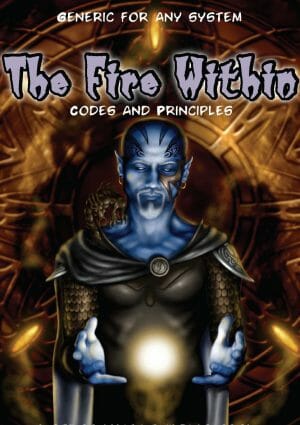 It isn’t just a question posed by pretentious, budding actors everywhere, but also something often heard across the table at role playing sessions. Whether you create a character yourself or get handed one the GM pre-generated for you, often you want something a little more colourful that a bunch of skills and numbers.

The Fire Within offers an interesting and quick to use tool for that very purpose.

Form
The Fire Within is a 12-page PDF, with a cover illustration, credits page, and 10-pages of content. Written by T. Glenn Bane, published by Scaldcrow Games.

The PDF has a clear, single column format.

Features
The Fire Within has a single goal, fleshing out one-dimensional role-playing game characters and gifting them with purpose. The supplement’s title refers to that very sense of motivation that comes with belief, without tying that belief down to a specific name.

Written to be generic, you can use The Fire Within with any game, whatever the genre. I don’t think you would have any problem using it with any but the most obscure game systems. The purpose of the supplement makes it ideal for one-shots, where you only want to spend a moment on character creation, but want to hit the ground running.

The Fire Within boils down to a list of seventy-three codes of conduct, principles or base motivations.

The PDF kicks off with a brief on the purpose of the supplement and an explanation as to why each entry has a Latin name. The writer explains that as many of these codes and principles would be familiar if listed with their real world name, so they have a Latin codeword to loosen that association.

So, one entry might be the code of Arthurian Knighthood, but because it isn’t named as such you won’t automatically associate any other connotations of King Arthur with the code.

You can spot a few common sets of beliefs and principles, but the Latin codewords work exactly as intended – and I can see this list as an ideal tool for a quick random motivation, whether when I play a game or if I run a one-shot.

While there’s no easy dice roll to generate a number between 1 – 65, you could write the Latin codeword down on a fortune cookie-style slip of paper and let players choose randomly. Alternatively, you could roll that d7 you picked up on a whim, along with a d10, to get a suitable result (counting a a result of 7 on the d7 as a zero). Or a player could just choose…

Whatever method you opt for, the list provides a quick way to give a character purpose, whether for a player or a NPC.

To keep that d7 in use (now that you’ve got it out), the last seven codes on the list provide villainous motivations suitable to the mean and dastardly only. Why should you leave the bad guy out?

If I have a small criticism, it would be to set Theresa Bane, the Editor, on the naughty step for 15 minutes. The first paragraph alone contains three obvious spelling mistakes and a couple of grammatical errors – “Stop breing ywo dimension” – that just needed clearing up on the last proofreading pass.

Final Thoughts
The Fire Within offers a simple tool and reference list for players and Gamemasters to give characters motivation in a moment. A quick flick through this supplement offers a speedy route to a personal code or dynamic purpose and a “tick” on your character generation check-list.

What’s my motivation?: A Review of The Fire Within 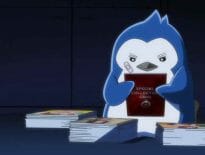 Anime Haunted by the past: A review of Penguindrum part …